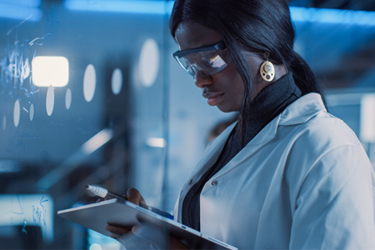 This BIOVIA customer is a global leader in surface modification technologies for vascular medical devices and a leading provider of chemical components for in vitro diagnostic tests and microarrays. The company’s expertise extends back to the development of drug-delivery technology for one of the industry’s first drug-eluting stents. The customer has combined proprietary surface technologies, and device design, development and manufacturing expertise, allowing them to offer significant value to medical device customers. The organization is focused on developing highly differentiated total vascular device solutions to meet the most demanding clinical challenges.

The customer’s research & development scientists were using traditional paper notebooks to record all of their procedures, experimental results, and testing methods. It is no  surprise that in the 21st century, paper-based record-keeping acts as a drag on the innovation cycle, slowing workflows as ever-increasing amounts of data is captured, recorded, and transcribed. Developing the technologies for high-performance vascular medical devices and in vitro diagnostics tests is a lengthy and complex process, and the documentation requirements to support this research are high in effort. The company was still successful, but knew that moving away from paper-based procedures would remove bottlenecks, prevent the possibility of transcription errors and ultimately put them into a more competitive position.