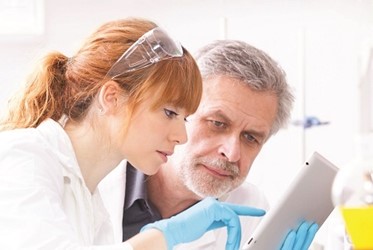 Market analysis done by Cytiva in 2016 showed that viral vectors are being utilized in a number of different ways. The most commonly used viral vector at that time was the adenovirus, although application of the lentivirus was rising due to its use in cell therapies, where viral vectors are predominantly used to transduce the cells and reinfuse the modified cells into the patient. When looking at other areas of clinical trial application, viral vectors are becoming a valuable tool in the promising area of oncolytics, such as with Amgen’s IMLYGIC®, as well as with the use of adeno-associated virus (AAV) in gene therapy.

As a growing number of approvals inspire more companies to explore and invest in this market, increasing speed and efficiency in the current methods of viral vector manufacturing is critical. Scalability, in particular, becomes a focus as the demand for viral vector supply multiplies. To address this, a team of process development and analytical scientists at Cytiva focused on developing a process for adenovirus manufacturing that would not only fulfill all regulatory requirements but also be inherently scalable up to 2,000 liters in their single-use stirred-tank bioreactors.