How Will New Trade Agreements Impact The Pharma Industry … And Patient Access To Medicines? 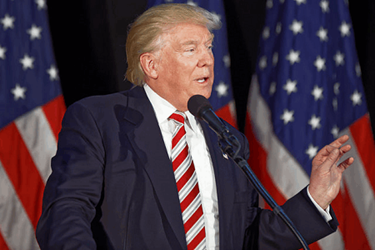 The new trade regime unleashed by President Trump has not only heightened trade tensions, it has the potential to affect patient access to affordable medicines. His administration’s Blueprint to Lower Drug Prices and Reduce Out-of-Pocket Costs highlighted foreign governments “freeriding” off of American investment in innovations. The president has focused on “addressing price disparities in the international market,” particularly among the countries that are part of the Organization for Economic Cooperation and Development (OECD). His blueprint states that “U.S. consumers and taxpayers generally pay more for brand drugs than do consumers and taxpayers in other OECD countries…. In effect, other countries are not paying an appropriate share of the necessary research and development to bring innovative drugs to the market and are instead freeriding off U.S. consumers and taxpayers.”1

As is evident from the fate of the UN declaration on tuberculosis, the barriers to access will grow because of many countries’ reluctance to add new fronts of conflict with the U.S. The draft text of the declaration2 shows that, under pressure from the U.S., it is stripped of language about the use of the Agreement on Trade Aspects of Intellectual Property Rights (TRIPs) flexibilities to reduce drug prices. Thus, even without formal bilateral treaties in place, the new U.S. trade regime is having an impact on access to medicines.

The 2018 Special 301 Report released in February 2018 by the office of the U.S. Trade Representative (USTR) had already indicated the Trump administration’s priority “to use all possible sources of leverage to encourage other countries to open their markets to U.S. exports of goods and services, and provide adequate and effective protection and enforcement of U.S. intellectual property (IP) rights.”3 The report identified a list of 12 countries, including Canada, China, Colombia, India, Indonesia, and Russia, on the Priority Watch List. Among their follies:

The common refrain among all of the complaints against the countries on the list is “inadequate” IP protection and enforcement. The USTR’s observations by themselves are sufficient to create barriers to access in developed as well as developing economies. The U.S. has been continuously trying to distance itself from countries that rely on any reference to the TRIPs flexibilities to improve access to healthcare, be it through the Special 301 Report, UN statements, World Health Assembly, or any other forum.

It is against this backdrop that the new trade agreements are taking shape. A preview of some of the key trade agreements indicates hardening of the stance on intellectual property rights (IPRs). This article examines a few of them (CPTPP, RCEP, CETA, EU-JAPAN) to understand how access to medicines will be impacted. The examination is limited to five areas, namely, patent term extension, patent linkage, border measures, protection of undisclosed test data, and use of TRIPs flexibilities for compulsory licensing.

The countries have agreed to suspend several IP obligations negotiated earlier under the Trans-Pacific Partnership (TPP). However, there are measures that would have a profound impact on access to medicines. These are:

Among other developments that would bear on access to medicines are the outcomes of EU-Mexico negotiations and the NAFTA. The EU-Mexico Agreement under negotiation seems to suggest that it will have “high standards of protection and enforcement beyond TRIPs rules.”4 It has identified three areas, namely, patent term extension, data exclusivity, and protection of plants. These would have significant impact not only on the access to medicines for the people of Mexico, but also U.S. citizens, as many manufacturing plants servicing the U.S. market are located in Mexico and will be governed by the provisions of the EU-Mexico treaty. The agreement also envisages empowering the customs authorities to target alleged IPR infringements.

The other major development relates to NAFTA. At the time this article was written, the Mexican secretary of trade and his negotiating team were in Washington, D.C., as outgoing Mexican President Pena Nieto is keen to strike a deal with the U.S. on NAFTA. It is noteworthy that the USTR is negotiating the NAFTA bilaterally with Mexico, leaving Canada on the sidelines. Any further concessions by Mexico would leave Canada in a tight spot.

It appears that going forward, patients may have to wait longer for affordable generics, as the new trade agreements will delay access to generics. In addition, these agreements would result in higher health expenditures for both developed and developing countries. This would indeed be a misfortune for the pharmaceutical industry as a whole. An industry that saves lives of people will unwittingly provide further fodder to those who wish to tarnish its image.

D. G. Shah is CEO of Vision Consulting Group and secretary general of the Indian Pharmaceutical Alliance. He can be reached by email at dgshah@vision-india.com.