A Due Diligence Checklist For Leasing A Biotech Manufacturing Facility 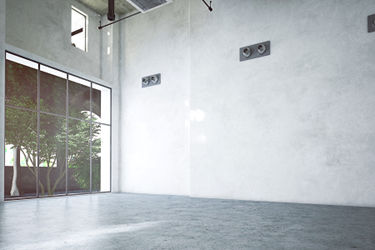 As we discussed in our previous article on buying and leasing property, the road to successfully acquiring a property for a biotech startup is littered with potholes and barriers. After the operating organization decides that leasing is the most economical approach, the search should focus on the technical merit of the property and the features it offers. The technical merit provides the basis for what spatial features will make the property work for its tenants, the capital cost required to make the space functional, and, ultimately, the operating cost.

This article provides a technical due diligence checklist that the operating organization can use to frame its decision-making process. This is based upon the standard design criteria that each company will face when fitting out the space for its process.

When selecting a facility to lease, the architectural layout is one of first aspects to examine. The space needs to be as square as possible, with a central area clear of any permanent fixtures (bathrooms, IT rooms) and immovable rooms. This will allow the biotech firm the freedom to lay out the laboratory and operational suites. The space must accommodate locker rooms, gowning areas, multiple airlocks, support areas, and material in and out movements and provide the adjacency needed to make it all functional. Wide open, unobstructed space is the key here, so the design engineer’s architect has the freedom to design without compromising on functions or having to demolish expensive interior real estate.

A key step is to check the dates on all the leased space’s drawings, so what you see is what you get.

Since most facilities were most likely not biopharma-grade operations, the condition of the internal finishes (doors, walls, ceilings, etc.) is not that significant. The danger is the real estate/building owner’s representatives will showcase elaborate offices, high-tech conference rooms, a glorious CEO’s office, and seemingly functional casework in a generic lab area. The grand offices are an emotional ploy to the egos of the biotech firm’s personnel. High-tech conference rooms are nice but are also a ploy. Meetings and collaborations are generally done in much smaller venues and desk to desk. Finally, the lab spaces with their casework may appear to be “move in ready,” but they are never designed for the biotech firm’s equipment and how their personnel work. It would be better for the users to design the space and build from scratch. In addition, the labs presented by the building owners in these scenarios are generally not functional and do not have WFI, gases (one notable case had false tubing connections dangling from the ceiling), proper drains, exhaust hoods, or vacuum and other utilities. In the end, the biotech firm will spend a small fortune bringing the lab up to the functionality it needs.

One of the most common problems we see in leased space is the lack of adequate power. As strange as it may seem, power is a recurring problem. Most of the “biotech parks” are converted office or commercial space in large clusters. Each of the individual tenants builds, modifies, and expands, generally consuming more electricity as needed. Each large cluster of space is served by one transformer provided by the power company. This transformer intercepts the power company’s primary cable (core cable) and provides a distribution to the individual tenants via secondary cable to their breaker panels. The transformer has a physical limit in its size and has only a given number of slots for secondary distribution. In most of these cases, the transformer was sized during the time the buildings served as offices. Now, with the new biotech firm’s requirements for HVAC units, freezers, and refrigerators, there may be an inadequate supply of power. If that is the case, a project is needed to work with the power company to intercept another buried primary, install a new transformer, and trench the cabling from the primary to the transformer and from the transformer to the biotech firm’s panels. This is usually done at the biotech firm’s cost, because it is discovered after the lease is signed. The key to avoiding this mess is to find out the power distribution scenario and requirements before the lease is signed and make sure the time and cost spent on any power upgrade is done by the building owner. An early engineering study on power is a small amount of money well spent.

It is important to discuss with the building owner what provisions they have for power outages. The minimum is a standby well-maintained backup generator to assure the freezers, refrigerators, and robotic equipment in the labs stay on, plus that the HVAC and interlocking systems in the production suites are maintained with power to protect the microbial integrity.

This should be an absolute minimum, and the biotech company must make sure all its critical systems are plugged into the power outlets supported by the automatic transfer system and the backup generator. In addition, UPS (uninterruptable power supply systems) are needed in the transition time between a power outage and the generator start-up for very critical applications, such as biological safety cabinets with cultures in them, HVAC exhaust systems in BL-2 and BL-3 facilities (maintaining a constant negative pressure), and certain robotic systems, among many others.

One common aspect of modern building owners is that they have their facilities wired for telephone and internet, as they are used to owning commercial and high-density office environments. The problem that the biotech tenant faces is that the internet/telecom was wired five to 15 years ago, when console phones were standard and wireless was not. Today, CAT 6 cable and overlapping wireless systems are needed for normal operations. Cell phones have replaced console phones, making the locations of hardwired CAT 6 drops fewer but more critical for internal systems such as a BMS (building management system). In leasing a facility, ask the building owner the age of the network, the layout, and the wireless capacity.

A basic need for the facility is the HVAC system for the lab and manufacturing suites. A typical HVAC for an office environment requires two to five air changes. Office HVAC systems are typically accommodated by rooftop DX units using air-to-air coil exchangers and gas burners for heating. These units can be fine for the office and general areas, but do they work? Before signing the lease, these need to be inspected and evaluated and, if not in working order, they need to be replaced. Typically, the building owner will let these run in place for years. The biotech firm needs to insist on replacement of any HVAC air handling unit (AHU) older than 12 years.

A low microbial and low particulate environment requires 20 air changes per hour (ACH) per room for EU class D and BL-2 labs, and EU grade C requires between 60 and 90 ACH. This requires a completely different type of HVAC system that has liquid cooling and heating loops with options of exhaust and damper activated controls. To support the liquid cooling, a multistaged chiller system is needed, and to support the reheating of the air, an inline boiler is required. These units are all ground-mounted with their pump skids and should be obvious in the utility areas behind the leased space. The typical cost for a fully capable HVAC system with chilled water/heated water is between $250 and $400 per square foot of covered space. This is the single largest expense that a biotech firm will pay in the facility revamp and should be covered by a cost sharing agreement with the landlord prior to any lease signing. A chiller should be a standard feature of the leased facility.

The subject of HEPA filters should only be addressed in the engineering design post property acquisition, as the symmetry of the locations must be customized.

Unless the property was a legitimate and functioning lab, critical gases may not be present. Compressed clean, dry, oil free air is needed for most major equipment in the lab and in the manufacturing suites for autoclaves, robots, skid valving manifolds, sparging systems, etc. The landlord should at a minimum provide a compressor and a tubing system with appropriate safety systems for compressed air.

Nitrogen, carbon dioxide, and oxygen are other typical gases that a landlord may or may not provide. The extra complication of USP certification may drive the landlord to lump this under tenant improvement.

Drains, although a mundane topic, can be very expensive when you need them at certain locations. The cost is due to the fact the concrete floor must be cut open, the drain line installed, the area re-concreted, and then the piping system connected. This is why the biotech firm must have its own architect look at the layout and provide recommendations. It is also important that the landlord has up-to-date plumbing drawings, so you can install a sample port for external drain sampling. Most states have regulations requiring the ability to sample as they need, especially if you are working with engineered or virulent strains of organisms.

Who thinks of the roof when leasing any property? You really need to, because most commercial office space only has lightweight DX HVAC units on the roof, and thus the roof joists are light and weak. This could mean the roof will not support any new industrial HVAC AHUs or support gear. This would necessitate building a roof platform and supporting it by penetrating the roof with beams anchored into the floor below. This is a massive cost exposure of between $500,000 and $1.5 million. The property the biotech firm is considering must be able to support industrial rooftop equipment.

Speaking of roofs, how old is the existing roof and what is the replacement life cycle? Assuming the building owner has it covered has resulted in biotech firms finding themselves chasing mold issues in their leased space and pushing out project timelines due to roof replacements.

The ceiling overhead space in a biotech facility is where the major ductwork, pipe runs, power, instrument lines, and other support gear exist. If the standard room height is 9 or 10 feet, the space between the roof joists should be at least 7 feet in order to route all the support systems. Ultimately, the ceiling space needs to be about 17 feet or more for the facility buildout.

The biotech firm considering leasing a space must decide who is paying for what features and understand the feature analysis based upon the above list. Always remember, verbal promises are quickly forgotten, so all the promises from the landlord need to be written in the lease.

Herman Bozenhardt has 43 years of experience in pharmaceutical, biotechnology, and medical device manufacturing, engineering, and compliance. He is a recognized expert in the area of aseptic filling facilities and systems and has extensive experience in the manufacture of therapeutic biologicals and vaccines. His current consulting work focuses on the areas of aseptic systems, biological manufacturing, and automation/computer systems. He has a B.S. in chemical engineering and an M.S. in system engineering, both from the Polytechnic Institute of Brooklyn. He can be reached via email at hermanbozenhardt@gmail.com and on LinkedIn.

Erich Bozenhardt, PE, is the process manager for IPS-Integrated Project Services’ process group in Raleigh, NC. He has 13 years of experience in the biotechnology and aseptic processing business and has led several biological manufacturing projects, including cell therapies, mammalian cell culture, and novel delivery systems. He has a B.S. in chemical engineering and an MBA, both from the University of Delaware. He can be reached at via email at ebozenhardt@ipsdb.com and on LinkedIn.