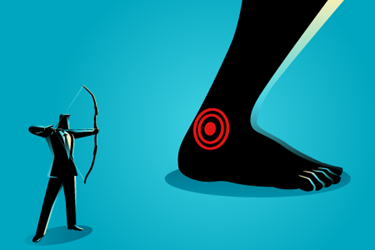 Following the terror attacks of Sept. 11, 2001, the U.S. Department of Homeland Security issued Presidential Directive 7: Critical Infrastructure Identification, Prioritization, and Protection to establish a national policy for federal departments and agencies to identify and prioritize critical infrastructure and to protect them from terrorist attacks. The directive’s goal is to protect critical infrastructure, including agriculture and food; public health and healthcare; drinking water and water treatment systems; energy, including the production, refining, storage, and distribution of oil, gas, and electric power, except for commercial nuclear power facilities; banking and finance; national monuments and icons; and the defense industrial base.

In addition to acts of terrorism, other nefarious events such as illegal, falsified, intentionally contaminated, and/or counterfeit products also threaten the supply chain and can impact critical infrastructure and disrupt the flow of pharmaceuticals.

CARVER + Shock is a vulnerability assessment tool that can help manufacturers of medicinal products protect their products from deliberate contamination. CARVER was originally developed by the U.S. military to identify areas within critical or military infrastructure that could be vulnerable to an attack, while at the same time minimizing the risk to the attacking force. The CARVER + Shock technique can be applied to raw/starting materials, production, distribution, and commercial and retail sales.

CARVER is an acronym for the following six attributes:

A seventh attribute, Shock, adds the combined health, economic, and psychological impacts of an attack.

The application of the CARVER + Shock technique includes five steps:

The FDA’s Carver + Shock Primer, An Overview Of The Carver Plus Shock Method For Food Sector Vulnerability Assessments provides the following definitions and scoring criteria for completing a vulnerability assessment.

A target is critical when introduction of threat agents into food at this location would have significant health or economic impact. 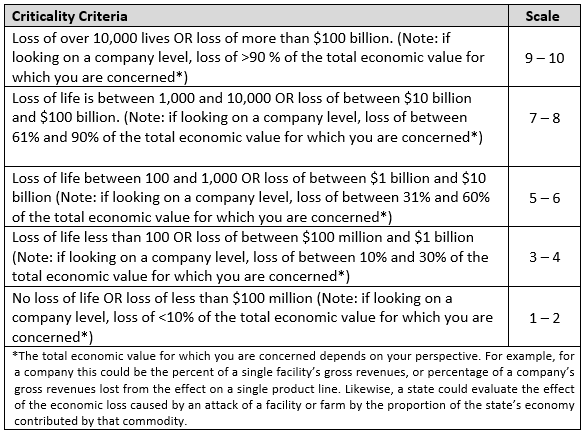 A target is accessible when an attacker can reach the target to conduct the attack and egress the target undetected. Accessibility is the openness of the target to the threat. This measure is independent of the probability of successful introduction of threat agents. 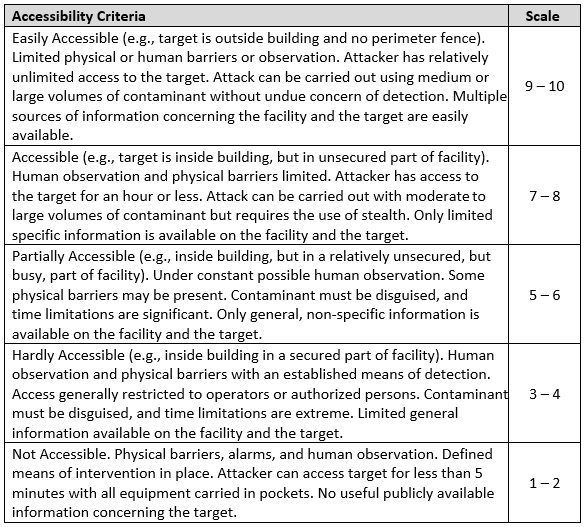 A target’s recuperability is measured in the time it will take for the specific facility to recover productivity. 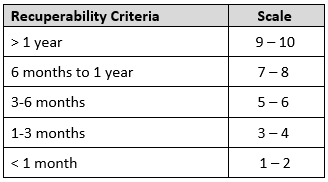 A measure of the ease with which threat agents can be introduced in quantities sufficient to achieve the attacker’s purpose once the target has been reached. Vulnerability is determined both by the characteristics of the target and the characteristics of the surrounding environment. It is also important to consider what interventions are already in place that might thwart an attack.

Effect is a measure of the percentage of system productivity damaged by an attack at a single facility. Thus, effect is inversely related to the total number of facilities producing the same product.

A target’s recognizability is the degree to which it can be identified by an attacker without confusion with other targets or components.

Shock is the final attribute considered in the methodology. Shock is the combined measure of the health, psychological, and collateral national economic impacts of a successful attack on the target system. Shock is considered on a national level. The psychological impact will be increased if there are a large number of deaths or the target has historical, cultural, religious, or other symbolic significance. Mass casualties are not required to achieve widespread economic loss or psychological damage. Collateral economic damage includes such items as decreased national economic activity, increased unemployment in collateral industries, etc. Psychological impact will be increased if victims are members of sensitive subpopulations such as children or the elderly. 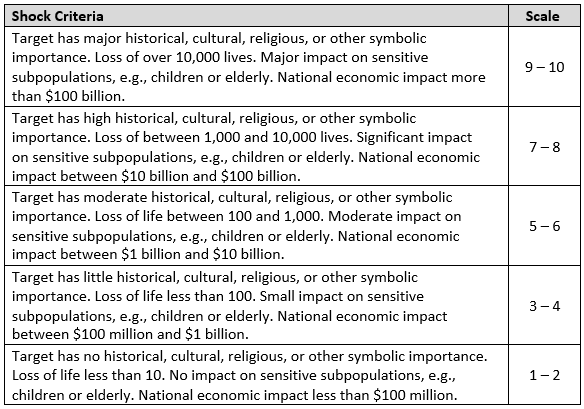 The vulnerability assessment determined the greatest risks are associated with the starting materials, transportation of finished goods, and retail sales.  These are the three areas where the organization will focus its resources to minimize the threat of nefarious events.

There are several strategies available for an organization to use to minimize the threat of a nefarious event, including but not limited to:

While the FDA’s primary focus for the CARVER & Shock technique has been the food supply, the concepts can be readily applied to medicinal products, including pharmaceuticals. Vulnerability assessments, like any other risk management documents, should be periodically reviewed for adequacy, changes, and effectiveness.

The discussion above focuses on using the Carver & Shock technique for identifying and deploying risk mitigation strategies throughout manufacturing and distribution.  There are many more tools available to identify, analyze, mitigate, and monitor risk.

I cannot emphasize enough the importance documenting the tools and methods used. Best practice includes providing rationale for your organization’s use of risk tools and activities.  The requirements and risk management tools presented in this article can and should be utilized based upon industry practice, guidance documents, and regulatory requirements.

Mark Allen Durivage has worked as a practitioner, educator, consultant, and author. He is managing principal consultant at Quality Systems Compliance LLC, an ASQ Fellow, and an SRE Fellow. He earned a B.A.S. in computer aided machining from Siena Heights University and an M.S. in quality management from Eastern Michigan University. He holds several certifications including CRE, CQE, CQA, CSQP, CSSBB, RAC (Global), and CTBS. He has written several books available through ASQ Quality Press, published articles in Quality Progress, and is a frequent contributor to Life Science Connect. Durivage resides in Lambertville, Michigan. Please feel free to email him at mark.durivage@qscompliance.com with any questions or comments.