A Rare-Disease Champion For Gaucher Disease

Rogerio Vivaldi’s experience with rare-disease therapies teaches that drug development is never finished until simple and certain access for patients is ensured. 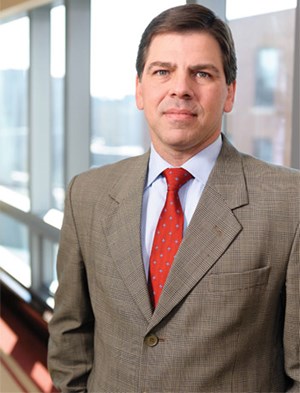 Rogerio Vivaldi may be the most unique pharmaceutical executive I have ever met. His background, history in the industry, and longtime mission — all sound more like an adventure than a career, as if he slayed monsters and rescued fair humans to get where he is. And in a way, he did. If you see Gaucher Disease as monstrous and its sufferers as the humans in dire distress, Vivaldi will appear as the hero discovering his fate: delivering life-saving and life-redeeming therapies to those who need them.

Vivaldi’s saga began in Brazil, where he won universal access to Genzyme’s enzyme replacement therapy (ERT) Ceredase (imiglucerase). In doing so, his travels took him from the urban streets of Sao Paulo to the third-world regions of the Amazon. His odyssey progressed as he followed the same calling in many other countries, then went on to take command of a global business in treatments for Gaucher and other extremely rare diseases where patients previously had no hope. Prior to his current position as CEO of Minerva Neurosciences, Vivaldi was the head of Genzyme’s Rare Diseases Unit, which is an integrated commercial organization, one of only two independent Genzyme businesses remaining after the Sanofi merger; the other concentrates on multiple sclerosis. (Vivaldi moved to his new company just as this article went to press.)

I come not to praise Vivaldi but to understand what makes him tick. Overall, Vivaldi’s story may enlarge the idea of precommercial product development to include a factor normally perceived as marketing: patient access. “There is no development without access,” he says succinctly. Identifying new patients, guiding doctors through diagnosis and treatment, and building a sustainable supply chain are all essential to development before the market and delivery to the market.

CASE BY CASE, TO EVERY CASE
Vivaldi was instrumental in winning early access to Ceredase in Brazil and ultimately in many other countries, driven personally by experience with his first Gaucher patient in 1992. An M.D., he specialized in diabetes care, and a friend in academic research asked him to take care of a patient who was just beginning ERT.

“That was a turning point — for the patient and for me,” he says. “The patient had his life transformed, but my life was transformed at the same time because I saw how the treatment was changing the natural history of that disease. It was a dramatic effect rarely seen before in any therapy, for any disease.”

Once Vivaldi learned about Ceredase, which had just gained approval in the United States the previous year, he wanted to make it available to as many patients as possible. But his initial hurdle was paying for the drug. The therapy then cost about $200,000 per year, and it had to be administered every other week for life.

“Soon I probably had more Gaucher patients than the majority of documented cases in the world at that time, and several years later, Genzyme asked me to help the company make Ceredase available to more patients because I did have the first ones, but they were paying for the therapy out-of-pocket.”

In Brazil, the payment challenge, though still daunting, was simplified by the universal healthcare mandate of its national health system. Vivaldi went straight to the top, appealing directly to the Minister of Health, who subsequently agreed to cover Ceredase and later listed it on the national formulary — the first and only time Brazil, or likely any country, paid for a product that had not yet received market authorization from the regulatory authority.

A key point in Vivaldi’s argument for national government reimbursement was the need for pan-Brazilian access to Gaucher treatment: “I told the Minister that with a rare disease, a state-bystate approach would never work because you would have people migrating to different states just to stay alive.” Vivaldi also persuaded the Minister to make the government coverage permanent and build the infrastructure necessary to maintain steady delivery of the medicine and supportive care for all Gaucher patients anywhere in Brazil. Since then, he and the company applied the same logic globally, winning reimbursement and logistical support wherever possible, so that any Gaucher patient in any location can be treated.

Vivaldi visited every hospital in Brazil, asking three questions: “Do you know what Gaucher disease is? Do you know Gaucher disease has a treatment? And do you know that the treatment is available here in Brazil? It was fascinating to see the power of those three simple questions.” In most places, no one had even heard about Gaucher, and where there was some knowledge of the disease, almost no one knew about the ERT or believed it could be obtained in Brazil.

Now Brazil has the second largest Gaucher population in the world. To achieve such growth, Vivaldi organized an education program that spread like tree branches. “I became a trainer of physicians, who trained other physicians, who trained other physicians, and so on.” Meanwhile, Brazil built a supply chain for the ERT that covered all the disparate regions of the country, from its sophisticated urban centers to jungle villages in third-world environments.

When a mother from a local tribe saw a poster on Gaucher in a field clinic and recognized the symptoms her daughter was displaying, the attending doctor conducted a dried blood spot (DBS) filter test on the entire family and diagnosed the girl and a sibling with the disease. He then ordered regular shipments of Ceredase to the village, to arrive by boat on the same days he administered it to avoid spoilage in jungle heat. Now, says Vivaldi, “The patients are happy and doing phenomenally well, receiving therapy every other week.”

GLOBALIZING ACCESS
Vivaldi joined Genzyme Brazil in 1995, and he was transferred to the United States in 2010, first to head the Renal division, then in 2011 to head the Rare Diseases Business Unit. In retrospect, the sequence of responsibilities looks like a logical and natural pathway to worldwide application of his approach to treatment access in Brazil.

Once Vivaldi moved to the United States, he connected with many rare-disease patient associations, support groups, and individual patients to learn not only about their therapeutic needs but also about the constellation of challenges each disease presents.

“Patients are all the same in one sense: If you treat them with respect, if they see you as trustworthy and committed to listening to them, and if you focus on the issues they have — not the issues you want them to have — you will succeed any place in the world.”

CHOSEN BY THE CHALLENGE
Although Vivaldi is not a scientist or expert in drug development, he has a compelling answer for how pharma companies can find their way to a therapeutic target and approach. The process he describes is a blend of science and practicality. “I will put it simply and say sometimes the pharma company is selected, and sometimes the company is selected by the development candidate. You can’t look at the biochemical target and say, ‘Oh, what a wonderful target!’ No, you need to look at the patients and try to understand how your technology and drug discovery could help the persons affected by the disease mechanism.”

Some companies may pursue rare-disease or orphan indications with the long-term intent of exploiting the same drug mechanisms for indications in a larger market, but Vivaldi has a different take on what companies should emulate. “Rare-disease development would be interesting purely as a model for pharmaceutical companies to follow, because then they would start by trying to understand the problem rather than focus on what would sell a lot.”

TRIALS & TECHNOLOGY
Although the practical challenges in development for rare-disease and common-disease drugs may be quite different, the ultimate purpose is the same: prove safety and efficacy. Genzyme’s first trials in Gaucher, for Ceredase and Cerezyme more than 20 years ago, reflected the tiny patient populations and limited understanding of the disease at the time. Now, says Vivaldi, patient populations and knowledge have expanded along with the experience of using the treatments. The pivotal trial for Ceredase included only 12 patients. Genzymes’ new Gaucher drug in development, the small molecule eliglustat, will undergo a Phase 3 trial with 400 patients.

Vivaldi points out that 400 patients amount to one-quarter of all Gaucher patients in the Unites States, or five percent of the total world patient population. “If you want to claim efficacy, you have to prove the drug has a chance to be at least as effective as the standard treatment or more. Gaucher Disease is now a much different disease than it was before treatment was available; the natural progression of the disease has been changed. So, now what else can we do for patients? Some patients still have bone disease or lung disease; others can’t simply keep receiving infusions. So we consider convenience along with all the different mechanisms of action that we can target.”

HIGH PRICE BUT TINY SLICE
When developing drugs for rare diseases, the issue of the high cost of such drugs is bound to come up. Most pharma companies argue that these high prices are needed in order to recover the costs of R&D and hard-to-produce treatments (e.g. ERT) while also making a profit for future growth and research. However, Vivaldi adds another twist for rare-disease drugs.

“When you have so few individuals being affected by a disease, even having a high cost compared with the average cost of other drugs, the total amount is small. So it is uncommon to see raredisease treatments have an effect higher than two percent on the total budget of any healthcare system — yet it’s fascinating to me that cost gets such tremendous visibility in the discussion. The total cost per day for a patient in an intensive care unit could be as much as a full year of enzyme replacement therapy.”

Vivaldi also emphasizes the manifest cost-effectiveness of raredisease drugs. “Look at Pompe Disease and the effect the treatment can have on a patient’s family. You’ve rescued their whole family back to society. The family members who were not working because they have to take care of that child — now they can go back to work. So the benefits include the value the therapy has to society in a multiplicity of ways.”

Because of his experience, Vivaldi sticks to his original, simple thesis: drug development must include patients’ access, and society, which shares in the benefits, must be ready to bear the cost.