Advancing The State Of Aseptic Processing: Let's Get Serious 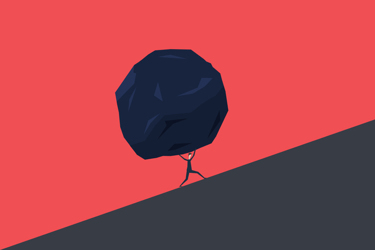 Having spent over 50 years in the pharmaceutical industry, I have reached a state of frustration so great that I am almost at the point of doing something that I have never really considered… retiring. For the moment, I remain committed to my work and to the industry organizations that I actively support — PDA, for which I am Chair of the Science Advisory Board, and ISPE, both of which continue to do a great job representing industry interests and providing practical guidance on manufacturing issues. I also have a great respect for the regulators, the FDA, EMA, and their counterparts, for the job they do to ensure that the drugs they approve are safe and efficacious. On the other hand, there are things that disturb me so greatly that my commitment is cracking.

While science and technology are strongly rooted in the laboratories of both industry and government, they seem to take a back seat in that critical last phase that has a direct effect on the patient: manufacturing.

Generic drugs are in crisis, especially sterile generics. The drug shortage list continues to be a lengthy one. The cost of production has been pressured by archaic requirements intended to control contamination and ensure quality but that are often misplaced and no longer effective in achieving those goals. Generic manufacturers in developed nations, where regulations are strictly enforced and inspections are frequent and thorough, have been forced to close their doors. They have been unable to bear the cost of compliance and remain profitable. Regrettably, the U.S. and Europe have relinquished much of the responsibility for manufacturing generics to geographies that appear more interested in low cost and fast profits than quality.

The Current State Of Sterile Manufacturing

In 2002. the U.S. FDA announced Pharmaceutical CGMPs for the 21st Century — A Risk-based Approach. The purpose of this initiative was nominally to modernize the FDA’s regulation of pharmaceutical manufacturing and promote technology advancement. Moreover, the initiative encouraged a new culture of continuous improvement within the manufacturing segment of the industry. In the years following the launch of the program, the FDA has adopted its core principles, as follows:

Throughout the initiation, implementation, and continuation of this intended modern approach, the primary focus was always “to minimize the risks to public health associated with pharmaceutical product manufacturing.” Europe and Japan followed suit with their own publications, as well as participation in the International Council on Harmonization Guidance for Industry Q9 Quality Risk Management.

Three years ago, I published an article titled Facilities And Equipment Risk Management: A Quality Systems Approach. (I am, after all, an engineer. Facilities and equipment remain among my key interests.) In that original article I stressed three themes, which I called the Rules of Quality Risk Management. I’ll list them here but not elaborate:

To summarize that series, I borrowed from Lean principles and suggest that everything you do must enhance the quality of your product. Now, considering my current state of mind and with three years of opportunity for regulators and industry to further advance the worthy cause of QRM, I am taking another look. This time I have chosen a broader perspective toward manufacturing. Further, I have chosen to focus on manufacture of sterile products because (1) this continues to be a crisis topic with regard to the supply chain, (2) it arguably represents the greatest risks to patients, and (3) it is the subject of current debate because the revision to EU GMP Annex 1 is currently under industry review.

From a QRM perspective, the state of sterile drug manufacturing continues to be dire. Short supply and contamination seem to be battling each other in some apocalyptic rugby scrum. The solution to neither seems within the realm of reality, as the attempts to eliminate the latter seem inevitably to exacerbate the former. Why should this be?

Recently, I have been spending, perhaps wasting, a huge amount of time helping to develop an industry response to the revision of Annex 1. That document is arguably the most important regulation dealing with the manufacture of sterile drugs. Its principles are applied throughout the world. Will this long-awaited revision actually improve the quality of the world’s sterile drug supply? Will it reduce contamination? Will it help to deal with drug shortages? In my opinion, no, not one bit.

Within the industry, trends are not nearly as encouraging as they should be. A 2020 ISPE survey of so-called “barrier” technologies indicates that among the manufacturers of filling lines surveyed, the number of traditional non-barrier lines specified for installation has steadily decreased over the preceding five-year period. The number of new barrier systems, however, are significantly weighted toward restricted access barrier systems (RABS) rather than isolators, with the latter accounting for less than 30% of all new installations. Based on previous surveys (2011, 2012 by ISPE), that percentage has not increased significantly. In 2012 isolators were estimated to be around 25% of all operating systems. I am discounting the value of RABS because they allow direct personnel access to the critical zone and do not provide the optimal level of contamination control that is attainable with an isolator. Sure, they are better than the non-barrier lines, but I cannot consider them good enough. Regulators express their agreement by continuing to require full aseptic garb and rigorous cleanroom design not required for true isolators.

So, it remains that a large part of industry continues to rely on outdated and high-risk aseptic processing methods, even though more advanced risk-mitigating technology has been available for more than 30 years. At least partially because of this, the authors of Annex 1, and regulators in general, continue to foster traditional means to compensate for these precarious manufacturing methods rather than to advance the use of technology, good design, and best practices to ensure sterility. The methods employed have become virtual rituals and include intense environmental monitoring, frequent aseptic process simulations (media fills), airflow visualization studies (“smoke tests”), and others.

Of course, these methods do not mitigate or control contamination in any way. They merely attempt to indirectly measure it, and not particularly effectively. This approach perpetuates a dogma that testing is an acceptable substitute for effective design. By continuing to overemphasize monitoring and testing, the burden on sterile product manufacturers is likely to force even more plants to close their doors.

In the end, does it look like we are managing risk? Considering that aseptic processing presents the greatest contamination risk to patients, QRM appears to be just another slogan to be lauded, then forgotten.

What Do We Do As An Industry?

It seems pitiful that, for whatever reason, industry has failed to universally adopt more effective technologies to control contamination resulting in safer sterile drugs. On the other hand, the regulators must share substantial blame because of their historically lukewarm acceptance of emerging and even established advanced technologies. As an example, the regulations and field investigators continue to treat isolators as “little cleanrooms,” which they most definitely are not. They would serve the patient population so much better if they would abandon their efforts to fine-tune outdated regulations and guidances. Let’s leave Annex 1 and its related guidances as they are. They have been adequate for the last 10 years and should remain so for a few more. Take QRM seriously and really do something that mitigates risk effectively. Begin work on a deployment plan to eliminate traditional aseptic processing and all of its human intervention. Provide a transition period, say five or 10 years, to require the use of proven and emerging technologies (e.g., isolators, robotics, closed-vial filling, etc.) that will separate the product from the sources of contamination and achieve the ultimate goal once and for all.

What about RABS, that partial measure that doesn’t quite make the QRM grade? There are, after all, a lot of RABS out there (the same surveys ballpark this at 25% to 30% of all lines). Considering the true application of QRM, these should all be replaced or, for those closed RABS that allow it, converted to true isolators. There is no question in my mind that our engineers can develop a workable solution to this problem.

What about cost? We have become so concerned with cost that we have already driven the profit margins of sterile generics into the ground. Shortages continue to grow. Patients are without the drugs they need and much of what is available has earned a reputation of being below acceptable quality standards. Of course, there will be a short-term cost. Companies, governments, insurance companies, and individual consumers need to be willing to bear this. The good news is that studies have shown that in the longer term isolators can actually reduce the operating cost of aseptic processing, and if the regulators practice their end of QRM, much of the monitoring and challenge testing associated with traditional aseptic processing can be eliminated.

We need to bite the proverbial bullet and do this now. Surely, it will be a hard transition, but at the end of the day, all that matters is the patient.

Phil DeSantis is a pharmaceutical consultant, specializing in pharmaceutical engineering and compliance. He retired in 2011 as senior director of engineering compliance for Global Engineering Services at Merck (formerly Schering-Plough), where he served as global subject matter expert for facilities and equipment and on the Global Validation Review Board and Quality Systems Standards Committee. DeSantis is a chemical engineer, having received a BSChE from the University of Pennsylvania and an MSChE from New Jersey Institute of Technology. He has nearly 50 years of pharmaceutical industry experience. He is vice-chair of PDA Science Advisory Board and is active in ISPE. He has been a frequent lecturer and has published numerous articles and book chapters.