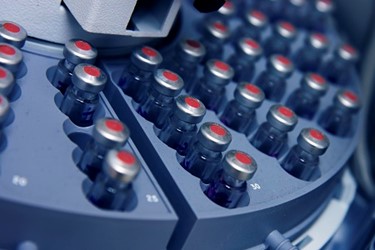 The forced degradation study is considered a vital analytical aspect of the drug development program for small molecules. Forced degradation, commonly known as stress testing, is carried out to demonstrate as specificity to developed a stability-indicating analytical method, using high-performance liquid chromatography (HPLC), i.e., a single analytic method that is capable of separating the degradant peaks from the drug substance/drug product peak. As per International Conference on Harmonization (ICH) guidelines (Q1A), stability studies need to be performed to propose the shelf life of new drug substances and/or drug products. Shelf life studies are part of various regulatory submissions to the FDA.

Generally, three kinds of stability studies need to be performed in order to propose the shelf life of a drug substance and/or drug product: accelerated stability (ACC), intermediate stability (INS), and controlled room temperature (CRT) stability. The duration of accelerated study is about six months, intermediate stability and controlled room temperature stability studies take about 12 to 24 months. A stability study is conducted to determine the intrinsic stability of the molecule and, during the study, it is expected the drug substance/drug product will degrade/decompose and generate other molecules, which are known as impurities. During the forced degradation studies, various stress conditions are deliberately applied to degrade/decompose the main compound and generate impurities, which should separate from the main compound and from each other. Therefore, forced degradation studies are a tool to estimate the degradant/decomposed impurities that would occur during stability studies and are used to propose the shelf life of the new drug substances and/or drug products.

Various analytical techniques/equipment can be used to separate and estimate all the degradant compounds expected to be present at the time of the forced degradation study. HPLC with UV detector (HPLC-UV) and photodiode array detector (HPLC-PDA) are well-known techniques and are widely used in pharmaceutical industries during forced degradation studies as part of the development and validation of the stability-indicating method. HPLC with mass detector (LC-MS), gas chromatography with mass detector (GC-MS), and nuclear magnetic resonance (NMR) spectroscopy are important techniques to identify the structure of the degradants.

Forced degradation is a critical analytical study for the development of stability-indicating methods to be used by pharmaceutical companies as part of regulatory submissions to the FDA.  Some of the applications of the studies are:

As per ICH guidelines and common industry practice, forced degradation is usually performed in different stress conditions, i.e., acid, alkali, peroxide, thermal, and UV, along with a control sample. There are no industrial guidelines about how much degradation should be achieved; however, per current industrial practices, 5 to 30 percent degradation should be achieved in any one of the applied stress conditions. The aim of the degradation to be achieved through stress testing is to mimic the control room temperature stability conditions. In cases where higher or lower degradations are observed, the conditions or concentrations of the reagent should be optimized. Mass balance should be demonstrated during the degradation study and it should be around 100 percent, taking into consideration margins of analytical errors. All the degradants/impurities must be calculated during mass balance evaluations.

The following (Table 1) are the suggested degradation conditions as per current industrial practices and accepted by the FDA during DMF/ANDA/NDA and IND submissions for regulatory approval.

Degradation should be performed in solid or solution form, but it is recommended it be performed in solution form using the diluent/mobile phase to obtain a homogeneous effect. Degradation studies can be initiated with harsh conditions (i.e., high concentration of reagent with high temperature) to shorten the time of the study. In cases where degradation of more than 30 percent is found, milder conditions should be applied by reducing the concentration of the reagent, lowering the temperature, etc. Degradation conditions shall be optimized to achieve a target based on the initial degradation outcome. pH should be adjusted to about 7.0 for acid and alkali degradation to extend the shelf life of the chromatographic column.  If degradation is not found in any of the above conditions, different reagents and conditions can be applied, e.g., H2SO4, Zn, etc. There are a few molecules that do not degrade under any harsh conditions and they are therefore considered rock stable molecules. This kind of molecule will not generate any additional impurities/degradant peaks during a stability study.

Characterizations And Mass Balance Of The Forced Degradation Study

All the solutions should be analyzed using pre-developed suitable analytical methods, along with the diluent, placebo, and control sample solutions. The suggested acceptance criteria during the forced degradation should be as follows: 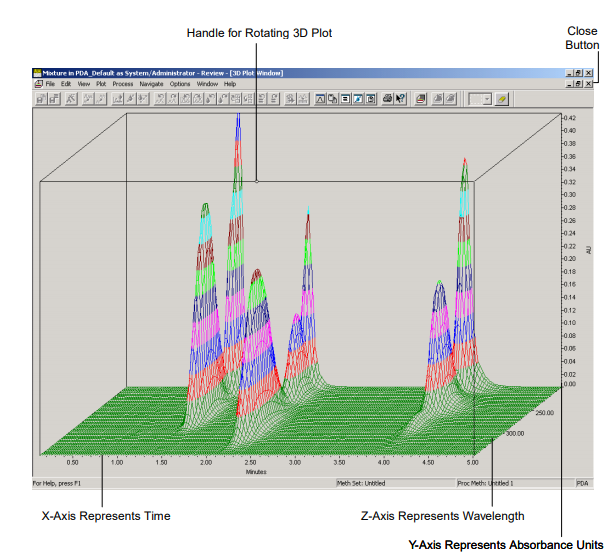 Note: It is possible that the main peak is separated from all the peaks and is pure; however, known impurities or degradant peaks generated during the degradation study are not pure and may be merged with other peaks. In that case, attempts should be made to modify the analytical method to separate all the peaks from each other. Therefore, it is also recommended that peak purity should be evaluated for all peaks (main peak, known impurity peaks, and all the degradant peaks) to avoid consequences during the stability study. When attempts to obtain peak purity of the degradant peaks fail, the method development details should be documented and a risk-based approach should be applied to accept the method as stability-indicating.

HPLC with mass detector (LC-MS and LC-MS/MS), gas chromatography with mass detector (GC-MS), and nuclear magnetic resonance (NMR) spectroscopy are important techniques to identify the structure and mass balance of the degradants. The characterization of the degradants can be determined using advanced analytical techniques such as LC-NMR. Thin layer chromatography (TLC), column chromatography, and preparative HPLC can be used to isolate the impurities from residue or filtrate generated during the API manufacturing process.

Forced degradation is an essential study that provides the knowledge and judgment to develop a stability-indicating analytical method. This study must be performed, and it should be part of regulatory submissions.  This study also helps to establish the specification and shelf life of a drug substance or drug product. The information derived from the study will help to improve the formulation, manufacturing process, and storage conditions of the product. In addition, the forced degradation study also helps to discover root causes or any potential contamination during the manufacturing process or during laboratory analysis. Therefore, the forced degradation study must be demonstrated at the time of method development and before submission of the regulatory dossier to the FDA.

Vinubhai Patolia has 20 years of experience in analytical R&D and quality control in the pharmaceutical industry. After completing his M.S. degree (organic chemistry), he worked at Zydus Cadila, Sun Pharmaceutical Advanced Research Center, and Actavis Pharma. Most recently, he was manager of analytical R&D for Sun Pharma in Cranbury, NJ. During his career, Patolia has gained significant experience in method development, method validation, method transfer, and responding to FDA deficiencies for drug substance, drug product, and excipients for ANDA/NDA submissions. He has worked across various dosage forms, including solid oral dose, topical, suspension, and injectable.