Are You (Inadvertently) Teaching Your Personnel To NOT Think? 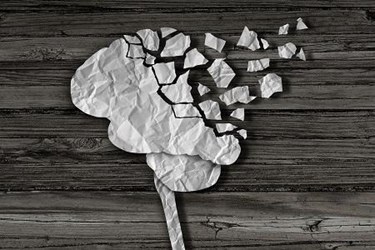 A few months ago, I attended the GxP Training and Networking Symposium in San Francisco. I had the opportunity to talk to a variety of people I hadn’t interacted with before, and I found a common theme in many of my conversations that day. And it’s a little disturbing.

Have we as an industry eroded — or worse, driven out — people’s ability and motivation to think?

Many of the comments and conversations centered on SOPs.

We control our processes through our SOPs, as we should. But where many of us have gone wrong is that we teach people to blindly follow the SOP — and if the SOP doesn’t say it, they shouldn’t do it. (Let’s be clear before going any further – this discussion does NOT advocate failing to follow SOPs.) It’s as if we want people to function as machines, simply doing the same thing over and over again, the way we program them. Just do as we say, and don’t think about anything beyond that — otherwise known as “we don’t want you to think.”

Or, after a problem occurs, we change the procedure to address what should have happened in that specific instance. We attempt to capture in the procedure both a process that will keep the same problem from happening again, and a means of providing more guidance to our people in that situation. But it’s impossible to predict — and subsequently proceduralize — how to handle or address every possible scenario. And often, attempting to do so forces us into proceduralizing things that aren’t necessary but are now required because they’re in the procedure, which only further reinforces the “we don’t want you to think” message.

The worst is when someone questions why something is done a certain way and is told, “Because that’s how we’ve always done it.” What that response really says is, “I don’t know.” The questioner just exposed someone’s lack of knowledge, and the responder was caught without an answer. Both sides now have a deterrent to thinking: The questioner thinks they shouldn’t ask those questions, and the responder believes they don’t need that knowledge since they’ve done fine without it. “We don’t want you to think” strikes again.

What’s missing from these situations is ensuring that people who perform tasks understand why we do the things we do, and know how to react when something out of the ordinary happens. (More on this in a moment.)

How did we work ourselves into this sad state? There are a number of possible causes.

We found that, if given the chance, people would do things a multitude of ways and create different results — so we tightly defined a standard, expected people to toe the line, and made it unpleasant for them if they didn’t.

2. Reducing Training Time In An Effort To Speed Up Personnel Time To Floor

These days, no company has the luxury of surplus resources, like extra time and extra people. Usually, we’re shorthanded, and the faster we can get a new person working, the better. So, we speed up training by covering only the bare minimum, in the shortest possible amount of time, which perpetuates a mindset of just doing what you’re told without fully understanding what you’re doing.

Sometimes, in an effort to have senior personnel not pass on bad habits to new employees, we use new employees as trainers. While it's true that these folks haven't had the time to develop bad habits or procedure workarounds, they also haven't had the time to build operational knowledge and experience with the task, and therefore they lack the ability to train someone how to do the task effectively. Other times, from an operational efficiency standpoint, we allow anyone qualified on a task to train others on that task — but not everyone wants to be a trainer, and not everyone can be a good trainer. Even worse, we assume personnel at certain levels (like supervisors) can train on any task — even those they don’t actually know how do — because of their job title. Without a process to select, qualify, and periodically observe the personnel who are providing training, we likely deliver training that provides a "do what I do" message, with the trainer potentially trying to dissuade questions about the task or its background because they don’t know it themselves.

Move your organization from “not thinking” to knowing how to react to human error…and preventing it in the first place! Attend Joanna Gallant’s course:

It's not just unqualified trainers that are an issue; it's also people who perform the tasks without the appropriate background and experience from training. Personnel who have not had to demonstrate their ability to perform all aspects of the task or have not been taught and challenged to identify anomalies and problems they could encounter during operation may be making process errors or allowing errors to pass undetected. Worse, if they do recognize an anomaly but don't know what to do with it, they may ask a coworker —if neither recognizes what it potentially means to the operation, "groupthink" may tell them it's not a big deal. As a result, they simply continue the process because neither knows what to do with it.

5. Having Managers Who Are Technically Strong But Not People-Savvy

Managers who lack people skills can actually drive this "don't think" mentality by seeming to dismiss or provide quick answers to questions from subordinates — they know the operation very well and opt for speed of response over using a teachable moment to mentor or educate their personnel. Additionally, they may also fear the changes that can result from continuous improvement thinking because they would then need to re-learn their operation. As a result, they may discourage personnel from asking questions or putting forth improvement ideas, so they will always have the upper hand with technical aspects of the operation. These individuals also may not think about the process of education and focus mostly on the availability of resources, pushing people to train faster, learn faster, or sign off on a trainee sooner, before they have amassed the knowledge needed to be successful.

6. Fearing Change — Because Of What It Is, What It Means, And What It Takes To Manage

Allowing personnel to think about what they’re doing means they'll likely identify improvement ideas and want to change things. This means more work (like designing a new process, changing procedures, and performing validation and change control activities) and more resources (money for equipment/supplies, personnel for building/testing the process and authoring procedures, etc.) will be required to implement those changes. This, in turn, leads to more training (need to train everyone on the new process) and an increased possibility of errors and deviations as the new process gets put into use. Encouraging people to just continue the status quo avoids all of these issues.

7. Viewing – And Treating – A Deviation As A Performance Negative, Rather Than An Opportunity For Process Improvement

In an organization that doesn't value thinking, deviations are viewed as negatives, because they mean someone stepped out of line and did something they shouldn't have. Such situations are often labelled as “operator errors” in the deviation system, and an example is made of the operator (“punishment”) in the hopes that others won't make the same mistake. This is the physical manifestation of "just do what you're told." While deviations aren’t particularly desirable in pharmaceutical operations, to a thinking organization, they are also viewed as opportunities, pointing out areas for improvement by highlighting process issues and areas of ambiguity that need focus.

A mindless, “we don’t want you to think” production environment is exactly the opposite of the quality culture we should be striving for. An organization that discourages thinking creates a culture driven by fear, becomes siloed, and uses widespread lack of knowledge to keep personnel under control — personnel don't understand what other groups do and how their activities impact one another. People in these organizations are often uncomfortable, because feel like they can't speak up, like their experience and ideas aren't valued, and that someone is just waiting for them to make a mistake. Deviations might not be reported for fear of punishment or reprisal. Improvements might not being undertaken. The organization's focus is on meeting numbers and avoiding criticism from the next level of management, instead of on the quality of the operations. Here, performance and expectations are not discussed with personnel unless they make a mistake, which makes meetings with management another negative situation. Given enough time, frustration and dissatisfaction spread throughout the organization.

All hope is not lost, however! In my next article, I’ll explain how to transition your quality culture from one of mindless obedience to one that thinks beyond the SOP, takes appropriate action, and suggests improvements that will prevent future problems.

Joanna Gallant is an experienced, solutions-driven quality and training professional who has spent more than 23 years in pharmaceutical, biotechnology, tissue culture, and medical device development and manufacturing environments. Over her career, she has provided regulatory, technical, skill, and management development training support to all operations functions, as well as IT, R&D, customer service, and senior management. Now, as a training system consultant, she works with clients to design and deliver custom training and build/remediate training systems, including in support of regulatory audit observations and commitments.

Joanna has been a GMP TEA member since 2001, and now serves on the Board of Directors as an advisor. She is one of the founders of the Biomanufacturing Certificate Program at Worcester Polytechnic Institute, and became an Adjunct Professor at the Boston University School of Medicine’s Biotechnology degree program in 2011.

You can contact Joanna at Joanna@JGTA.net or connect with her on LinkedIn.