Are Your Single-Use Sensor Tests Set Up To Fail? 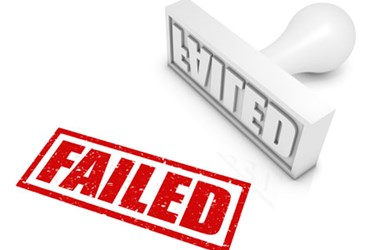 Traditional sensors on stainless-steel bioreactors have been around for over 50 years. Like with any technology that has been in use over a long period of time, a level of trust and familiarity has been established among stainless-steel sensor users. However, when it comes to testing methods, experts warn that the same testing methods used on stainless-steel sensors should not be used for single-use sensors. Barbara Paldus, CEO of Finesse Solutions, explains, “New sensor technologies for single use are being compared against the traditional sensors used for stainless steel. And when they don’t deliver the same results, they assume the new technology must be failed, when in fact, in some cases, the new technology measures something slightly different than what they are actually measuring.”

Do It Right Or Not At All

First, there are very specific challenges that need to be kept in mind when testing and using single-use sensors. Dr. Govind Rao is a professor of chemical, biochemical, and environmental engineering at UMBC and director of the university’s Center for Advanced Sensor Technology. His lab played a significant role in developing single-use sensor technology and was among the earliest to develop steam sterilizable pH and oxygen sensors that were optically based. Hence, they were capable of non-invasive monitoring. Specifically, they did a rigorous comparison of the newly-developed optical sensors versus the conventional indwelling oxygen and pH studies in the same bioreactor process and validated their performance. Dr. Rao explains the sensitivity of single-use sensors, “Single-use sensors are a bit more fragile and many are light sensitive. People aren’t aware of that,” he explains. “They’re also sensitive to temperature and humidity.” He adds that unlike traditional sensors, single-use sensors have a shelf life. “Users need to be aware of the boundary conditions and when their sensors are good until. It’s almost like an expiration date on food packaging. If you exceed the limits, that’s when you typically run into issues.”

Matt Olsen, senior applications specialist at Sartorius Stedim Biotech, agrees that there is a totally different mode of action and method when working with single-use sensors. “People have certain expectations based on what they’ve seen over the years from traditional sensors that have been out there for a long time,” he explains. “It’s important to look at the specific conditions for which that single-use sensor was designed and how the user will be using it. Then you can determine if it can function properly under the testing conditions being applied.”

For example, he explains that, at Sartorius, there are certain probes intended for use in bioreactors and certain probes intended for use downstream. They’re different and the range of conditions under which they can be used are different. The way they are built as well as the way they are operate are also different. “The issue that generally comes up is that, with upstream, your range of conditions that you’re going to grow cells at, either in a bioreactor or even fermentation, is within a certain range. That’s why the ranges for which you can test at tend to be more restricted,” says Olsen. “If you’re going to test a sensor that’s going to go in a bioreactor under conditions that could never exist in a bioreactor, then is that really a good test?”

Paldus says the proper way to test single-use sensors would be to do a design of experiments study with at least 16, if not 32, sensors. However, most won’t do this because too much time and cost is involved, but according to Paldus, if users are going to do testing, they should do it right or not do it at all.

Who Should Be Driving Standardization?

The topic of single-use standardization, be it equipment or use of it, is a continued source of contention for both users and vendors in the pharmaceutical industry. There are several areas within single-use where some feel standardization would be beneficial, and single-use sensors are no exception. Dr. Rao believes vendors should be key drivers in the path to sensor standardization. “I think the lack of standardization is an issue long term,” says Dr. Rao. “It would be great if the industry players could come up with standards that make each of the sensors plug-and-play so the market can then decide which sensors they want to use. However, everyone is holding onto proprietary standards and approaches, as opposed to making it something that’s agreed upon. If standardization would happen, there would be greater market acceptance and penetration. It would also make their acceptance in a highly regulated industry smoother.”

Paldus, who is a supporter of single-use sensor standardization, says an outside study completed on vendor sensors and shared with the industry would certainly force a push toward standardization. This individual or company could then evaluate statistically significant numbers of sensors from the different vendors in a double-blind study and then share those results with the industry.

In order for standardization to occur, Olsen believes that standards, just like the sensors, would need to be application-specific and would need to leave room for multiple technologies to be able to co-exist. They cannot be written by only one interested party because it would most likely result in everything fitting to their conception of what a standard should look like, when there’s other ways of doing things that might be equally valid. This is why it’s important for all vendors to come together and collectively agree on what these standards should be. Dr. Rao frequently points out the success of the computer industry in adopting such standards, where nobody thinks twice about plugging a device into a USB port or swapping out hard drives made by different manufacturers. He also points to the auto industry where IP cross licensing is commonplace and suggests that biotech equipment vendors adopt a similar model.

Progress in the area of single-use standardization continues to be made. Last month, I wrote an article about a project geared toward establishing standardized single-use equipment to be sold on vendor sites. Several vendors in the industry, as well as users, were instrumental in getting the project started and continue to work together to see it through to fruition. Additionally, the Biophorum Operations Group (BPOG) released a guidance document at the end of last year, which was the first effort to standardize extractables testing procedures among suppliers. It’s just a matter of time before someone takes the first step toward doing the same for single-use sensors.