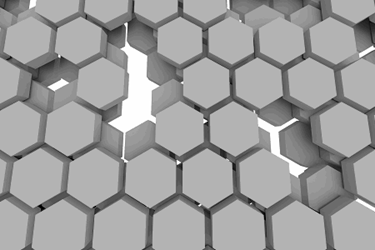 While that is a positive development, investing significant resources to achieve mere compliance with a legislative mandate typically does not drive the level of investment needed to solve a global problem.

The DSCSA, whether by design or unintended consequences, does not adequately address the supply chain down to the proverbial “last mile” to the consumer. Thus, it leaves a gap that continues to plague all stakeholders in the supply chain. And harnessing a powerful technology such as blockchain at less than its full potential leaves patient safety — and money — on the table in a very real sense.

Simply stated, the pharmaceutical industry should not ignore the potential ROI for adopting blockchain for end-to-end supply chain integrity and optimization. The ROI is potentially enormous and would cover the cost of implementation as well as vastly reduce the financial, economic, and social impacts of counterfeit drugs. Patient safety would improve as a direct consequence of fully securing the pharmaceutical supply chain from end-to-end.

The magnitude of the counterfeit drug problem provides the most attractive incentive to act. At the same time, stakeholders are right to be skeptical and carefully vet every proposed application for blockchain to understand whether it actually provides a solution.

The World Health Organization (WHO) estimates 10 percent of medicines worldwide are counterfeit, and that category rises to 30 percent in emerging economies.2 This problem applies to both “lifestyle” medicines and lifesaving drugs. The rise of Internet-based pharmacies has exacerbated the problem; WHO estimates a staggering 50 percent of medicine purchased online is fake.3

In Europe alone, the financial and economic impacts of counterfeit medicine are estimated by the EU’s Intellectual Property Office (EUIPO) to result in annual losses of 10.2 billion euros ($11.8 billion U.S.) and 90,000 direct and indirect jobs lost to manufacturers.4 The WHO estimates more than 120,000 lives are lost each year in Africa due to fake anti-malarial drugs alone.5

The FDA asserts the U.S. is one of the least-affected nations due to strong policies and precautions, and that’s likely true. However, numerous deaths in the U.S. due to the ingestion of fake medicines have been documented in recent years.6 Rising pharmaceutical pricing in the U.S. seem to exacerbate a growing problem: using illegal Internet pharmacies as an alternative and inexpensive source for medicine. Addressing this on a global scale would pay dividends in a connected world where no nation is an island.

Policy-based solutions tend to encourage compliance with legislative mandates. The FDA’s DSCSA offers a step in the right direction, but it falls short in reaching the transfer of pharmaceuticals at the pharmacy/dispensary level to the patient — the proverbial last mile.

Yet addressing supply chain integrity and optimization has intrinsic challenges because it involves the various players in the supply chain — from source materials to manufacturers to distributors to wholesalers to retailers. Bilateral and multi-lateral agreements present daunting complexities, including a third-party, trusted arbiter.

Industry participants’ concerns — both real and perceived — should be understood and addressed. The first-ever Pharma Supply Blockchain Forum, sponsored by the IEEE Standards Association (IEEE-SA), held in June 2017 at Johns Hopkins University, gathered scores of industry representatives from across the supply chain and stakeholders, including regulators.7 Participants revealed common concerns: Who will pay for a pharma blockchain? Who would own the data embedded in it? How would the industry get widespread buy-in to make it happen?

Does The Shoe Fit?

Without going into technical detail, several characteristics of blockchain recommend it as a solution to the challenge posed by the pharmaceutical supply chain. First, blockchain is autonomous and does not require trust, or arbiters, among participants. The method by which new blocks are added to the chain virtually guarantees the integrity of the data. A blockchain ledger records only the data a participant wishes or needs to share to make it effective. Intellectual property and competitive strategies can be shielded from data shared amongst trusted partners relevant to tracking and securing the supply chain.

Two specific use cases for blockchain in the pharmaceutical supply chain make sense. One is securing the supply chain — the answer to the massive, widespread growth in counterfeit drugs and their associated costs. The other is optimization of the supply chain, which offers efficiencies, cost removals, and visibility into inventory as well as speed and accuracy in the event of a drug recall.

Currently, there is no real-time management of legitimate drug inventories and supplies equally visible to the key trading partners in the pharma supply chain, thereby making drug shortages a reactionary process. A survey conducted by Premier Healthcare Alliance in 2014 estimated drug shortages cost U.S. hospitals alone about $230 million annually as they turn to higher-cost alternatives.8 A survey by the American Society of Health Pharmacists (ASHP) estimated annual, nationwide labor costs for managing shortages averages about $216 million.9

So an additional and financially rewarding benefit of using blockchain to secure the supply chain is real-time, enhanced visibility into inventory that also allows for reduction of spoilage and/or waste. This is particularly true in the case of cold chain logistics when sensor-equipped, temperature-sensitive drugs need to report and distribute real-time readings to all relevant parties. The corollary to inventory transparency is improved efficiency, speed, and accuracy in targeting drugs that have lost their efficacy in distribution, and/or implementing drug recalls.

The foregoing argument leaves a lingering practical question: how to get industry buy-in to move to blockchain-based supply chain integrity.

A recently released IEEE-SA study, The State of Blockchain Adoption on the Pharmaceutical Supply Chain, found a direct correlation between “level of familiarity with blockchain technology” and an enterprise’s likeliness to participate in various types of blockchain solutions.10 Similarly, the more respondents actively explored related solutions, the more value they found in applying the technology. The opposite was also established: the less known about blockchain’s use in the supply chain, the less value perceived.

Big Pharma cares about patient safety because it goes to the heart of its raison d’être. From the available facts, it appears awareness, education, investments in, and explorations of blockchain-based solutions to the supply chain would produce significant ROI, protect patient safety, and address long-standing, persistent challenges in the industry.

Maria Palombini is the director for emerging communities and initiatives development, Global Business Strategy & Intelligence for the IEEE Standards Association. In 2017, Palombini joined IEEE-SA with a directive to build communities and advance initiatives to develop standards for enterprise adoption of emerging technologies. Her work includes building communities of technologists, industry executives, academic researchers, and industry stakeholders to educate on the benefits and challenges of technologies such as blockchain/distributed ledger technologies (DLTs), while building consensus on recommendations for technical standards and guidelines for protocol and policies to enhance the outcomes of technology implementation. Her primary areas of focus for blockchain adoption include the pharma, health, supply chain, energy, and agriculture sectors.

Palombini holds an MBA from the Rutgers Graduate School of Business and a BA and BS from Rutgers College at Rutgers University, the State University of New Jersey. She is an accomplished leader and public speaker, having presented at various industry events. You can follow her on twitter @DisruptiveRx or on LinkedIn