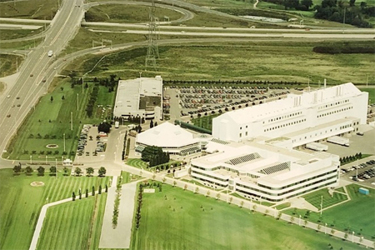 The GSK facility produces approximately 50 different products for over 100 markets worldwide and employs approximately 400 skilled manufacturing staff who will be invited to join Bora Pharmaceuticals as part of the transaction. Bora Pharmaceuticals will continue to manufacture, under contract, the existing GSK product line for a minimum of five years.

"We are excited to announce today the next phase of our expansion into North America with the acquisition of this world-class facility and we look forward to welcoming the Mississauga manufacturing employees, whom we view as the most significant asset in this transaction, into our business," said Bobby Sheng, CEO of Bora Pharmaceuticals. "The Mississauga-based facility is ideally suited with our intention to grow our technical capabilities and scale in the global contract development and manufacturing organization (CDMO) marketplace."

Andrew Ehrat, Mississauga Site Director for GSK in Canada said, "Our priority is to support our employees through the transition and consult with them along the way, in partnership with Bora. We expect to complete the transaction no later than the end of 2020, and in the meantime, we remain wholly committed to maintaining a business which runs safely and efficiently in the best interest of patients."

Subject to the appropriate regulatory clearances, the transaction will see the ownership of the entire GSK Mississauga site – including all facilities – transfer over to Bora Pharmaceuticals. GSK employees in the Pharmaceuticals and Consumer Healthcare commercial businesses, who currently work in office space at the Mississauga site will move to new locations within an agreed timeframe following the close of the transaction.

Through this acquisition, Bora Pharmaceuticals becomes one of the leading global suppliers of formulation development and manufacturing services and broadens their range of dosage forms, technical capabilities, and geographical locations, as well as enabling the multinational contract service provider to locally support its core markets of North America and Asia.