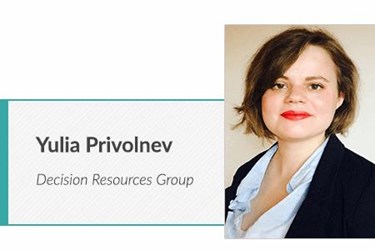 The Brexit referendum has resulted in instability and uncertainty for many aspects of British society, including the pharmaceutical industry. As we discussed in Part 1 of this two-part article, life sciences funding and the common market are at risk, and with it billions of dollars in research funding and imports/exports. In this article, we will explore the UK’s future relationship with the EU after exit, which will affect many facets of the worldwide pharmaceutical industry, from marketing authorization to global pricing trends.

Market Authorization In The Wake Of Brexit

Market authorization will be the area of the pharmaceutical industry most impacted by the UK leaving the EU. No matter what kind of relationship the UK ultimately forges with the EU, there will be considerable changes to the market authorization process in the UK and subsequently the EU. The UK currently has considerable influence over the global pharmaceutical industry through its current role in a number of EU bodies and their committees, especially the European Medicines Agency (EMA). No matter what the UK-EU relationship may look like at the end of exit negotiations, it is unlikely that the UK will be able to sustain the same level of influence over the EU’s regulatory body.

For one, the EMA will likely have to move its current headquarters out of London. That may not seem like a major negative, but judging by the number of EU countries aggressively campaigning to become the EMA’s new home, it is clear that there are some benefits to hosting the agency. The Association of the British Pharmaceutical Industry (ABPI), the main pharmaceutical industry group in the UK, has said that the EMA’s presence in London has given the UK’s Medicines and Healthcare Products Regulatory Agency (MHRA) considerable influence over regulatory issues in Europe, going so far as to say that “co-location with the MHRA has reinforced and further enhanced the engagement and thought leadership that the MHRA plays in European and global regulatory development.” It is unlikely that the MHRA will be able to maintain that level of influence. The MHRA will, however, play a much larger role in the UK’s own regulatory system in the future, as any common market option the country chooses would require the regulatory body to take on more market authorization work.

If the UK goes the EEA route, the main drawback is the increased authorization burden, where drugs that have been centrally authorized by the EMA or will be centrally authorized in the future would also require additional national authorization in the UK. However, Liechtenstein does this automatically, and Norway and Iceland also have administrative measures to streamline the process, so it is not as burdensome as it is with the other routes.

EFTA would be more difficult, as the UK would be taking on authorization of medicines and clinical trials entirely and would not be able to authorize them nationally through automatic or administrative measures. The Swiss regulatory agency, Swissmedic, does work alongside the EMA, and its sharing agreements are generally seen as quite seamless, so it is again possible to minimize additional bureaucracy. This could be an option for the MHRA, as it already conducts a significant proportion of authorizations for the EMA through decentralized or national procedures and could use its current close relationship to ensure a smooth transition into the new regulatory model. There are also additional ways to ease the process, with bilateral treaties to streamline other aspects of the pharmaceutical industry, such a good manufacturing practices (GMPs).

The WTO route would be the most onerous for the MHRA, as any bilateral agreement signed would likely only include a small degree of pharmaceutical regulatory convergence. In this instance, the MHRA would be independent and solely responsible for the country’s regulatory system and pharmaceutical supply chain. That being said, as part of the free trade agreement between Canada and the EU, the two parties did agree on mutual recognition of a number of regulatory items, including GMP certification. There are also international initiatives in place, such as the International Council for Harmonization of Technical Requirements for Pharmaceuticals for Human Use (ICH).

In reality, it is unlikely that the UK will buck the trend of global regulatory harmonization— a trend that is decades in the making and is spreading throughout the world. The inefficiency and administrative load alone would be staggering. The UK will likely aim for some regulatory convergence, regardless of which post-EU path is taken. Pharmaceutical regulatory authorization was not a key issue during the referendum campaign, so continued integration itself is unlikely to be a political problem. The real concern is what the EU will want in return and whether the UK can afford to give it.

If the UK does indeed lose access to centralized authorization, or at least convenient ways to nationalize central authorizations like Norway has, patient access to new medicines will likely be negatively affected. Aside from losing access to European schemes like the UK-led adaptive pathways pilot, the UK may face more basic barriers to patient access. The UK makes up a mere 3% of the global biomedical industry, while the European Union represents almost 30%. It is thus very likely that manufacturers will choose to prioritize launching drugs in the EU before the UK, focusing initially on the larger market. This could result in patients having to wait longer to access new drugs.

Though pricing and reimbursement in the UK will not be affected in the short term, there are some potential long-term implications, since each EU country has its own rules and strategies for pricing and reimbursement. The 2014 Pharmaceutical Price Regulation Scheme (PPRS) has set UK prices for drugs through the end of 2018, which is approximately when Article 50 negotiations are set to end. So while there should be relative pricing stability through 2018, it is unclear what will happen with the new PPRS.

Many experts predict that the UK will face a period of recession and austerity in coming years as a result of the referendum, the uncertainty surrounding the exit, and the exit itself. A downward trend in the economy could result in cuts to the National Health Service (NHS) budget, which could then be reflected in the price of drugs. It is not inconceivable that the UK could see changes to the health technology assessments (HTAs) that the National Institute for Health and Care Excellence (NICE) — the world’s gold standard for HTA — performs, including changes in the acceptable incremental cost-effectiveness ratio (ICER) to reflect the new post-EU economic reality.

The UK is the most influential country in the world when it comes to IRP, affecting over $325 billion of the global pharmaceutical market. This influence — which largely stems from the UK’s transparency, gold-standard HTA, and cost-containment measures — is unlikely to be severely diminished by Brexit. However, because of this influence, the implications of Brexit will be felt by countries and pharmaceutical manufacturers worldwide through IRP. If manufacturers choose to focus on initially launching in the EU, and launch in the UK after, countries in the EU will not be able to reference the UK at initial product launch. This could impact prices and will present an additional challenge to manufacturers in the already complicated process of setting launch sequence and strategy in Europe. Furthermore, if economic forecasts are accurate and the downward trend is reflected in drug prices, that downward pressure will spread globally through the international web of IRP.

While research, market authorization, and trade will be the areas of the pharmaceutical industry most affected by Brexit, the resulting economic and trade changes will impact patient access and prices in the UK — and will likely spread globally through IRP.

Although Article 50 is unlikely to be triggered for several months, the EU has rejected any informal talks with the UK until then, so the future EU-UK relationship will not be clear until formal negotiations begin. This means months of uncertainty and instability for the pharmaceutical industry.

What is clear is that the impact will be far-reaching. From decreased funding for research, to increased trade and market authorization barriers, to the uncertain results from the pressures on the British economy, there is much to anticipate.

The different market and regulatory options available to the UK each comes with its own advantages and disadvantages. We may be able to predict which options will cause the most short-term upheaval and change, but it is more difficult to know which option will most benefit the pharmaceutical industry in the long run. What is certain is that UK influence will not remain at its current level. The market is simply too small compared to the EU, and its involvement within EU agencies cannot be sustained.

Going into this period of uncertainty and negotiations, pharmaceutical manufacturers will need to plan for a new United Kingdom. The consequences will certainly not come overnight, but they will come eventually. The industry must now work with the UK government and agencies to advocate and agree upon what steps need to be taken to ensure that the pharmaceutical industry — and those who rely on it — are affected as little as possible by the United Kingdom that emerges on the other side.

Yulia Privolnev is a senior analyst on the Global Market Access Insights team at Decision Resources Group (DRG). She is responsible for monitoring and analyzing global market access through the production of DRG’s Global Market Access Solution (GMAS) and Access & Reimbursement products. Yulia’s specific focus is on all aspects of market access in Western and Eastern Europe, as well as external reference pricing (ERP) and managed entry agreements (MEAs) on a global scale. Yulia holds a BA from the University of Toronto and an MA from the London School of Economics.