Brexit & The Biopharma Industry: What Happens Next? 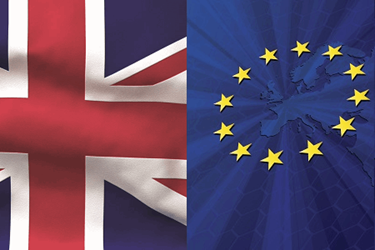 Last year, after the fateful June 2016 Brexit referendum that ended in a shocking win for the “Leave” camp, I wrote an article discussing the options going forward and the uncertainty that faced the biopharmaceutical industry. Now, almost a year later and after the official triggering of Article 50 — through a letter delivered by Eurostar, no less — have we actually learned anything new?

In truth, not really. For all the talk of “hard Brexit” and “soft Brexit,” and all of the discussion surrounding what the post-Brexit relationship between the U.K. and European Union (EU) will look like, we still do not know much more than we did a year ago. To make matters more confusing, British Prime Minister Theresa May called for a June 2017 election, which will further complicate matters. We likely won’t know the true makeup of the post-Brexit world until we know who is in power after that election.

One of the major issues of concern for pharma will also be decided in June, around the time of the British election. It has been reported that the EU will decide on the new headquarters of the European Medicines Agency (EMA) during the June 2017 meeting.

Currently, the EMA is headquartered in London, but it will likely have to move once Brexit occurs — for political and logistical reasons. No European law explicitly states that the agency cannot sit outside the union, although European institutions cannot. London certainly has a solid case for the EMA to remain there, but it is unclear whether such an arrangement would be politically viable.

In July 2016, the EMA issued a statement in order to reassure stakeholders that it is “business as usual” at the EMA headquarters in London, at least for the time being. Seemingly, no work streams or procedures had been affected post-referendum, and the EMA and its timelines operated as usual.

A number of countries have expressed interest in hosting the headquarters when the agency and its 890 staff members eventually have to relocate, but while the interest has been welcomed by the EMA, the new location must be decided by the remaining EU countries and not the EMA itself.

In February 2017, unofficial draft criteria for a new EMA host leaked, including details of everything from the need for a smooth transition (to ensure timeliness of drug approval) to access to hotels, airports, schools, child care, and high-quality health care. However, it is widely expected that the final decision will come down to political considerations and regional sensitivities, as well as the aforementioned practicalities. The official draft criteria is expected to be announced in early May 2017.

Why Are Countries So Eager to Host The EMA?

Presently, the EMA brings 40,000 people each year to its headquarters in London. It needs 350 hotel rooms per night, five days a week, according to statistics cited last year by the agency’s executive director, Guido Rasi. Ninety-three percent of the agency’s staff come from overseas. The EMA has a budget of €322 million for 2017. It presents a significant boost to the local economy, in addition to the collaboration opportunities for the country’s own regulatory and market authorization bodies. The EMA and the U.K.’s regulatory body, the Medicines and Healthcare products Regulatory Agency (MHRA), have a close working relationship at the moment, to the considerable benefit of the British government and the pharmaceutical industry in the U.K.

Who Are The Front-Runners?

It is thus unsurprising that the list of candidates is growing. More than a dozen cities, including Milan, Copenhagen, Dublin, Lille, Stockholm, and Warsaw are thought to be in the race. A number of countries have officially announced their candidacies, including Italy, Spain, Denmark, Croatia, and Slovakia. Many diplomats and politicians have been lobbying European officials to make the case for their country. In recent months, Italian Prime Minister Paolo Gentiloni pitched Milan’s candidacy directly to European Council President Donald Tusk. Among the countries that have joined the race, Denmark, Ireland, Italy, and Sweden have the most advanced candidacies. These four countries have created task forces or websites or even appointed a special envoy.

Italy, which already houses the European Food Safety Authority (EFSA) in Parma, argues that cooperation between the two agencies would benefit patients and boost expertise. However, there is pressure to move the agency to a smaller EU country outside of Western Europe, in order to evenly distribute the locations of EU agencies.

U.K. Hasn’t Given Up Yet, Though

However, it does not look like the U.K. is willing to give the EMA up without a fight. The U.K.’s chief Brexit negotiator,  minister David Davis, has reportedly said that he will fight to keep the EMA in London — although the European government has made it explicitly clear that there is no viable avenue for this to occur. Having — and keeping — the agency in the UK is thought to be an important reflection on the strength of the British pharmaceutical industry and market, and it has likely strengthened the attractiveness of the U.K. pharmaceutical sector.

The EMA’s headquarters in Canary Wharf hosts 36,000 national regulators and scientists each year from across the EU, and losing the agency will undoubtedly be a blow for the U.K. However, Davis’ stance does not seem to be shared by his colleagues. U.K. health secretary Jeremy Hunt and business minister David Prior, for example, both have come to terms with the fact the EMA will have to leave London.

Prime Minister May’s government has been pushing for a so-called “clean” break from the EU, which would mean that the U.K. would be unable to recognize EMA marketing authorization decisions and harmonize with EMA regulations, which speeds up the approval time and eliminates significant duplication for manufacturers. Under May’s leadership, the U.K. seems unlikely to join the European Economic Area, which allows access to the single market without being an EU member. It is possible that the U.K. will look to negotiate its own customized agreements with the remaining states, but such a deal could be seen as politically toxic in some countries, and not guaranteed to happen.

More will become clear after the April 29 summit, where EU leaders are expected to discuss the question of the EMA’s destination and where the member states will also finalize their joint negotiating position on Brexit. The negotiations themselves will not begin until August.

Earlier this month, MHRA released its business plan for 2017-18, in which Brexit is indicated as the top priority. Specifically, the agency's objective is to develop a proposed model for the future regulation of drugs and medical devices in post-Brexit UK. The system's aims will be to protect public health, facilitate innovation, and minimize burden on industry. The details remain vague, as even the MHRA document acknowledges the uncertainty of the UK’s post-Brexit relationship with the EU. However, the plan does stress that MHRA would like to maintain cooperation with its European counterparts, ”including the potential for ongoing co-operation in EU regulatory procedures.”

Of course, there also remains the wildcard of the U.K. election in June, and the possibility — albeit a small one, given the Conservative Party's lead in the polls — that a new government will have a different stance on the “hard” versus “soft” Brexit question than May does.

What Should Pharma Do?

At the moment, there are simply too many uncertainties about how everything will play out to be able to reliably plan. The best policy is to remain prepared by keeping up to date with developments and understanding the possible scenarios. It should be of comfort that the pharmaceutical industry is one of the most globally harmonized industries in the world, with strong international standards in a number of areas, and these standards are unlikely to change — whether you are going through the MHRA or the EMA.

Deciding the new EMA location by June will be critical — for the industry and for the EMA as an organization. Morale at the EMA has allegedly plummeted since Brexit and is getting “worse and worse,” according to Rasi. The agency has had six senior executives quit since the June Brexit referendum, which is more than the number who left in the decade prior to Brexit. Once the agency’s new location is determined — whether that happens in June or later — it will take up to two years to complete the relocation, which could create chaos and turbulence for the pharmaceutical industry engaging with the agency across a number of areas, ranging from clinical trials to market authorization.

Yulia Privolnev is a principal analyst on the Global Market Access Insights team at Decision Resources Group (DRG). She is responsible for monitoring, analyzing, and reporting on global market access through the production of DRG’s Global Market Access Solution (GMAS) and Access & Reimbursement products. Yulia’s specific focus is on all aspects of market access in Western and Eastern Europe, as well as external reference pricing (ERP) and managed entry agreements (MEAs) on a global scale. Yulia holds a bachelor’s degree from the University of Toronto and a master’s from the London School of Economics.