Cell & Gene Therapy Financing: What Is The Role For Private Equity And SPACS? 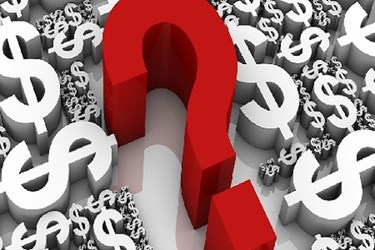 Since 1980 and Professor Martin J. Cline’s first attempt at Gene Therapy1 biomedicine has experienced tremendous progress, particularly in the field of cell and gene therapy. The emergence of this field means hope for many around the world for a cure to their diseases rather than treat symptoms. How do the private equity and special-purpose acquisition companies (SPACs) fit into this picture?

An Overview of the Cell & Gene Therapy Sector

The global cell and gene therapy market will reach €1.8 billion in 2021, and it is expected to grow at an impressive rate to hit €27.9 billion by 2026. This strong momentum is mainly driven by gene therapy products: from €1.4 billion to €17.2 billion (2026) compared to cell therapy from €0.4 billion to €10.7 billion2 in 2026. North America is leading with over 400 companies and a 60% market share in 2018.3 Europe and Asia/Pacific (APAC) follow. From 2018 to 2019, public and private institutions in the U.S. and Europe have invested more than $15 billion in cell and gene therapies to accelerate product development. That contribution has helped strengthen the pipeline of potential drugs.

For Alliance for Regenerative Medicine, there are 1,085 cell, gene, and tissue-based therapeutic developers worldwide with North America (543) leading followed by Asia/Pacific (295) and Europe (209). Those companies are involved in 1,220 ongoing regenerative medicine and advanced therapy trials worldwide with three leading indications: Oncology (554), Central nervous system (94), and Monogenetic diseases (87). There are 378 ongoing clinical trials with sites in Europe, and companies headquartered in Europe raised $3.6 billion in 2020. In the U.S., $11.8 billion were raised by companies and 505 clinical trials are ongoing in 2020.4

On the deal side, 2020 was a strong year globally with 141 deals compared to 83 in 2019. Those activities can be trimmed into 86 licensing, 25 strategic R&D collaborations, 23 corporate acquisitions, 4 product acquisitions, 2 joint ventures, and 1 other.5 Large pharmaceutical companies have been partnering with innovative developers. For example, Biogen and Sangamo announced a global collaboration to develop gene regulation therapies for Alzheimer’s, Parkinson’s, neuromuscular, and other neurological diseases. Biogen will pay Sangamo $350 million upfront, including a license fee and an equity investment in Sangamo. Sangamo will be eligible to receive up to $2.37 billion in potential milestones, as well as royalties on potential net commercial sales.6 In 2019, M&A deals in cell and gene therapy were valued at $11.28 billion, compared to $18.94 billion in 2018. On the partnerships and acquisitions front, it is important to note that Novartis, Gilead, and Pfizer have been active since 2016 with, notably, Novartis’s partnership with Intrexon or Pfizer’s acquisition of Bamboo.

Stock performance for cell and gene therapy firms was very strong, with gene therapy firms showing a staggering 70% increase and a 44% increase for all regenerative medicine7 firms. We can compare that to biotech performance in Europe (66.8% in the first half of 2020. In the second half of the year, it grew by 29.7%) and U.S. (Nasdaq Biotech displaying a 23% increase) which were lower.

An Overview of Private Equity Involvement in the Landscape

Several private equity investment strategies exist, the most common of which include leveraged buyouts, growth capital, and venture capital.8 In 2020, private equity has shown an ability to absorb the impact of COVID-19. The value of global healthcare buyout deals was $66 billion from 380 deals, which is below 2019 ($79 billion) but above 2018 ($64 billion). Moreover, biopharma remained strong, with the number of deals reaching 150, a 65-deal increase. However, the deal values decreased to $21.4 billion compared to $40.7 billion in 2019.9

During the Alliance for Regenerative Medicine’s annual Cell & Gene State of the Industry Briefing, Janet Lambert, Chief Executive Officer, shared staggering number regarding regenerative medicine financing in 2020, “$20 billion, which is twice   2019 figure ($9.8 billion) and 50% higher than 2018 ($13.8 billion). In 2020, Gene & gene-modified cell therapy financing increase by 73% at $17.3 billion and cell therapy by 160% at $10.6 billion”. Financing coming from public market reached $9.7 billion in 2020 more precisely $3.7 billion from IPO and $6 billion from follow-ons. Private financing accounted for $10.2 billion.10

Leveraged buyouts and growth capital firms, due to their investment strategies and mandate, have been focusing on services providers in the cell and gene landscape, such as contract development and manufacturing organizations (CDMO). CDMOs are interesting due to their growth, value creation potential, and the financial visibility they provide to investors. The global CDMO market was valued at $63 billion in 2019 and is expected to reach $119 billion by 2025 at CAGR of 11.2%.11

For example, in 2019, EQT Private Equity bought a 60% stake in Aldevron, valuing the company at more than $3 billion. Aldevron, a contract development and manufacturing organization that specializes in making biologics for the pharmaceutical and biotechnology industry. In June 2021, EQT Private Equity sold Aldevron to Danaher Corporation for an enterprise value of $9.6 billion.12

Curia, taken private in 2017 by Carlyle and GTCR for $922 million,13  bought LakePharma and Integrity Bio in July 2021 for more than $500 million. The aim is to expand Curia’s capabilities in small and large molecule research, development, and manufacturing solutions.14

In March 2021, ElevateBio, a cell, and gene therapy technology raised $525 million in a Series C. The investment was led by Matrix Capital Management alongside SoftBank Vision Fund 2 and Fidelity Management and Research Company.16

RiverVest Venture Partners and Mass General Brigham led a $17.5 million Series A funding into SeQure Dx, a gene-editing diagnostics company in August 2021. The money raised will be used for initial company development leading to the establishment of a full-service laboratory providing off-target gene-editing analysis for use in drug development, clinical trials, and ultimately patient evaluation before therapy.17

For Marianne De Backer, Member of the Executive Committee, EVP, Global Head Strategy and Business Development at Bayer, “The fact that there is so much Venture Capital funding going into the space, bodes very well for the future. A lot of those companies are going to be harboring pieces of the puzzle of technology that are going to be relevant.18

And What is SPACs Relationship to Cell and Gene Therapy Firms?

SPACs help cell and gene companies go public with some advantages:  faster execution than an IPO, upfront price discovery, possibility of raising additional capital, lower costs of marketing, and access to operational expertise. But also, some downsides such as capital shortfall from potential redemption.19

Interesting deals have been completed or are underway: Celularity Inc, a clinical-stage cellular medicine company, entered a business combination agreement with GX Acquisition Corp., a special purpose acquisition company. The Gross proceeds from the transaction is approximately $138 million.20

In May 2021, Jasper Therapeutics, a biotechnology company focused on the development of novel curative therapies based on the biology of the Hematopoietic Stem Cell, merged with Amplitude Healthcare Acquisition Corporation to create a publicly listed leading biotechnology company in Hematopoietic Stem Cell Transplantation. The transaction included up to $100 million in trust at Amplitude and a concurrent fully committed $100 million PIPE financing from premier institutional investors.21

One of the latest SPAC news is the deal between GreenLight Biosciences Inc and Environmental Impact Acquisition Corp., which is backed by investment bank Canaccord Genuity Group Inc for $1.5 billion in Q4 of 2021.  Andrey Zarur, co-founder and CEO of GreenLight, define the benefit of this strategy: “Going public through this partnership will accelerate development and commercialization by enabling us to attract the talent, purchase the tools, scale our manufacturing infrastructure, advance regulatory approvals, and develop further the science necessary to address some of humanity’s most pressing challenges.22

It is interesting to note that 28 SPACs seeking acquisitions in the U.S. healthcare sector raised more than $4 billion in 2020.  For Max H. Bazerman Professor at the Harvard Business School and Paresh Patel founder of Natural Order Acquisition Corporation. “SPACs have allowed many companies to raise more funds than alternative options do, propelling innovation in a range of industries. They offer investors and targets a new set of financing opportunities that compete with later-stage venture capital, private equity, direct listings, and the traditional IPO process."23

The cell and gene therapy market will continue to grow in the future as Scott Gottlieb, commissioner of Food and Drugs at U.S. Food and Drug Administration said, “by 2025, we predict that the FDA will be approving 10 to 20 Cell and Gene Therapy products a year based on an assessment of the current pipeline and the clinical success rates of these products24” The future looks bright. Private Equity and SPACs are amazing sources of capital that are helping take the industry to the next level and deliver innovative therapies to patients. The future will tell which investment strategies bring the most value to patients, society, and shareholders.

I would like to thank Professor Denis Gromb for his contribution to this article. Denis Gromb is the Antin I.P. Chair Professor of Finance at HEC Paris. He graduated from Ecole Polytechnique, where he also obtained a Ph.D. in Economics while visiting the London School of Economics. His principal research interests include corporate finance, corporate governance, banking, the economics of organizations and the limits to arbitrage in financial markets. His articles have been published in leading academic journals in Economics and Finance.26

Joseph Pategou is a consultant specializing in the pharmaceutical industry who has published more than 30 papers/articles in reputable journals, including Cell and Gene Therapy, Drug Discovery & Development, Biosimilar Development, The Indian Economist, Labotech.eu, and others. You can connect with and follow him on LinkedIn, Instagram, or Twitter.