Choose The Right Inline High Shear Mixer For Your Process 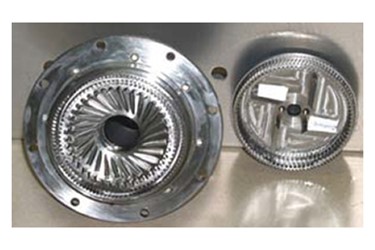 Throughout the process industries, manufacturers rely on high shear mixing to produce emulsions, dispersions and solutions. Many of today’s chemicals, adhesives, pharmaceuticals, foods, plastics, coatings, composites and other products can no longer be made efficiently using traditional batch mixers such as propellers, turbines and saw-tooth dispersers. This can be attributed not only to new raw materials and formulations but also to the increasingly competitive market which puts a high value to process efficiency and lean manufacturing. The long mix times, multiple transfer steps, batch-to-batch variations and other issues that manufacturers were simply dealing with have become unacceptable. As a result, newer mixer designs such as inline high shear rotor/stator devices have become more in demand and have undergone significant developments in terms of features and functions.

This white paper presents some ideas for selecting the right inline high shear mixer for your process. The recommendations discussed in this paper are based on the company’s collective experience as a mixing equipment provider to the process industries for over 170 years. Mixer testing and simulation trials are encouraged to confirm the suitability of a specific mixing strategy.