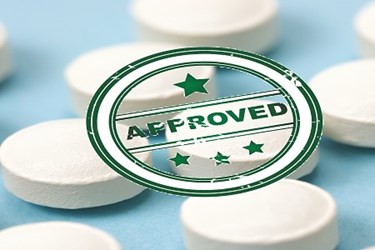 Last week, Matthew Herper of Forbes published an eye-opening article providing a closer look at FDA approvals in recent years, coming to the conclusion that the industry is facing what could be a dangerously high approval rate for new drugs. But how could high approval rates be a bad thing? After much pomp and circumstance, we just passed the 21st Century Cures Act, which promises to bring drugs to patients sooner — the industry’s foremost goal. But many opponents of the Act have voiced concerns that quality and safety might take a back seat to quantity and speed, and it seems this is the conclusion at which Harper arrives as well.

The data Herper relies on for his article was commissioned by Forbes and compiled by BioMedTracker. According to BioMedTracker findings, the approval rate for “new molecular entities” (NMEs) was 50 percent in 2008. (The agency approved and rejected 20 NMEs.) Compare the 2008 approval rate to this year’s, which is already 96 percent (according to BioMedTracker’s method of tallying approvals/rejections). This year so far, the agency has only rejected applications for Merck’s anesthesia antidote Bridion (an NME), and new uses of Allergan’s Avycaz and Lilly’s/Boehringer Ingelheim’s Jardiance plus metformin, says Herper.

While a large number of approvals could be indicative of a stable and productive time for players to enter the U.S. market with their drug candidates, I’m left with a few concerns about how this approval surge could affect the growth of the emerging biosimilar market. Biosimilars are obviously not NMEs; they’ve been created to be alternatives to existing medications and, therefore, I realize they cannot necessarily be equated to the drug approvals BioMedTracker is surveying. But we just saw the first biosimilar approval earlier this year, and there are more on the way—and there are a lot of regulatory decisions that need to be made before biosimilars are openly accepted into the market. For instance, biosimilars not only have to meet established quality and safety studies, but there are a number of other pressing issues on which regulators need to take a stance, including how to establish biosimilarity or equivalence to the reference molecule. The agency also has to figure out where it stands on extrapolation and solidify a biosimilar naming process following the recent release of its much-contested guidance last week.

But if Herper and the stats he’s discussed are any indication of the near future, we might not have a whole lot to worry about in terms of whether biosimilars up for review will get the final nod of approval. So what should those entering the biosimilar market be concerned about if not about their products’ approvals? The way I see it, a high percentage rate of approvals — perhaps too high — could not only encourage distrust in biosimilars in an already cautious and uneducated healthcare industry, but it could alter definitions of innovation in the industry and carry the biotech bubble closer to what could be a market-damaging “pop.”

Could This Be As Good As It Gets?

While it seems we are in a “golden age of drug approvals,” Herper cautions that “this could be as good as it gets. If 96 percent of new drugs are getting approved, approval rates can only go down.” But if we look at past stats, the percentages have fluctuated from year to year. For instance, in 2008, the FDA approved 50 percent of drug applications that came across its desk. In 2009, this percentage dropped to 44 percent, but by 2011, had revved to a new 86 percent high. Depending on the year and the batch of drugs that are up for review, that percentage is bound to fluctuate. Obviously, if it can go down, it also could go higher than 96 percent — though I’ll agree that that is an incredibly high percentage that raises a few questions about the quality and innovation of the drugs reaching the market.

In fact, Herper is primarily concerned that an almost-100 percent rate of approval could lead to safety concerns which would, in turn, not only harm patients, but the industry’s reputation. After all, the FDA let through two drugs that had to be pulled because of safety issues — Merck’s Vioxx and GSK’s Avandia — during a particularly productive approval period in the late ’90s and early 2000s. I share Herper’s concerns here. Those entering the biosimilar market in the U.S. are already facing hurdles they need to overcome in terms of perception. In general, more needs to be done to educate doctors and the general public about these new treatments and the benefits they could bring to healthcare. But if there’s any question among the public, doctors, and the industry that the FDA has become a bit too liberal with its approval stamp, that certainly won’t help encourage faith in an entirely new type of medicine to hit the market. (Though that’s not to say I think the FDA is letting or will let just anything out into the market.)

Another argument Herper made in his follow-up article struck a chord with me, seeing as I’ve been focused lately on the rather hazy term “innovation” in this industry. Herper states, “Many of the approvals coming through this current year are clearly not resulting from higher quality research and drugs that are targeted to specific patient populations.” He acknowledges there have been some big wins, including Bristol-Myers Squibb’s Opdivo and Novartis’ Entresto. However, as he points out, “There are also incremental steps like Rexulti, the umpteenth antipsychotic and Sayvasa, the third in a new class of stroke-preventing medicines. Medically important? Yes. Evidence of a new paradigm? No.”

Supposedly, the industry is coming out of the “me-too” drug phase (or at least that’s what one expert told BioPharma Dive in a recent article on innovation). Herper seems to believe differently, and he’s backed up by the “incremental steps” approvals he mentioned. However, biosimilars are being developed to be a “copy” of a reference product, and while the biosimilar market is novel in the U.S., there are many in the industry who fail to view them as an innovative entity. They are never going to be, say, on par with the new first-in-class PCSK9 inhibitors. In order to even make it to market, the biosimilar has to prove its biosimilarity. In doing so, it holds the keys to more choices for patients and cheaper healthcare as the emergence of small molecule generics did years ago — qualities which I believe can be associated with innovation. However, if we’re looking to the FDA to bring drugs to market that are “evidence of a new paradigm,” we’re going to find arguments all along the spectrum about whether or not biosimilars fit this paradigm. Sure, there’s a market need, but are they actually innovative?

This is a question I posed in one of my previous posts. The piece caused some vigorous discussion in the BIO LinkedIn page, with experts arguing for both sides. But I’ll admit having read Herper’s argument, if we’re going to start questioning the FDA’s approval trends based on whether the drugs it approves are actually novel, we’re going to be facing a split industry that could start questioning the worth of a biosimilar approval to begin with.

Let’s Not Forget The Biotech Bubble

It’s also important to keep in mind the effect this FDA approval boom has on the Nasdaq. In the midst of an approval-happy period, those investing in biotech companies are going to prosper. As Herper says, the iShares Nasdaq Biotechnology Index (NBI) has gone up 360 percent over the past five years because of favorable FDA approval decisions. But with these increases in the market comes the question of whether this market is sustainable or if we’re facing a bubble that could easily be popped. Indeed, FierceBiotech recently surveyed readers and determined that a majority (52 percent) believe the biotech market is a bubble just waiting to pop. However, a majority of the 342 people surveyed expect to continue seeing IPOs for two more years.

So what does this have to do with biosimilars? Just last week, Samsung confirmed its plans to enter the U.S. stock market with the listing of Samsung Bioepis, which has already reported success from its Phase 3 trials for Enbrel and Remicade biosimilars. Samsung Bioepis recently joined forces with Merck to not only develop these two biosimilars, but to launch early stage development of biosimilars for Sanofi’s Lantus, AbbVie’s Humira, and Roche’s Herceptin. The last two of these have also been making positive progress in their respective later phase trials. (It’s no wonder the company has already been deemed a “biosimilar behemoth” by BioPharma Dive.) Sure, a high approval rate encourages a rise in the market and is alluring to up and coming companies, such as Samsung. However, the higher the rise in the market, the more harmful a fall would be to up-and-coming biosimilar makers.

I acknowledge that there’s a lot of speculation in what I’ve just outlined. There’s absolutely no saying that all biosimilars are facing a certain, positive regulatory future. There’s no indication the industry would not value what a biosimilar brings to market, even if it is just a copy. Drug approvals fluctuate from year to year, and this certainly depends on the pool of candidates crossing the FDA’s desk. Approving and ushering more drugs to market for patients certainly doesn’t seem like a bad thing on the surface, and I hesitate to say it is. The FDA is doing its job by bringing new drugs quickly to market. Likewise, there is a large number of companies putting time, resources, and advancing knowledge to good use to present the FDA with promising New Drug Applications and Biologics Licensing Applications. But I think Herper brings up some valid concerns in both of his articles that could leave a mark on what is still a young and impressionable market in the U.S.