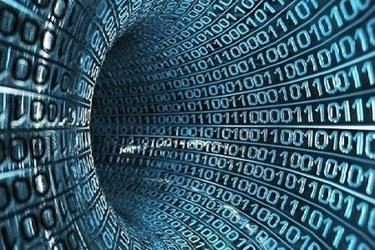 Francis Goodwin, director of the FDA’s Division of Drug Quality II, Office of Manufacturing Quality, Office of Compliance, spoke about enforcement trends at the Parenteral Drug Association (PDA)/FDA Regulatory Conference in September. He addressed warning letters, import alerts, and regulatory discretion activities. Let’s focus on warning letters, where the top concerns he presented were data integrity and contract manufacturing. His presentation identified that more than five warning letters issued in 2017 were issued to firms operating in this space, either as contracted facilities, product owners, or both.

This two-part article will address how sponsors can effectively ensure confidence in data integrity at their contract development and manufacturing organizations (CDMOs) and have confidence in the information upon which they base lot release decisions. In this first installment, we cover 2017 enforcement actions (effective as of October 31, 2017) and identify things that can go awry in contractual relationships. Note that the focus here is on data integrity in contractual relationships and is not meant to address all the factors that should be considered when selecting a contract manufacturer or laboratory.

Let’s begin with 13 warning letters from 2017 that mentioned contract operations. The table below identifies the warning letters. (See the appendix for the relevant text for the deficiencies in question.) This reflects 16 percent of the 69 warning letters issued in FY2017 to API and drug product manufacturing sites. These warning letters were not identified or described in Goodwin’s presentation slides at the PDA/FDA meeting. One pair was mentioned briefly during the presentation, and it was clear which firm(s) was being discussed.

The contract manufacturing/testing site is responsible for operating consistently with the governing CGMPs. The company for which they manufacture is ultimately responsible for the quality of the product and to ensure the contract firm is CGMP-compliant. Clearly, Sage Products was held responsible for the failures at their contract manufacturer, ChemRite CoPac, and both received warning letters. Porton BioPharma received a warning letter that mentioned they made process changes prior to receiving FDA approval, but the sponsor, Jazz Pharmaceuticals, did not receive a warning letter for distribution of a drug for which process changes were not reported to the FDA. Lumis Global Pharmaceuticals was cited for accepting an API from a supplier under U.S. import alert, relabeling the API as if they manufactured it, and distributing it to the U.S. It’s not clear whether any of their customers were aware of their practice before either the form 483 or warning letter was issued. Indoco Remedies failed to provide its customers with information necessary to make a decision regarding the need to submit a field alert report (FAR), even though their quality agreement had that provision. The warning letter to Homeolab clearly mentioned the deficient activities at their contract manufacturer, Raritan Pharmaceuticals, for which they appear to have failed to provide adequate oversight. Although Raritan received a warning letter in June 2017, it did not mention the services they provide as a contract manufacturer.  Aztex Enterprises purchased a component under import alert [probably an API] and used it to manufacture a product that was shipped to the U.S. The firm under import alert was not named in the warning letter. And, finally, Accelerated Analytical Laboratories operates a contract testing service for OTC drugs and failed to select suitable tests and validate them. The firms whose products they test were not identified.

This year, FDA enforcement actions appear to make a point that the contractor is meant to be an extension of the firm sponsor that offered the contract. Until the FDA takes enforcement against or all partners in these business relationships, problematic behavior will continue and patients will remain at risk. This FY saw at least two instances of paired warning letters issued to sponsor and contracted organization: Sage Products and ChemRite CoPac, and Homeolab and Raritan. From the text in the other warning letters in the appendix, other sponsors are clearly involved.

This is not a new issue. In the 2010, a form 483 issued to McNeil Healthcare stated in observation 7 that Microanalytics, a contract laboratory, performed testing for the uncharacteristic odor found in some solid oral dosage forms. Commenting on the review of data from the contract laboratory, the FDA said:

“The chromatograms, spectra and records were not reviewed by a second person [at the contract laboratory] to assure that the records comply with specifications. Additionally, your Quality Unit failed to review the data for errors. [emphasis added] For example, some of the chromatograms showed the acquisition date as May 2003. However, the actual analysis was performed in September 2009. There is no assurance that the data provided is accurate and reliable. ...”

In 2011, the FDA issued a warning letter to Nanjing Maohai Biotech Co. The firm sent samples to a contract laboratory for testing. The warning letter stated:

“Your firm lacks raw data to demonstrate that the (b)(4) test for the lots of (b)(4) shipped to the United States met the acceptance criteria. … All documents related to the testing of your (b)(4) should be reviewed and approved by your quality unit according to established procedures. [emphasis added]. Contract laboratories are an extension of your operations, and, as such, your quality unit is responsible for all data acquired at the contract laboratories you choose to use.”

Regarding testing that was performed in support of investigations into product complaints, in the same warning letter, the FDA stated:

“Your firm indicated that the (b)(4) had passed the X test conducted by your contract testing laboratory. However, raw data pertaining to the test and retest performed by your contract laboratory was not available for your review and possible determination of root cause.” [emphasis added]

Form 483 inspection observations and warning letters frequently cite 211.194, “failure to review complete data from all tests. …” In general, this is cited when firms fail to review electronic data and their associated critical metadata (i.e., audit trails). This is a point at which contract manufacturing, testing, and data integrity concerns can intersect.

Take a deeper dive into ensuring your data is reliable in the course:

Data Integrity: Why Not Identifying Repeat Defects In Your Data Is Killing Your Performance

What Can Go Awry

It is clearly unreasonable to expect firms to review original data, either process data or laboratory data, generated by their contract manufacturer as they decide to release each lot of API or drug product. It is equally unreasonable for a firm to review dozens of pages of paper a contractor might send to represent some of the data, albeit not original data, for each chromatogram. Further, some virtual firms may not have individuals with the expertise to do so and are left with a false sense of security about their contract site … they generated and sent us all this “data,” so it must be correct. Let’s consider how the sponsor can make lot-release decisions with confidence based on data from their contracted partner.

First, there are any number of ways to get this wrong:

Examples earlier in the article cite warning letters issued to contract manufacturers and laboratories followed by a related warning letter issued to the firm that contracts for their services. Personally, I think this is long overdue. It is the industry’s responsibility to ensure we contract only with partners that have adequate systems in place to manufacture and test consistent with CGMPs in a manner that ensures product quality and patient safety. This includes having systems in place to ensure trustworthiness of data, as we describe in Part 2 of this article.