EU Sets The Stage For Increased Pharmacovigilance Oversight And Harmonization

Integral to the GVP guidelines was the introduction of the pharmacovigilance system master file, or PSMF, which is a detailed description of the pharmacovigilance system used by the marketing authorization holder (MAH) with respect to the holder’s authorized medicinal products. The PSMF has been required for new marketing authorization applications since July 2012; it will be optional for existing applications until July 2015. 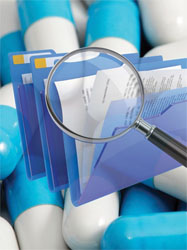 The PSMF is much more than a regulatory document. It describes in detail every aspect of the way a company handles a product’s pharmacovigilance and safety in general. In so doing, it serves as a useful and robust tool for both regulators and the MAH by ensuring that all aspects of GVP are being practiced, that there is clearer structure to the management of product safety issues, and that noncompliance issues or deficiencies in the pharmacovigilance system will get detected.

In addition, complex and constantly changing regulations require higher levels of interdisciplinary expertise, which in turn increases the need for good tools to detect and respond to safety concerns. Yet many life sciences companies remain reluctant to introduce the PSMF — in part because the 2015 deadline for compliance makes it seem less urgent, and in part because the new GVP guidelines require investment in training relevant staff, which can be costly.

The PSMF reflects the existing pharmacovigilance system of a product and must be maintained and submitted to authorities upon request, thereby making it transparent and accountable. The document must be available to the assessors within seven days of a request. A document that does not include sufficient details regarding the existing pharmacovigilance system as defined in PSMF GVP Module II could trigger a safety inspection. What that means in practice is that the PSMF should be permanently available for inspection.

The document is also expected to provide insight into audit findings, including open corrective actions and preventive actions related to the GVP processes of the product. GVP Module II states that, “A description of the approach used to plan audits of the pharmacovigilance system and the reporting mechanism and timelines should be provided, with a current list of the scheduled and completed audits concerning the pharmacovigilance system maintained in the annex.” For example, when an MAH contracts pharmacovigilance services to a third party, a mechanism of oversight is required, which could include an audit. Any planned audits of the service provider and any significant audit findings should be recorded in the PSMF in accordance with European Union legislation and GVP Module II.

GVP Module II also states that, “The master file shall also document deviations from pharmacovigilance procedures.” The impact of either planned or unplanned deviations should be assessed when deciding whether to record them in the PSMF — for example, if the MAH identified (outside a quality system audit) that a large number of cases had not been transferred from an affiliate office to pharmacovigilance. That type of deviation, along with the proposed corrective actions and preventive actions, should be recorded in the quality system and a note placed in the PSMF until resolution.

The document is intended to be meticulous in its level of detail. The PSMF is to be used for assessing whether an MAH complies with current GVP guidelines. It also reveals how soon the MAH was able to disseminate important patient safety information to the relevant audience — for example, Direct Healthcare Professional Communication letters or Summary of Product Characteristics (SmPC) variation submissions that inform the competent authorities and the EMA.

Managing Metrics
Central to the PSMF is the inclusion of metrics or key performance indicators in the annex, alongside the results of those measurements. The GVP guidance lists the minimum metrics for inclusion, but it also states that companies should develop their own company-specific metrics for their unique situations and systems. Inclusion of metrics is a useful tool not just for regulators but also for the company and its qualified person responsible for pharmacovigilance (QPPV) to ensure compliance and identify deficiencies in the pre-existing pharmacovigilance system.

Managing the Interfaces
As is the case in most departments in pharma today, many companies are choosing to outsource either their entire pharmacovigilance function — or aspects of it — to reduce fixed overhead costs, avoid high up-front investments, secure additional capacity, increase resource flexibility, or augment the performance of an activity not considered a core area of the business. Companies, however, retain overall responsibility for the safety of their products and must ensure that a third party or parties can provide the necessary support, understand the ever-evolving guidelines, and demonstrate necessary compliance with the regulations.

Preparation and maintenance of the PSMF relies on a cross-functional team of subject-matter experts to develop all annexes covering information for all products. The PSMF has enormous importance in both the preapproval and postmarketing phases of a product’s life cycle. More transparency and more communication from companies to third-party vendors are required with regard to process updates, such as standard operating procedures, validation updates to the company database, and compliance information. All updates must be documented in the PSMF, which will be the first thing auditors scrutinize.

Seize the Day
A number of companies have started writing the PSMF; few are in a hurry to implement it. But postponing implementation of the PSMF could increase costs and lead to greater complexities later because the PSMF is a document that can take a great deal of time and a great deal of thought to prepare and construct. In addition to laying the groundwork for the PSMF, the QPPV and other pharmacovigilance and regulatory staff will need to interact with other parts of the company as well as third parties, including service providers, distributors, and affiliates.

The PSMF also helps provide a better framework for the GVP guidelines, because rather than being included in a detailed explanation of the way pharmacovigilance was handled for the product being submitted, such explanatory information is contained in the PSMF in a structured way.

With so much to consider and with so many benefits to be realized in oversight and harmonization, companies would do well to consider early adoption or at least to begin preparing the way for the PSMF.