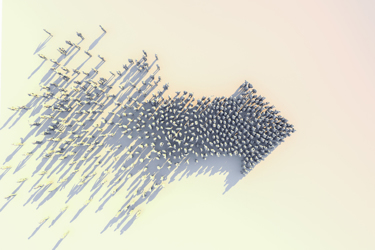 New chemical entity (NCE) designations are extremely important to small molecule pharmaceutical developers: they provide a five-year exclusivity period which assures that there will be no competition to a new drug product from generics, with or without patent protection.  However, the FDA’s decisions on NCE have been contested in the past, for various reasons.  One basis on which parties challenge NCE determinations is the FDA’s “active moiety” approach to NCE exclusivity, an approach that the FDA has been using by regulation for over 20 years.  In an attempt to clarify these situations, on April 23, 2021, President Biden signed into law the Ensuring Innovation Act, which amends the Federal Food, Drug, and Cosmetic Act (FDCA) to clarify when a new drug may be granted NCE status.

By regulation, FDA has defined “active ingredient” to be the same as “active moiety.”  The FDCA statute defines an “active ingredient” as “any component that is intended to furnish pharmacological activity or other direct effect in the diagnosis, cure, mitigation, treatment, or prevention of disease, or to affect the structure or any function of the body of man or other animals.”[1]  On the other hand, an “active moiety” is defined by regulation as “the molecule or ion, excluding those appended portions of the molecule that cause the drug to be an ester, salt (including a salt with hydrogen or coordination bonds), or other noncovalent derivative (such as a complex, chelate, or clathrate) of the molecule, responsible for the physiological or pharmacological action of the drug substance.”[2]

The Ensuring Innovation Act codifies the FDA’s interpretation of “active ingredient.”[3]  While courts had mostly gone along with the FDA’s choice to use an “active moiety” standard, they have also occasionally held that the application of the regulation was impermissibly straying from the plain language of the statute.[4]

Court that upheld the FDA’s approach: Actavis v. FDA. The court upheld the FDA’s decision to grant NCE to brand manufacturer Shire for its product Vyvanse.  In doing so, the court discussed how the FDA implements the exclusivity provisions of the Hatch-Waxman Amendments by regulation, and the key question posed by the regulation turns on the presence of a new active moiety.[5]  Indeed, the court even examined, and ultimately rejected, Actavis’ argument that the FDA was improperly interpreting its own regulation.[6]  Thus, Actavis is an example of a case where the court did not find any issue with the FDA’s practice of using an “active moiety” approach.

Court that upheld the FDA’s approach: Otsuka Pharm. Co., Ltd. v. Burwell, 302 F. Supp. 3d 375 (D.D.C. 2016).  In this decision, Otsuka, which had exclusivity over the antipsychotic Abilify Maintena, attempted to challenge the FDA’s approval of rival Alkermes’ version, Aristada.[7]  The FDA, relying on its usual “active moiety” approach, had reasoned that each drug technically had different active moieties, although both metabolized to become the same substance in the body, and thus granted NCE to Aristada.[8]  The D.C. Circuit affirmed the district court’s finding and the FDA’s interpretation of the statute on appeal.[9]  The case therefore represents how courts have continued to accept the FDA’s regulation-based “active moiety” interpretation, finding it to be reasonable.[10]

Court that questioned the FDA’s approach: Amarin v. FDA. In this case,[11] the FDA had divided a previously approved active ingredient into multiple active moieties.  Then, it denied exclusivity to a new drug with an active moiety in the previously approved active ingredient.  In doing so, the FDA, as per its normal approach, made its exclusivity determination based on an interpretation of “active ingredient” to mean “active moiety.”[12]  However, the court disagreed with the FDA’s denial and was critical of the FDA’s “active moiety” interpretation, stating that “the FDA’s ‘active moiety’ approach could not be reconciled with the statutory text.”[13] The court wrote at various points that the FDA had made “no attempt to explain how its approach [furthered] Congress’s purposes or [was] otherwise a reasonable policy choice,”[14] and had created a “mind-numbing muddle,”[15] “[depriving the statute] of any coherent meaning.”[16]  These statements point to an instance where the court was more skeptical of the FDA’s approach, which may have played a part in how the court held.  Ultimately, the court remanded the action to the FDA for proceedings consistent with its opinion.[17]

Some Clarity For The “Active Moiety” Approach

Because the Ensuring Innovation Act codifies the FDA’s regulatory interpretation of the statute, a challenger will no longer be able to argue that the FDA regulation is an impermissible reading of the statute, nor is a court likely to find that it is.  Under the new legislation, the FDA’s reliance on its “active moiety” approach in making its exclusivity determination has statutory support.   Thus, the fact that the FDA’s regulation is different from the statute should no longer have an impact on a court’s decision in the future.  Those looking to overturn FDA decisions will not be able to point to the Amarin court’s criticism that the FDA regulation is contrary to the statute.  The FDA’s regulation now tracks the statute because by passing the Ensuring Innovation Act, Congress has now explicitly ratified the FDA’s interpretation of the “active ingredient” language in the FDCA.   Although judicial outcomes under the new regime will most likely continue to be fact-specific, as they have been in the past, the FDA’s regulatory definition is now supported explicitly by the statute.

The Ensuring Innovation Act will not solve all of the problems with the prior statutory regime and judicial outcomes.  The codification of the regulation provides more clarity, but the regulation’s application will continue to result in different outcomes, as in Actavis, Otsuka, and Amarin, based on how courts distinguish the relevant active moieties.  Where this legislation’s effect might be seen is in parties having fewer avenues to challenge the FDA regulation as contrary to statute, as the statute now mirrors the regulation.   And judicial opinions should no longer take into account the differences between an “active moiety” and “active ingredient” in rendering decisions because the Ensuring Innovation Act states that “active ingredient” shall be stricken in each place it appears in the FDCA and replaced by “active moiety” as defined in the Code of Federal Regulations or any successor regulations.[18]  Overall, the act, which passed with support from both major parties, helps to provide clarity.  Its passage demonstrates that the legislative and executive branches are taking notice of litigation surrounding NCE.

Stacie Ropka, Ph.D., is a partner at Axinn. Her practice focuses on intellectual property litigation, due diligence, and client counseling, with an emphasis on the life sciences. Ropka’s experience includes extensive counseling for product development efforts relating to biologics and reconstructive biomaterials, including products that utilize adult stem cells. In addition, she regularly litigates Hatch-Waxman Paragraph IV patent infringement suits. Prior to attending law school, she held a faculty position at SUNY Upstate Medical University, where she spent many years as a research scientist in the fields of neurology, virology, and immunology.

Ramya Auroprem is an associate in the intellectual property group at Axinn. Her practice focuses on patent litigation, particularly cases involving wireless communications technology. Her experience includes matters before the federal courts and the United States International Trade Commission.