Is The Orphan Drug Act Hurting The Patient Population? 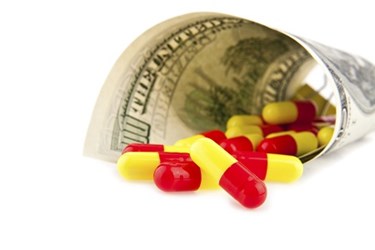 In an article for U.S. News & World Report, Joseph Gulfo, executive director for the Rothman Institute of Innovation and Entrepreneurship, notes Rare Diseases day, which was on February 28th, passed by this year with little fanfare. If Gulfo had his way it would be eliminated altogether, and he makes a good argument.

The FDA celebrated the day by highlighting its accomplishments over the past year in approving orphan drugs – those intended to treat conditions affecting less than 200,000 patients per year or cases where there is are no reasonable expectations that the developer will recover the costs of drug development and marketing via future sales of the drug in the U.S.

Almost half (15 of 35) of the new drugs approved by the FDA in 2014 received the orphan drug designation. This was the highest number since the Orphan Drug Act was passed in 1983. One of the drugs approved was for Castleman’s Disease. Affecting only 1,200 patients per year, Castleman’s is a rare ailment involving the body’s lymphatic system. The disease can occur in localized or widespread form, the latter sometimes associated with HIV infection. With so many companies now pursuing orphan treatments, it makes you wonder if the FDA is encouraging pharma companies to use its resources in the most efficient manner.

The intent of the act was a good one. It was launched to encourage pharmaceutical companies to develop drugs for diseases with a small market. But like other efforts designed to help individuals in a bad situation, unintended consequences can arise and stymie even the most sincere of intentions. The problem is the success of the act may now be discouraging pharma companies from pursuing medicines that would be more beneficial to the patient population as a whole, in order to pursue a more profitable treatment for an orphan disease with a much smaller number of patients.

There is great difficulty and expense involved with finding a new molecule, taking it through the discovery and development cycle, and finally obtaining FDA approval. Taking the orphan drug route has numerous advantages. Orphan drugs can bring in very high prices for its manufacturers. Those high revenues are generally not offset by usual high costs for marketing and promotion, since the market is already well-defined. The manufacturer will also not have competition in the market because of the promise of seven years of market exclusivity. Add in the fact that orphan drugs are exempt from the Affordable Care Act’s branded prescription drug fee, and orphan drugs suddenly become a very profitable endeavor for most pharma companies.

Unfortunately, the thing we may lose sight of in this whole process is the very thing the FDA was created to protect and serve…the patient. When a pharma company is developing a new drug, do we want them to focus on the severity of a disease, the number of patients affected, and the areas where it can do the most good for society as a whole? Or do we want them to focus on areas where the FDA has a special deal in place allowing companies to reap potential windfalls by serving a much smaller population of patients?

All of us want the FDA to fulfill its role of efficiently reviewing drugs for safety and efficacy and getting needed new therapies to market. If we get to the point where we distort the market in an attempt to funnel time, money, and other resources into areas they would otherwise not flow, we have to wonder if patients are being served in the best possible way.

We may already be seeing the negative impact of the effort. A recent study by the Biotechnology Industry Organization shows total venture funding of drug R&D is down 21 percent. Diseases that affect large populations have seen dramatic declines, including 81 percent for diabetes, 56 percent for psychiatry, 49 percent for gastrointestinal, 41 percent for respiratory, and 32 percent for cardiovascular. Rare disease funding, on the other hand, has seen an increase in both dollars raised and companies funded. We are now seeing more mainstream medicines getting approved in Europe two to four years before being granted FDA approval in the U.S.

There is one thing we know for sure: genomics and personalized medicine is sure to make drug discovery and development more complicated. If it allows us to segment a patient population to fewer than 200,000, or discover a treatment where no other exists, suddenly it becomes a candidate for orphan drug designation or fast-track and priority review status. In either case, you can expect a faster FDA approval.

Take all of this together, and it leads us to a potential warping of the market. If you can invest your efforts in a medicine that will be fast-tracked, carry high prices, and benefit from market exclusivity for seven years, would you do that? Or would you continue to go the traditional route and invest in a molecule that will spend years in development and clinical trials, and hope you make it to market and recoup a portion of your investment before a competing product takes market share? Based on the investment numbers cited earlier, it seems many pharma companies have already opted to go the orphan route.

The resources of pharma companies are valuable and limited. So are the resources of the FDA, which most would agree is under-funded as well as under-staffed. The economic theory of opportunity cost tells us that any resources used in one area cannot simultaneously be used in another. It would be nice to know these resources are always being put towards their most valuable use. As long as we encourage companies with incentives that do not put resources towards their most productive use, questions about the process will unfortunately remain. The point is not to abandon orphan diseases or their patients, but to make sure the incentives we put in place do not cause the use of these valuable resources to be widely distorted.