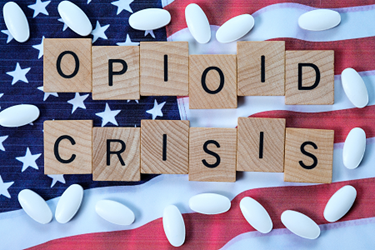 Drug manufacturers should be aware of new regulatory powers given to the FDA in a recently enacted law aimed at deterring opioid abuse. The Substance Use-Disorder Prevention that Promotes Opioid Recovery and Treatment for Patients and Communities Act (SUPPORT Act) became law on Oct. 24, 2018 with bipartisan support in both the House and the Senate. It is intended to help fight the opioid crisis with a number of provisions, including promoting research for alternative non-addictive drugs to treat pain, expanding access to treatment for Medicaid and Medicare recipients with substance-use disorders, enhancing anti-kickback provisions that apply to opioids, and restricting incoming mail shipments of illicit drugs. Some critics claim the bill does not go far enough in addressing key issues, but other stakeholders laud the legislation for providing new tools to the government to use in its efforts to curb opioid addiction.

Much of the attention given to this new law has focused on its provisions intended to expand access to treatment. However, some key provisions should be on the radar of drug manufacturers. We start by summarizing the key post-marketing enforcement authorities granted to the FDA in the SUPPORT Act and then turn to the pre-marketing provisions.

While the FDA already had mandatory recall authority over some products (food, tobacco, medical devices, and certain biological products), it did not previously have any mandatory recall authority over pharmaceuticals. That meant when companies failed to comply with the FDA’s request to voluntarily recall their products, the agency’s only recourse was with the Department of Justice to pursue legal action, such as a seizure of the products or an injunction against the distribution of the products. Now, with the passage of the SUPPORT Act, the FDA may order a mandatory recall of a controlled substance when it finds a reasonable probability that the product would cause serious adverse health consequences. The drug manufacturer or distributor is entitled to an informal administrative hearing on the issue, but the agency retains the final authority to order the recall after this hearing. This new authority is limited only to controlled substances and does not apply to all pharmaceuticals.

The U.S. Postal Service (USPS), U.S. Customs and Border Protection (CBP), and the FDA work together in screening for packages coming through the government’s International Mail Facilities (IMFs) that may contain illicit drug products. Each year, the FDA finds thousands of those packages that contain illegal or counterfeit drug products. One of the new provisions in the SUPPORT Act gives FDA the authority to more efficiently detain, refuse, and destroy unlabeled packages carrying products with active ingredients or analogs of active ingredients found in FDA-approved drugs. Prior to the SUPPORT Act, the FDA had to determine the intended use of every unlabeled import suspected of being a drug before taking action — a cumbersome and slow process. By removing the requirement that FDA first determine the intended use of the unlabeled import, FDA and CBP can move more swiftly to prevent controlled substances from entering the country, and thereby enhance the scope of drug importation security. In addition, the SUPPORT Act directs the USPS, CBP, and FDA to work together on facility upgrades, improved capacities, and technological upgrades at the IMFs to work toward near-real-time information sharing and the interoperability of technology.

The FDA can now debar a person who has been convicted of a felony related to importation of illegal drugs or who has engaged in a pattern of importing certain adulterated or misbranded drugs for commercial sale. Once that person is debarred, the FDA can then ban that person from importing any drug products. This new authority should reduce the FDA's chasing of repeat offenders. Historically, the FDA would shut down one business selling tainted products to find the business owner would simply reopen under a different business name and resume selling the tainted products. This new debarment authority will give the FDA the power to shut down the bad actor along with the bad business.

In addition to strengthening the FDA’s enforcement authority against opioid products that should not be on the market, the SUPPORT Act also grants the agency the authority to create accelerated pathways for non-addictive products and to impose certain requirements on opioid products aimed at harm reduction.

The FDA is directed to hold a public hearing and then issue new guidance to address the challenges and barriers to approving potentially addictive drugs. In an official statement on Nov. 8, FDA Commissioner Scott Gottlieb explained the FDA would develop a new regulatory pathway that would judge the risks and benefits of a new product in the context of the existing opioid market instead of on an individual basis. Under this framework, new opioid approvals must be differentiated from available drugs by demonstrating they pose a more favorable risk-to-benefit ratio. Gottlieb clarified that this potential new approval criteria would only apply to opioids and not to other drug categories.

The FDA can now require drug manufacturers to package their products so the treatment duration is clear and limited based on the patient’s needs. In his Nov. 8 statement, Gottlieb indicated he intended to exercise this new authority by requiring certain opioids to be sold in unit dose packaging. Thus, in the future, we could see the FDA require opioid manufacturers to use unit dose blister packs that would encourage doctors to write prescriptions of shorter duration. This would help limit the supply of leftover prescribed opioids that get diverted to improper uses.

The FDA also now has the authority to require drug manufacturers to give patients safe options to dispose of unused opioids, such as mail-back pouches that would render the unused drugs non-retrievable. This new authority will also help cut off the supply of leftover prescribed drugs that contribute to the substance abuse problem. Gottlieb made clear in his statement that the FDA intends to use this new authority and require safe disposal packaging for certain opioid medications.

Will The Precedent Of These New Enforcement Authorities Be Extended To Other High-Risk Products?

Cynthia Schnedar is executive VP of regulatory compliance at Greenleaf Health. She was formerly director of the Office of Compliance for the FDA’s CDER. During her time at the FDA, she spearheaded efforts to protect the American public from unsafe and ineffective drug products by ensuring companies comply with federal standards for quality and safety. Among her many duties, Schnedar advised the FDA commissioner, the CDER director, and other senior FDA officials on significant enforcement issues. Schnedar spent more than two decades at the Department of Justice, where she specialized in compliance and enforcement issues and served as acting inspector general. She earned a B.A. from the University of New Mexico and a J.D. from the University of Texas School of Law. You can connect with her on LinkedIn.