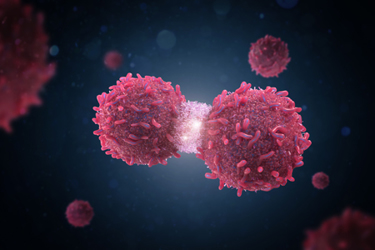 There is a wide range of reasons why a therapeutic regimen would result in treatment failure, most of which are out of the control of the clinician and patient due to drug-specific factors and even intraindividual idiosyncrasies. However, most doctors find this issue quite frustrating as they are often caused by a lack of compliance on the patient’s part without regard for the kind of disease or severity.

The oral drug delivery system was found to be most associated with non-compliance, which is why drug therapy developers are working hard to develop acceptable formats to promote compliance. Alternative dosage forms, like intravenous injections and transdermal patches, are some approaches that have been implemented to make drug administration more convenient to the patient and health practitioners.

Unfortunately, the problems with the oral route and these other conventional methods of delivering drug go beyond a simple non-compliance issue to also involve drug suitability with the chosen route of administration. Drugs are subjected to problems such as first-pass metabolism, degradation in the stomach and intestine when given orally, or potentially possessing less than ideal physicochemical properties for this route.1 Though the intravenous and transdermal routes might solve most of these issues, they also have their shortcomings. The intravenous route is considered relatively invasive, which might cause some patients to have a phobic reaction, and administration requires the services of a skilled professional, making it even less convenient than the oral route. The transdermal route might solve these problems, but only a few drug compounds possess the specific properties required to pass through the skin’s outer barrier.

Why Implantable Systems For Drug Delivery?

An implantable drug delivery system is a specialized dosage format made of a drug packed within a biocompatible material (usually a polymer or metal) and designed to release the drug at a controlled rate over an extended period of time.1 The process of inserting the device requires a skilled professional and is relatively invasive, which might be considered a disadvantage of the system; however, the other numerous benefits to be derived trump this. For one, after insertion, it does not require the frequent conscious effort of the patient to keep delivering the drug to the body, thus ensuring compliance. The implant provides prolonged drug delivery lasting for several months to a few years before it is removed, in the case of non-biodegradable implants, or absorbed/excreted by the body in the case of biodegradable implants.1 Also, a lot of existing and new drug molecules with less than ideal properties for oral drug delivery can be formulated using this system as it can help deliver drugs to the site of action. This makes it possible for a lower concentration of the drug to achieve the desired effect, thus minimizing side effects. Another benefit is that, in case of serious and potentially fatal adverse effects, therapy can be easily terminated, unlike the oral and parenteral route, where, once a drug has reached the systemic circulation, it is usually not reversible.

For these reasons, clinicians are favoring implantable drugs, especially in special situations such as where the therapy is needed for a prolonged period or the nature of the treatment makes compliance very difficult. Consequently, drug therapy developers must be prepared to take advantage of this opportunity to create implantable forms of existing and new drugs in areas where they are in most demand, such as oncology, women’s health, infectious disease, central nervous system disorders, and many others.

The special needs associated with some conditions and treatment regimens make implantable drug systems indispensable. Current therapeutic uses and potential clinical applications of these systems are reviewed below.

The implantable drug delivery system will probably find the most application when it comes to improving and maintaining women’s health. In particular, this system has been widely used for contraception because of the numerous advantages it offers.

Hormone-releasing subdermal implants are a convenient, reversible, and safe form of contraception with efficacy comparable to other long-acting and permanent methods like intrauterine devices and sterilization. Since the introduction of the first implantable contraceptive, Norplant, consisting of six rods, each containing 36 mg of levonorgestrel, a lot of advances have been made, such as reducing the number of rods and changing the type of hormonal drug used.2 This gave rise to the second generation of implantable hormonal contraceptives, Implanon and Nexplanon, a single 68-mg etonogestrel rod. This makes insertion and removal easier compared to the six-rod Norplant. Also, the inclusion of the radio-opaque agent barium sulfate in Nexplanon makes locating the rod easier for insertion and removal, eliminating the issue of “non-insertion” or “deep insertion” encountered with Implanon, making this method of family planning more appealing.3

A lot of women consult their doctors about the best contraceptive method to use, and these professionals will educate them on the different available methods to find one that will suit their particular situation. Taking the time to use oral contraceptives daily might not be optimal for some women with busy lives. In such cases, implantable deliveries are often suggested by clinicians because of their long-acting action and a low annual pregnancy rate of less than 1%.2

Although implantable hormones are more cost-effective in the long term, the high up-front cost of getting the implants is a key barrier to its uptake. This is one aspect that manufacturers can work on to make implants more affordable, because it is easily the first choice of family planning methods among many women, especially those who tend to forget to take their pills.

There have been some mentions of hormonal implants affecting endometriosis, premenstrual syndrome, dysmenorrhea, acne, and hirsutism, but the implants are yet to be approved by the FDA for use other than contraception.2 Developing biodegradable contraceptive implants is a good area to focus on, because a lot of women find the procedure to remove an exhausted implant bothersome.

Also, hormonal contraceptives only protect women against unplanned pregnancy and do not offer protection against sexually transmitted infections (STIs).

Opportunity for drug development innovation: In addition to biodegradable contraceptive implants, implants that can simultaneously deliver drug hormones and microbicides can be a promising approach for preventing STIs like HIV, genital herpes, and many others.

Cancer and its associated complications are arguably the most devastating health issue of our time, affecting millions of people worldwide. The aggressive nature of the disease requires an equally destructive form of therapy to kill the cancerous cells before they completely take over the body’s normal cells. Most of current chemotherapies are available for systemic delivery, administered at the highest tolerated dose, which is very toxic to the cancer cells as well as normal tissues. This affects multiple organs, resulting in a wide range of serious side effects such as neutropenia, neuropathy, cardiomyopathy, and perhaps even destroying the normal cells faster than cancer would.

Also, systemic delivery of chemotherapeutic agents is not efficient in delivering therapeutic concentrations of drugs to target sites or maintaining a steady concentration within tumors, further lowering efficacy. To improve treatment outcomes for cancer, a more targeted approach in chemotherapy is needed, and various localized delivery methods are currently being researched, of which implantable drug delivery devices, specifically polymers, are garnering significant attention.

Many of these polymer-based formulations have proved promising in preclinical studies, but they are yet to reach the market, as results obtained from preclinical studies do not translate satisfactorily in clinical developments.4 An example is Paclimer for localized delivery of paclitaxel, which showed great potential during preclinical testing but failed clinical trials due to bio-incompatibility of the polymer, which in this case was a polyphosphoester microsphere.4

There are several other reasons why formulations might fail in the clinical stage, including concerns relating to biodegradability, immunogenicity, stability, and purity, among others.

Since these formulations have shown great promise preclinically, drug therapy developers can further pursue them to get them to clinical development, as there is a lot of potential to be uncovered.

A few formulations have made it to clinical testing, including Oncogel (paclitaxel) for esophageal cancer, Gliadel Wafers (carmustine) for brain cancer, and Zoladex (goserelin) and Vantas (histrelin) for prostate cancer. Still, these formulations are yet to receive widespread clinical use because of concerns including lack of precise control in drug distribution, inability to reach metastatic sites, and difficulties in accurate placement during implantation.

The various eye conditions are another therapeutic area that will benefit greatly from implantable drug delivery devices. Most common conditions that impair vision, like diabetic retinopathy, diabetic macular edema, age-related macular degeneration, retinitis, glaucoma, and uveitis, typically originate in the posterior segment of the eyes. Drug delivery to the eyes, especially the posterior segment, is quite challenging due to the anatomical and physiological barriers the ocular environment presents.5 To successfully treat an ocular condition, the therapeutic dose of the drug must be successfully delivered to the site of action (posterior segment) and maintained for the duration of action, which is usually not possible with common drug delivery systems. Topical use of eye drops or eye ointment or systemic use of oral drugs is highly inefficient and will usually require a higher concentration of drugs to achieve the desired effect, increasing the possibility and severity of side effects.5

Implantable drug delivery devices can overcome most of these challenges, and they have been developed for a variety of conditions, such as Ocusert for open-angle glaucoma, Retisert for non-infectious uveitis, and Vitrasert for cytomegalovirus retinitis in AIDS patients.5

Opportunity for drug development innovation: The usefulness of this system in ocular drug delivery cannot be debated, but it is far from perfect, as this application comes with challenges, including the possibility of dose dumping, burst release, and rapid elimination of low molecular weight drugs.

Implantable delivery systems have shown a lot of potential in other clinical areas, such as pain management, infectious disease, and central nervous system disorders.1

Drug therapies in psychotic conditions like schizophrenia and infectious disease such as tuberculosis are associated with very low compliance levels because of the serious side effects of the drugs and long duration of treatment, which often leads to treatment failure and development of resistance. Developing implantable forms of these drugs would be ideal for improving compliance and ensuring the completion of therapy. Risperidone, isoniazid, and pyrazinamide are examples of drugs that have been formulated using this system.1

Management of chronic pain is another area to be considered, as the use of strong pain medication is associated with a high risk of addiction. Pain that requires constant use of medications that can be conveniently delivered at the right dose and dosing frequency can be addressed using implants. Examples of notable implants that have been developed here are LiRiS containing lidocaine for interstitial cystitis or bladder pain syndrome and Probuphine (buprenorphine) for opioid abuse.1 Hydromorphone implants have also been developed for chronic neuropathic pain.

Opportunity for drug development innovation: The potential applications of implantable drug delivery systems are unlimited, with many yet to be fully explored. Clinical conditions where the current drug therapy is not satisfactory or is highly associated with non-compliance will benefit most from these systems, as will new drug molecules that are unsuitable for oral formulation due to unfavorable properties.

Rukayat Adedeji, B.Pharm, is a pharmacist and a writer for the pharmaceutical, medical, and biotechnology industry. She writes about existing technologies and novel advancements in pharma/biotech and allied sciences. She can be reached via email at ra@rukayatadedeji.com and you can connect with her on LinkedIn. Visit Adedeji's official site for more information.