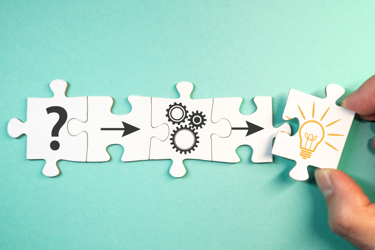 When performing small-scale studies, an appropriate small-scale model that fits the model expectations has to be selected. For upstream unit operations, the benchtop-scale (1 L to 10 L) is currently the most prominent small-scale model used, but both micro-scale bioreactors (15 to 250 mL) and pilot-scale (50 to 200L) models are also applied.

Depending on the cell culture process, typically a scale-independent “scaling parameter” is selected in order to represent the manufacturing scale in the best possible way (Table 1). The current industry standard is to change scale-dependent model input parameters to best match large-scale outputs and to realize the intended scale-independent scaling parameter that is kept constant across scales (Table 1).

For downstream, the benchtop scale of a chromatography column is typically operated by maintaining manufacturing-scale bed height and linear flow rate (cm/h) while performing a linear scale down. In cases where micro-scale (< manufacturing-scale column bed height) models are qualified, residence time is kept constant if linear velocity and bed height are demonstrated to not impact the outputs of the small-scale model (Table 1). Pilot scale can be used when appropriate.

For upstream unit operations, there may be some critical material attributes for which maintaining a consistent raw material lot across scales is recommended.

To supply downstream unit operations, buffers are usually prepared at the site performing the small-scale model qualification but can also be transferred from manufacturing scale.  It may be useful to ensure use of the same or comparable procedures and raw materials for buffer preparation at small scale.

Most of the qualification efforts are focused on the production stage bioreactor as the most critical upstream unit operation in terms of impacting product quality and process complexity.

A formal qualification of the seed trains is usually not necessary because similar equipment and protocols are used between scales or the seed train is passively qualified by qualifying the performance qualification (PQ) of the production bioreactor.

The same batch/lot of media and solutions across scales shall be used. This paired satellite study design isolates the scale-dependent differences from random variability. Residual variability may be reduced and thus the capability to detect potential differences is enhanced.

A non-satellite approach where the seed train is performed at small scale may be preferred when inoculum transfer is not feasible or SSMQ work is uncoupled from large-scale runs. Both large scale and small scale define two independent data sets and do not require any transfers of inoculum, media, or solutions between the two scales (although this is not excluded).

The execution is less complex and does not require dedicated experiments. Data can be obtained from control runs generated during process characterization studies or DOE center points, assuming limited raw material lot-to-lot variability or same lots available at both scales. Other methods of comparison, such as multivariate analysis (MVA,) may also be used to qualify the model (see section 7.0 of the full paper).

Independent of how the SSM was qualified, it may be justifiable and beneficial to enable both non-satellite and satellite application of the same small-scale model for later use. 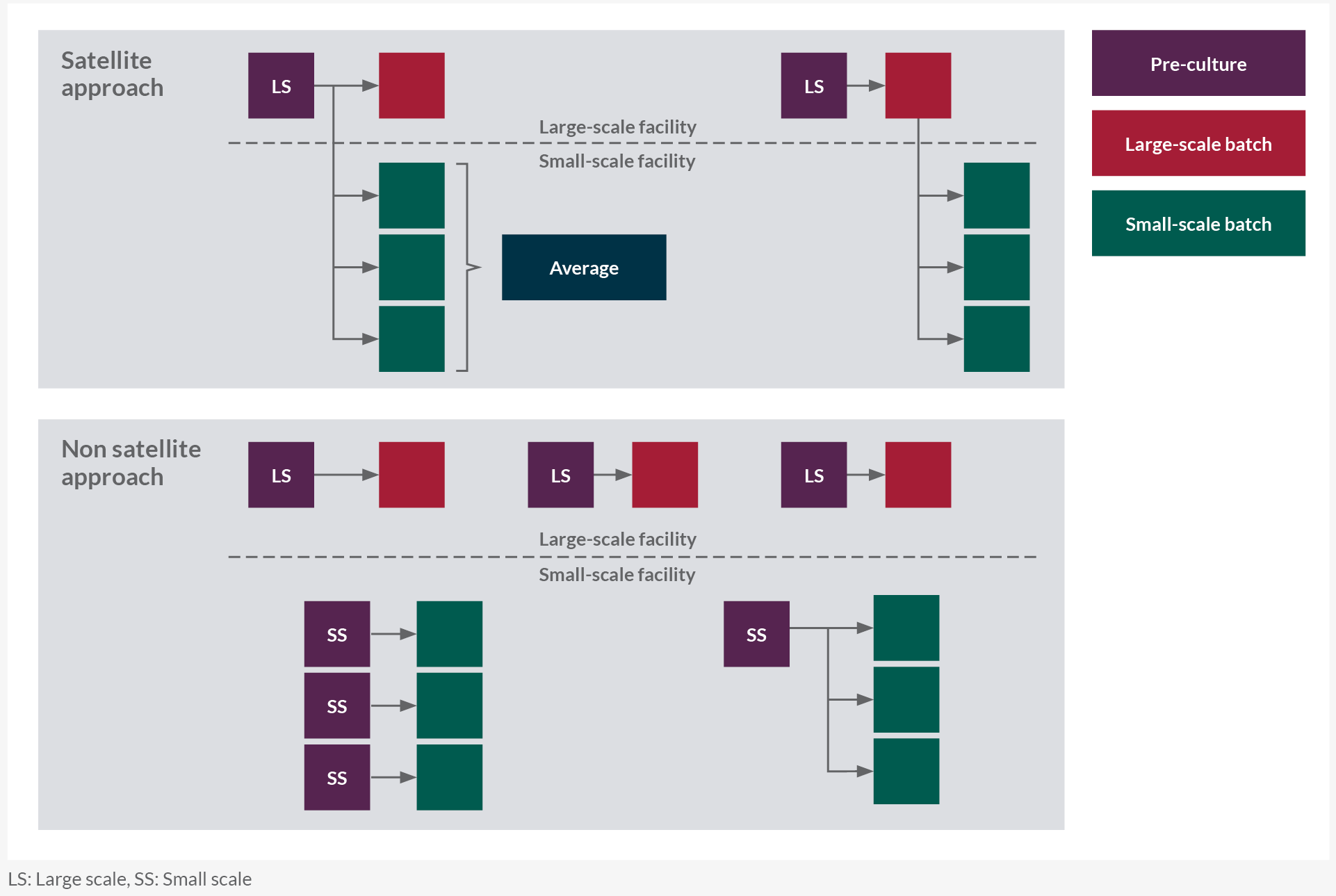 During downstream SSM qualification, the small-scale runs are typically qualified against their respective large-scale run unit operations. Usually, load material produced in the previous step of the manufacturing process is utilized. Other load materials may also be used when the comparability of the load material to manufacturing-scale material was demonstrated.

Depending on the location of development laboratories and the commercial site, load material, intermediates, and samples may need to be stored or shipped. For most companies, shipping at ≤-65°C is the preferred condition but is highly dependent on the purity of the shipped intermediate as well as product-specific stability data available.

Small-scale model qualification is usually performed for all major unit operations where columns or membrane absorbers are used.

(Depth) filtration, centrifugation, or bulk fill steps are typically tested to be fit-for-purpose at smaller scale. All virus inactivation (low pH or solvent detergent) and virus filters cannot be qualified for their main purpose of viral clearance and are validated at small scale instead. These unit operations are only partially qualified for their impact on product quality and process performance based on a cause and effect investigation or sound scientific knowledge.

An ultrafiltration/diafiltration (UF/DF)step small-scale model can be limited in mimicking the manufacturing-scale physical conditions, yet representative parts of product quality and process performance can be assessed based on SME judgement.

It may be useful to assess the entire linked upstream and downstream process at small scale for final product quality. Some companies consider qualifying all small-scale model pools for the entire linked process against the corresponding manufacturing-scale pools. Other linked unit operations may be the N-1 and the production bioreactor, which are codependent, or virus inactivation at low pH that is performed with fresh capture eluate.

The analytical setup for small-scale experiments executed alongside the manufacturing scale should be stratified. The strategy relies on a risk-based exercise where critical quality and performance attributes are linked to particular unit operations.

Batch testing artifacts could mask a true scale offset or introduce a false offset into a generated data set. Independent of the laboratory, batch testing artifacts (e.g., inter-assay sequence offsets mistaken for actual sample differences) should be avoided. A reference standard can be used to detect testing artifacts during routine batch measurements and control intermediate precision. Other measures, such as qualified assays and aligned sample preparation methods, shall be taken. It may also be of benefit to run small- and large-scale samples in one batch to better detect scale differences.

The operator training environment (e.g., trainings, gemba-walks, SOPs, best practices, protocols, automation, etc.) must ensure that small-scale unit operations can be performed independent of the operator. The majority of small-scale experiments are performed by development staff according to applicable guidelines.

Requalification Of The SSM

During the life cycle of a product, repetition of the qualification exercise may be required for various reasons (e.g., change in site, scale, or assay). Formal documentation should be considered in cases where comparability assessments and/or risk assessments are conducted to support the decision for not requalifying a model.