Should Pharma Companies Even Care About Brexit? 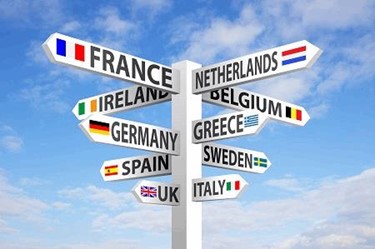 Brexit — and the looming fear of it — appeared on a number of pharmaceutical industry recap articles and columns for 2017, as well as ones looking forward into 2018, with many describing it as the most important factor affecting the industry in the next few years. As with all trends, someone will choose to swim against the tide and make the argument against conventional reasoning. So, despite newspapers filled with headlines decrying the difficulties British drug companies and the National Health Service have been having attracting talent from abroad and pharmacists complaining about Brexit-related drug shortages, naysayers have emerged to argue the industry’s concern about Brexit may be a bit of an overreaction. I am not the easiest person to win over with this argument, given the extensive amount of time I have spent analyzing and writing about Brexit, but I figured this question at least deserved my consideration. What if I had it all wrong? Was Brexit really as disruptive of an event as I — and many others — considered it to be?

In early January, there was some public confirmation that the U.K. was pushing to remain under the European Medicines Agency’s (EMA’s) regulatory authority after Brexit — although this breaches the lines Prime Minister Theresa May previously set and is against the EU’s warnings that the U.K. cannot cherry-pick the EU’s common market. It remains unclear which side will prevail — especially as different factions within May’s government have differing opinions on the issue, with some not willing to accept the costs that would come with participating in the EU regulatory process.

Without knowing what the relationship between the EMA and the U.K.’s licensing agency (the Medicines and Healthcare products Regulatory Agency [MHRA]) will look like, it is difficult to assess the impact on market authorization. However, as it stands now, the EMA is preparing for the worst and issuing guidance treating the U.K. as outside of the EU’s regulatory framework. This could mean U.K.-based companies may have to transfer market authorization to legal entities in the EU or apply for new authorization — a significant burden on the EMA and these companies.

The often-missed side of the potential schism between MHRA and EMA activities is the amount of work the MHRA has taken on since the EMA has been headquartered in London. Aided by that proximity, the MHRA has historically taken on a disproportionate amount of work on the assessment of medicines being approved under the centralized approval system. This has led to a recent shift within the EMA, requiring the work be shared more equally among the member states’ agencies. Furthermore, any authorizations that were handled by the MHRA under the decentralized mutual recognition procedure would have to be transferred to other member states’ agencies. The same would have to happen for licenses under the procedure by EU member states, requiring them to be duplicated in the U.K. This will place a not-insignificant burden on these agencies, and the EMA, in a time of already-great burden for marketing authorization in Europe.

Relocation of the EMA

Back in December 2017 — eons ago on the Brexit timescale — I wrote about the EMA’s headquarters impending move to Amsterdam and how the selection of the city to replace London was the best-case scenario. Based on the EMA’s own analysis, it was clear the move to Amsterdam would cause the least disruption for the workings of the agency. However, what must not get lost in the relief is that even the best-case scenario will result in considerable delays and take the agency three years to fully recover from. Approximately 200 of the EMA’s current staff of 900 have said they would not transfer to Amsterdam, which will certainly be disruptive for agency function, and some of that expertise could be difficult to replace.

Regulatory matters are not the only manner in which the pain of Brexit could be felt by patients — and manufacturers. According to the Association of the British Pharmaceutical Industry, the U.K. imports 37 million medicine packs from the EU each month, and it exports 45 million packs to the EU each month. More than 2,600 medicines are manufactured in the U.K., many of which are exported into continental Europe. When it comes to the European pharmaceutical supply chain, the U.K. plays a critical role from start to finished product. Companies have already started to reorganize their supply chains, and changes are likely coming in terms of post-regulatory pharmacovigilance. In a European Federation of Pharmaceutical Industries and Associations (EFPIA) member survey, 45 percent of members expected trade delays if the U.K. and Europe fell back to World Trade Organization (WTO) rules after Brexit — a “no-deal,” hard-Brexit scenario. Until Brexit, the EU supply chains have been heavily reliant on the high numbers of good manufacturing practice (GMP) sites, batch certification sites, and centers for conducting pharmaco-epidemiological studies in the U.K. A post-Brexit EU will have to ease that reliance, and remaining EU countries will have to pick up that mantle. In the U.K., many pharmacists have already reported shortages of certain medicines, and these shortages are expected to increase over the course of 2018 and into 2019.

Given all of the disruptions in market authorization, supply chains, research, and recruitment, what is the best argument that can be made about Brexit not mattering? The validity of the argument likely launches on a few hopes. One, the hope for a soft Brexit, where there will be a deal in place after the divorce date that will allow the U.K. access to the common market in some form or another. The other hope, if there is no soft Brexit, is a transition period into hard Brexit. Theoretically, after the divorce date, the U.K. will be classified as a “third country” — the term used in EU guidance to describe countries that are not members of the EU or the European Economic Area (EEA) — meaning it will occupy the same position as other countries outside the EU and EEA. While this would certainly be disruptive for companies, industry organizations within and outside of the pharmaceutical space have been pushing for a transitional period of at least two years. And signs do point to a transition period being a key part of negotiations — which would go a long way in softening the blow for manufacturers and patients alike. In a January 2018 statement, the MHRA confirmed that in the event of a hard Brexit, it will seek to negotiate an “implementation period” that would allow for a smooth transition, as well as a close working relationship after the implementation period is complete.

It is difficult to assess the ultimate impact of Brexit on the pharmaceutical industry when so much remains unknown. However, many, myself included, would argue it is exactly this uncertainty that makes Brexit so disruptive. We don’t need to know the deal’s final form to know it is hampering company planning now with its lack of certainty.

The final deal will ideally be reached by October 2018, so there will be sufficient time for the European Parliament and member states to approve it. A deal including a free trade agreement would likely result in considerably less disruption. Theoretically, the MHRA could actually continue its involvement in the EMA medicine approval process, along with the other public health activities it engages in. Such a deal would certainly validate those opining that Brexit is not as big of a deal as it should be. However, without a magical device that sees into the future, banking on such a future is still a risk for companies.

In January 2018, the MHRA updated its Brexit preparations and set out a worst-case scenario plan for Brexit in an effort to ease the concerns of pharmaceutical companies worrying about what a regulatory break and no transition period could mean for them. While reaffirming the desire for a transition period, the MHRA assured the industry it would be “pragmatic” when setting the new U.K. market authorization requirements, in this case by not enacting any sudden changes to the U.K. regulatory framework. Furthermore, “goods placed on the market under Union law before the withdrawal date may freely circulate on the markets of the [U.K.] and the [EU] with no need for product modifications or re-labelling,” meaning there is no change for pre-Brexit products. The MHRA statement also stressed there will be adequate notice to ensure companies have sufficient time to implement any changed requirements. Unsurprisingly, the news was welcomed by industry. However, without more details, it remains difficult for manufacturers to plan ahead with any certainty, although the MHRA has said it will provide technical details in the future, if appropriate.

In the end, while I remain unmoved by the “Brexit-is-not-a-big-deal” argument, I think companies can hedge their bets by preparing for the worst-case scenario, while hoping for the best.

Yulia Privolnev is a principal analyst on the Global Market Access Insights team at Decision Resources Group (DRG). She is responsible for monitoring, analyzing, and reporting on global market access through the production of DRG’s Global Market Access Solution (GMAS) and Access & Reimbursement (A&R) products. Privolnev's specific focus is on all aspects of market access in Western and Eastern Europe, as well as international reference pricing (IRP) and managed entry agreements (MEAs) on a global scale.