The FDA/EU Mutual Recognition Agreement — What You Need To Know 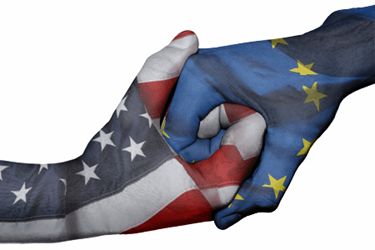 It has long been a goal of regulators in the United States and Europe to reach a mutual recognition agreement under which the U.S. FDA and its regulatory counterparts in the European Union could recognize and rely on each other’s GMP inspections of pharmaceutical facilities. Through such an agreement, regulators could avoid duplicative inspections, thus freeing essential resources to focus on other facilities in greater need of oversight. Efforts to achieve this type of agreement date back to 1998, when the U.S. and the EU signed the Agreement on Mutual Recognition (MRA). The 1998 version of the MRA included a Pharmaceutical Annex providing for recognition of each other’s GMP inspections. However, the agreement was never fully implemented and the dream of mutual recognition languished for several years.

The passage of the Food and Drug Safety and Innovation Act (FDASIA) in 2012 reignited the dream of mutual recognition because the statutory language explicitly authorizes the FDA to accept the findings of a foreign inspector when its drug inspectorate is “capable” of conducting inspections that are equivalent to U.S. standards. Following FDASIA, negotiations between the FDA and the EU began again in earnest. Those efforts led to the historic 2017 amended Sectoral Annex to the 1998 U.S.-EU MRA.

What’s In The Agreement?

The revised version of the MRA, once fully implemented, will allow the FDA and the EU inspectorates to use inspection reports and other related information obtained during GMP inspections, whether conducted by an EU inspectorate or by the FDA, to help determine whether statutory and regulatory requirements of the respective authorities have been met. The FDA or EU, if they find it necessary, can request additional information or further inspections to determine the status of a facility. In addition, the FDA and the EU will be required to mutually alert each other to public health threats such as quality defects, recalls, and serious shortages.

While the revised MRA covers both surveillance and pre-approval inspections, it is expected, at least in the initial years, to be used primarily for surveillance inspections. The FDA has stated that because of the special requirements that go along with pre-approval deadlines (such as unique application deadlines and a specialized focus on the product), it will not always be possible for the FDA to rely upon an inspectorate within the EU to conduct that inspection.

The FDA and the EU will individually rely upon the facts obtained from a surveillance inspection to determine what follow-up action is necessary. For example, if a regulator within the EU takes an action such as imposing an import alert against a facility after conducting an inspection, the FDA can choose whether it wants to take a similar action in reliance on the inspection of the EU regulator and without the FDA conducting its own follow-up inspection. However, it is anticipated that the FDA will find it necessary to conduct its own for-cause inspection when it is contemplating a significant enforcement action that requires judicial involvement, such as pursuing a consent decree of permanent injunction, because those actions require a great investment of resources from the agency.

What Needs To Happen Before The Agreement Takes Effect?

While the framework of the agreement is firmly in place, there are some important milestones that must be met before it is fully implemented. In particular, before relying on inspection results, the agreement calls for the FDA and EU to conduct capability assessments of each other’s inspectorates and determine that the regulatory systems are equivalent prior to recognizing inspection results. “Capable” does not mean that the inspectorates in the EU and in the U.S. have procedures that are identical. Rather, the EU and the FDA are determining that the country:

In June 2017, the European Commission announced that it had found the U.S. inspectorate to be capable.  It is naturally taking the FDA longer to complete its version of this task because the FDA must assess the capability of the inspectorates of each of the 28 members of the EU.  However, the FDA did reach its first significant milestone in this regard in November 2017 when it recognized as capable the inspectorates from the following eight countries: Austria, Croatia, France, Italy, Malta, Spain, Sweden, and the United Kingdom. The MRA calls for the FDA to complete its assessments of all 28 inspectorates by July 2019.

Brexit has the potential to complicate matters. The U.K. is due to leave the EU on March 30, 2019. While the benefits of the MRA will continue until that point, it is unclear how facilities with the U.K. as their EU reference member state will be treated once the departure from the EU is official, since the U.K. will then be outside the scope of the agreement. The FDA has indicated that it will work with the U.K.’s Medicines and Healthcare products Regulatory Agency (MHRA) to review all existing commitments between the two countries to determine if and where renegotiations are necessary based on Brexit. The MRA will likely be an important part of that process.

What Impact Will the Agreement Have?

In many public statements discussing the need for the revisions to the MRA, the FDA has contended that the revisions are necessary in order to free up scarce resources to conduct inspections in areas such as India and China, where drug manufacturing has greatly increased over recent years and where more oversight is warranted. In an FDA press release announcing the completed capability assessments of the eight EU countries, FDA Commissioner Scott Gottlieb, MD, noted that “By partnering with these countries we can create greater efficiencies and better fulfill our public health goals, relying on the expertise of our colleagues and refocusing our resources on inspections in higher risk countries.”[1]

In demonstrating this point, the FDA has pointed to the rates at which inspections of facilities located in the EU verses India or China have resulted in a classification of Official Action Indicated (OAI).  The FDA uses this as a measure of risk because an OAI classification means that the inspection has found objectionable conditions, and regulatory or administrative sanctions by the FDA are indicated. In reviewing the data, the FDA has noted that not only has the number of facilities in India and China increased dramatically since 2011, but it is also finding that the facilities in India and China “have almost three to four times the number of inspections classified as OAI as compared to the EU and the United States.”[2]

Thus, the impact of the MRA on a particular company may depend in part on where its facilities are located. Manufacturing facilities in the U.S. and the 28 member countries of the EU will likely be subject to fewer duplicative inspections, thereby saving the cost of preparing for inspections from both the FDA and an EU inspectorate. The agreement might also allow for more expedited inspectional results and more rapid introduction of approved products into multiple jurisdictions.

It will take time for the FDA and the EU to shift their resources away from each other’s facilities and toward facilities outside the U.S. and Europe. But over the next three to five years, manufacturers should expect to see both the FDA and the EU significantly increase the number of inspections conducted in India, China, and other parts of the world. Thus, companies with facilities in India and China should be preparing now for that increased scrutiny.

Cynthia Schnedar is executive VP of regulatory compliance at Greenleaf Health. She was formerly director of the Office of Compliance for FDA’s Center for Drug Evaluation and Research (CDER). During her time at FDA, she spearheaded efforts to protect the American public from unsafe and ineffective drug products by ensuring that companies comply with federal standards for quality and safety. Among her many duties, Cynthia advised the FDA commissioner, the CDER director, and other senior FDA officials on significant enforcement issues. Cynthia spent more than two decades at the Department of Justice (DoJ), where she specialized in compliance and enforcement issues and served as acting inspector general. She earned a B.A. from the University of New Mexico and a J.D. from the University of Texas School of Law. You can connect with her on LinkedIn.