UCB: Winning In The Pharma Industry By Focusing On The U.S. 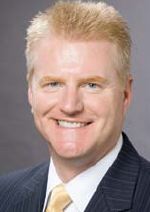 In 2000, I sat in a hotel ballroom at a national meeting for my new employer, Organon — a little-known European pharmaceutical company based in the Netherlands. The company’s U.S. president, Hans Vemer, M.D., Ph.D., compared success in the pharmaceutical industry to playing tennis; in order to be successful, you need to play where the ball is. According to Vemer, the United States was “where the ball was” back then. Even now, 13 years later, a successful pharmaceutical company still needs to be successful in the states.

The U.S. remains the largest single-country pharmaceutical market in the world, worth an estimated $300 billion. The European Union, consisting of 27 countries, is second, and China, at an estimated $50 billion, only recently surpassed Japan for third place. And while much has been written about the future of pharma being driven by efficacious drug development in emerging and frontier markets, the fact remains that in order to have the opportunity to capitalize on those future possibilities, present-day success in the developed world, in particular the United States, remains a necessity. Nowhere is this more evident than when you take a close look at the recent success of the 36th largest pharmaceutical company in the world, Belgium-based UCB. Roch Doliveux, UCB’s CEO, will tell you, “As a CEO, you have to decide on which patient group you can make the most impact.” For UCB, having an impact on treating diseases in the U.S. is having a positive impact on the company’s bottom line.

The U.S. Still Holds The Keys To The Pharma Kingdom
Aside from its approximately 314 million residents, there are many reasons why the U.S. continues to be an ideal place for companies like UCB that want to study, develop, and launch drugs. For starters, the U.S. per capita healthcare spending is about twice that of peer countries like Japan and the U.K. Spending on annual physician visits in the U.S. is about five times that of its peers, driven primarily by the American willingness to seek specialist care, which is reimbursed by Medicare and Medicaid at higher rates. In addition, the U.S. has a higher per capita income than any other large country, which is closely associated with higher healthcare spending. Additionally, one of the largest and wealthiest generations, babyboomers (people born between 1946 and 1964), is entering peak healthcarespending age. The U.S. also remains one of only two countries, the other being New Zealand, which allow directto-consumer pharmaceutical advertising to the tune to about $5 billion annually. Lastly, whether the rest of the world likes it or not, the FDA remains the first court of approval when it comes to drugs. For example, in 2012, the FDA approved 35 novel  medicines, 68% of which were first approved in the U.S., and 77% of which were approved during the first review cycle. If a drug is approved by the FDA, it is likely to gain approval in other countries. The reverse is not always the case, as evidenced by Organon’s failing to gain FDA approval of Tibilone, an osteoporosis drug, even though it is currently available in more than 90 countries. Obviously, it pays to invest in discovering drugs for the U.S. market. For UCB, it is not just any drug, however. For Doliveux, this means, “focusing on severe diseases where you have better knowledge and expertise than your competitors, and discovering new molecules, rather than working on something with the same mechanism of action already being worked on by five other companies.”

Invest In Severe-Disease R&D
Most major pharmaceutical companies invest in R&D anywhere between 12% and 16% of total revenue. For UCB, the amount is typically in excess of 20%. In 2011, the company invested 24% of its revenue into R&D, up from 21.7% in 2007. During the same period, UCB experienced a revenue decline equivalent to just over a half billion dollars. When I asked Doliveux how he was able to convince company stakeholders of the importance of increasing R&D spending as a percent of revenue, he replied, “There is one thing that is 100% certain in our business — patents expire. And that leads to revenue erosion from generics.” For example, when UCB’s blockbuster drug, Keppra, an anticonvulsant medication used to treat epilepsy, went off patent in the U.S. in Nov. 2008, the impact was immediate and significant. By the end of 2009, Keppra’s global sales declined by a little over $465 million.

According to Doliveux, the key to getting out of a decline is having new medicines which can bring you growth. In the past, this may have meant developing a differentiated molecule that would be fourth or fifth in the class. Case in point, when I worked for Organon, we had an anti-depressant, Remeron, which competed against seven branded anti-depressants, five of which had the same mechanism of action – selective serotonin re-uptake inhibitor (SSRI). One of UCB’s previous blockbusters, Zyrtec, a non-sedating antihistamine, competed with similar blockbuster drugs, Claritin and Allegra. UCB made the conscientious decision to move away from the “me too” model. “In 2004,” he clarifies, “we decided as a company that we wanted to focus on severe diseases of the brain and the immunology system, focusing on first, second, or in any case, best-in-class compounds, so as to be truly innovative.” However, when it comes to focusing on severe diseases, which typically impact fewer patients, it is going to take more than just one FDA drug approval to make up for the shortfall of losing U.S. patent protection of a blockbuster. For UCB, it took three (Cimzia, Vimpat, and Neupro) for the company to experience “crossover” in 2012 — the point at which sales revenue of these three core products surpassed the declining sales revenue of Keppra. Focusing on severe diseases and the U.S. market has resulted in the following equation for UCB: 3 + 5 = $545,000,000. Three drugs, with five FDA-approved indications, equal $545 million net sales in just nine months in North America.

Focus On Partnering For The Long Term
When asked to describe UCB’s business strategy, Doliveux lists the following three words — focus, partnering, and long term. “The term focus is quite important to the way we think about UCB,” he states. “Compared to Big Biotech and Big Pharma, we are a midsized company, so in order to compete more effectively, we have decided to focus on specific markets.” Namely, this means developed nations, as well as BRIC countries, Central America, Korea, and Turkey.

With regard to partnering, he views this as a great way to enter a market. “If you want to gain time and expand, rather than try to reinvent the wheel, partnering helps you to learn all the ins and outs, including the culture, of a region,” he affirms. “Partnering also helps you to quickly acquire the skills you need to compete.” UCB’s strategic partnering has helped the company to cover nearly 80% of emerging markets and gain entry into developed markets. Doliveux says, “Partnering is a core strategy of UCB. We think about partnering everywhere from discovery research to manufacturing, to sales marketing, and even finance.” For this plan to be successful, you need to think long term, though. For example, Doliveux notes that the company initially partnered with Pfizer back in the 1960s, which proved instrumental to the successful launch of Zyrtec in the 1990s.

UCB has taken the lessons learned in launching drugs in the U.S. to other markets as well. For example, the company first established UCB Japan in 1988. In 2000, the company acquired Fujirebio. Even with this history, when it came time to launch Zyrtec Dry Syrup in Japan, UCB partnered with Daiichi Sankyo and GSK in order to capitalize on their strengths. Under Doliveux’s watch, the company took a similar approach in 2010, deciding to partner with Otsuka, best known for the +$4 billion schizophrenia drug, Abilify, to bring E Keppra to the Japanese market. “We picked Otsuka as a partner because it is the #1 CNS company in Japan, and we didn’t have the knowledge and expertise to really maximize the impact of Keppra there,” he notes.

Doliveux advises that when deciding to launch a drug in an unfamiliar market, seek partners that have stood the test of time, are number one or two in the market for the indication you are seeking approval, and most importantly, have had consistent success. “In my experience, many companies are very consistent over time,” he states. “Find the best partner that will have the biggest impact with the most expertise in the local market.” He also advises seeking stable companies which share similar values and ambitions, so as to be aligned on  the fundamentals of a project. “When you enter this type of partnership, they are likely very long term,” he affirms.

U.S. Focus Pays Dividends For UCB
In Belgium there is a saying — experience is the father of wisdom, meaning, the more that happens to you, the more you will learn. UCB has experienced past success from having drugs approved in the United States. Doliveux demonstrates wisdom in continuing to focus UCB on the U.S., as evidenced by the company’s successful R&D, FDA approval, and subsequent launch of three drugs in the U.S. — Cimzia, Vimpat, and  Neupro. Cimzia received FDA approval for Crohn’s’s Disease (CD) on April 22, 2008 and Rheumatoid Arthritis (RA) on May 13, 2009. CD falls into the category of irritable bowel syndrome, one of the five most prevalent gastrointestinal disease burdens in the United States, with an overall healthcare cost of more than $1.7 billion. There is no medical cure, and it commonly requires a lifetime of care. About 22% of the U.S. population suffers from arthritis, with two million falling into the category of RA. Consider the fact that Cimzia is presently available in 31 countries. That being said, through nine months of 2012, Cimzia sales were +51%, with 69% of its sales attributable to North America, the bulk of which is obviously the United States.

Vimpat, an anti-epileptic drug, received approval October 29, 2008. And though it is available in 33 countries, UCB’s sales figures reveal how much the U.S. patient is benefitting from this drug, to the benefit of UCB, which in my opinion, is quite okay. Because, though it is important to develop drugs to meet an unmet medical need, companies are not doing so as a charity. For the first three quarters of 2012, Vimpat sales were +54%, with 75% of the drug’s sales coming from North America. The company is anticipating big things from these two drugs over the next several years, with peak global sales forecast in excess of $1.5 billion each.

Lastly, Neupro, indicated for Parkinson’s disease and Restless Leg Syndrome (RLS), received FDA approval on April 3, 2012 and has been available in the U.S. market since July 16, 2012. However, sales for the drug in the U.S. are already more than double those in the rest of the world, excluding sales in the EU. UCB estimates peak global sales of $527 million during the next few years, but I believe that number will be much higher. Here’s why. For starters, Parkinson’s typically impacts people over the age of 50. Remember, most of the baby boomers are already past that age. Next, consider that approximately 50,000 Americans are newly diagnosed with the disease each year, with more than half a million affected by Parkinson’s at any given time. In addition, in the United States the disease is highly visible, thanks in large part to Michael J. Fox and his foundation.

UCB seems to have mastered the art of survival. Established in the 1920s, the company has survived, among other things, two blockbuster patent cliffs. Its approach seems fairly simple — think long-term, strategically partner, and focus on markets such as the United States where you will not only have an impact on people living with disease but also have a positive impact on your company’s bottom line.