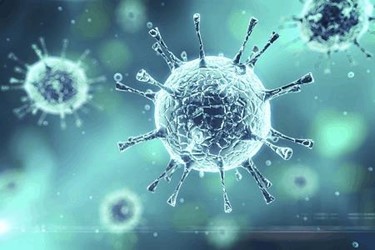 Lentiviral vectors (LVs) are used in cell and gene therapy to deliver therapeutic genetic material to target cells and tissues. Traditionally, LVs have been manufactured in adherent cell cultures using transient transfection to deliver viral packaging genes that are encoded on three or four plasmids. Process scalability, lot-to-lot consistency, and the cost and supply of high-quality plasmid are some of the constraints that have made manufacturing of LVs challenging.

Adapting stable LV producer cells to suspension culturing in serum-free medium may resolve some of the issues related to scalability, consistency, and the supply chain for large-scale LV production. HEK293SF-LVP-CMVGFPq-92 (clone 92) cells, developed by the National Research Council of Canada (NRC), are a model stable producer cell line encoding a third generation LV-GFP, conditionally self-inactivated. The NRC’s clone 92 cells are induced for LV production by addition of small molecules (cumate and doxycycline), which activate transcription of the viral rev and vsv-g (glycoprotein envelope) genes. The cells are stable in culture without selection and can maintain LV production over many passages.

The process of using stable, inducible producer cells for LV production consists of a preinduction cell expansion phase, induction of LV production by addition of chemical inducers, and harvesting of vector from the culture at an appropriate point (or points) during the production window. However, several culturing strategies (e.g., batch, fed-batch, and perfusion feeding) can be used to culture the model clone 92 cells and produce LV-GFP (as described in Manceur et al. 2017; 1). The same culturing strategies could be applied for other producer cells that may package more clinically relevant transgenes.

The choice of a suitable approach will depend on specific process constraints (e.g., cost, scale, available resources, etc.) and needs (e.g., yield), which must be determined ahead of process development activities and are used to design and define a process that is fit for its purpose. Here, we demonstrate a high-yield LV production process, using animal-derived component-free (ADCF) media and reagents, where multiple or continuous vector harvests could be obtained from a single batch.