What Is Continuous Manufacturing, Anyway? Agreeing On A (Proper) Definition 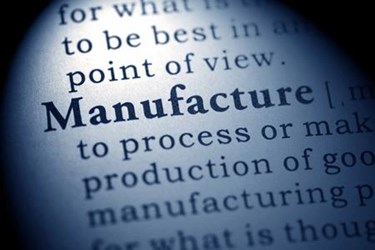 In the past 10 years, continuous manufacturing (CM) has gone from theoretical discussion to manufacturing reality. However, the pharmaceutical industry has not yet explicitly defined the term “continuous manufacturing,” nor has it ensured that the term’s usage is aligned with other industries. If this problem is not corrected soon, it will lead to significant confusion. This is evidenced by recent articles that call into question whether the newly approved process for the production of Prezista by Janssen can be considered continuous.1,2 In this article, we will focus on one potential root source of the debate and attempt to identify the key tenets to properly define continuous manufacturing in the pharma industry.

The food industry would be another example of continuous production. Food products are somewhat higher-value and lower-volume than oil and gas, but the profitability of business is driven primarily by volume. The use of the word “continuous” in “continuous production” is close to the colloquial usage, meaning “without stopping.” The key concept here is that continuous production is used to describe how you manage your production from a business point-of-view and has little to do with the type of process running within it.

The classic chemical engineering approach breaks the manufacturing of a product down into a series of fundamental steps from start to finish. Each step transforms the raw materials into a higher-value state, such as an intermediate or finished product. Each of these steps is referred to as a unit operation. Unit operations are defined by how those materials enter or leave its boundaries. A batch unit operation is a process in which all materials are sequentially loaded into the unit operation, then transformed, and finally unloaded. This is in contrast to a continuous unit operation, in which raw materials are constantly being loaded, processed, and unloaded without interruption. The third and final type of process is a semi-batch unit operation, which is a catch-all term defined as processes that are neither continuous nor batch.

Examples of all three types of processes exist within the pharmaceutical industry. V-blending and tote blending are both batch unit operations. The ingredients to be blended are loaded, the blender is rotated until the desired degree of mixing is achieved, and the blended powder is then unloaded. Roller compaction, on the other hand, is a continuous process, as material is simultaneously entering, processing, and exiting the system. An example of a semi-batch unit operation would be Wurster-type coating. In a Wurster process, all of the cores are loaded, and then the active pharmaceutical ingredient (API) containing solution is continuously sprayed onto the bed until the desired weight gain is achieved. At that point, the entire contents of the batch are discharged to move on to the next unit operation.

Since its inception in the pharmaceutical community, the term “continuous manufacturing” has been used as a synonym for both “continuous production” and “continuous processes.” This has led to confusion, as these terms are not mutually exclusive. Currently, many pharmaceutical plants operate a continuous production schedule (24/7, 50 weeks a year), with a combination of batch, continuous, and semi-continuous unit operations. Likewise, the recently approved process for the production of Prezista includes loss-in-weight feeding, blending, and compression coupled with small “fast batch coating” — which also makes it a combination of batch, semi-batch, and continuous unit operations.

Similarly, the Vertex product approved by FDA for continuous manufacturing combines loss-in-weight feeding, wet granulation, and compression unit operations with semi-batch drying and batch coating unit operations. Moreover, neither of these lines has the demand to operate 24/7 for 50 weeks a year, but instead operate on a more infrequent basis based on product demand.

Batch or Continuous … or Both?

Rather than describing the process type or the production schedule, continuous manufacturing has been used to distinguish a new paradigm of manufacturing techniques from the traditional archetype of discrete unit operations, which has been used throughout most of the pharmaceutical industry’s history. Thus, this terminology fills a real need for the industry in facilitating a discussion between these two approaches to manufacturing. However, a more concrete definition is still required.

In continuous manufacturing, the material is allowed to flow from one unit operation to the next, not pausing to complete any one step. For example, the granulation produced from a roller compactor is passed directly from the compactor’s outlet to a blender, and from there to a tablet press. After a given amount of tablets are produced, the tablets are transferred to a small batch coater. Even as the batch coating progresses, the granulation, blending, and tableting are still underway, producing tablets that will eventually be transferred to the coater. This type of production is clearly different from the current discrete methodology, but it also employs both continuous and batch unit operations.

The Core Elements of Continuous Manufacturing

To untangle the overlapping usages of “continuous” and “batch” from this discussion will require clear definitions and distinctions. It helps to keep the different attributes of manufacturing in mind during discussions; unit operations make up processes, which are run according to manufacturing paradigms and are scheduled either as a continuous production or non-continuous production.

With a CM approach, each material is fed into the process at a rate appropriate to establish the proper concentration in the final product. For each raw material, only one lot of material is fed into the process at a time. Naturally, at some point, a new lot of material will be added to the process when the first lot runs out. When this change takes place, there will be a somewhat gradual transition from one lot of that raw material to the next, based on the characteristic time of that particular process. This leads to the expectation that incoming material attributes can potentially vary with respect to time. This type of variation is seen in the batch paradigm as a component of batch-to-batch variability (inter-batch variability). In continuous manufacturing, the expectation is that desired quality will be met for the duration of the run by, if necessary, adjusting the process to make quality product.

The first attribute listed above is a consequence of the flow of material from one unit operation to the next without discrete steps. In the current batch methodology, the quality of a given amount of material is determined by one of the unit operations and must be assured before release — and even after release if the material is tracked based on its batch of origin. This batch is not sub-divisible; it is considered to be wholly within specification or out of specification. It is not possible to describe part of the batch as within specification while another part is outside of the specification limits.

Likewise, the tracking of material is no longer tied to a single production step. Rather, a defined product amount or production time can be used to determine a lot of final product, which can then be released and tracked. The quality of each lot is then treated independently. Of course, the quality of several lots can be called into question if they share some attribute in common — the same lot of excipient, for example — but this is also true of lots manufactured using the batch paradigm.

The second fundamental attribute of continuous manufacturing is the ability to implement a cross-unit operation control strategy to maintain quality. Using the batch approach, most unit operations do not explicitly incorporate information from other processing steps into their own control, although rarely some examples of feed forward can be found. With a CM approach, the ability to implement closed-loop control is improved. If a material change transitions through the manufacturing line, process data from process equipment and sensors will likely detect it.

For example, a significant change in density of a particular product could lead to a change in the average screw speed necessary to feed the component. Alternatively, it might lead to a different compression force necessary to establish the target tablet properties. This type of data will be available on the scale of seconds, which will make observing relationships between process parameters and product parameters possible in a much higher detail than with batch manufacturing.

It is important to note that not all products/processes will need such supervisory control loops. Many of today’s batch products are very robust without them. However, in the event that a relationship between material attributes, process parameters, and quality attributes can be established, the CM approach will enable the production of tightly controlled product quality with some degree of variability from raw material sources. This is a tool that is not available in a batch paradigm.

There are other attributes that most continuous manufacturing lines share, such as being composed of mostly continuous processes, utilizing metering feeders to establish formulation, and having material holdups that are associated with fractions of an hour of production. However, for each of these attributes, there are fairly straightforward exceptions that limit them from being guiding principles.

However continuous manufacturing is eventually defined, it is important to remember that the end goal is the development of a better process — one in which knowledge gained with any particular product can be converted into an ever-improving process.

Eric Jayjock performed his graduate studies at Rutgers University, where he was a part of the NSF Center for Structured Organic Particulate Systems (C-SOPS). During his time at Rutgers, one of his main areas of research was the development of scalable manufacturing processes for oral solids dosages. As a culmination of this work, he designed and coordinated the construction of the C-SOPS continuous direct compression line in collaboration with Janssen, a Johnson & Johnson company. Upon the completion of this work, Eric joined the Janssen team and worked on bringing the continuous manufacturing approach to the industry. More recently, Eric has joined Patheon as the director for continuous manufacturing, where he is focused on developing highly flexible, highly capable continuous manufacturing framework to serve the diverse needs of the pharmaceutical industry.

Keirnan LaMarche is a senior research investigator for the Drug Product Science and Technology department of Bristol-Myers Squibb.  He has worked on innovative approaches to formulation and process development for solid dosage forms at BMS since 2008. While at BMS, he has focused on developing material sparing approaches to understand the mechanisms of tablet compaction.  Keirnan received his Ph.D. in chemical engineering from Rutgers University in 2008. While at Rutgers, he studied the impact of electrostatics on the flow of granular materials. Keirnan also received his master’s degree in chemical engineering from Rutgers (2005) and his bachelor’s in chemical engineering from the Cooper Union for the Advancement of Science and Art (2002).