What Is The Reason For Uneven Gender Roles In Pharma Leadership? 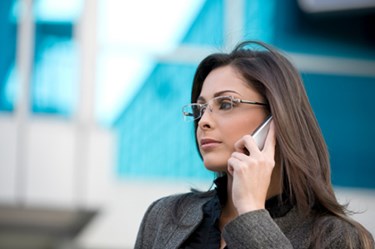 About a month ago, Sanofi put an end to its several-month-long search for a new CEO by selecting Bayer’s Olivier Brandicourt. The day the company announced this move, I published a blog questioning why it’s so often expected that CEO positions in pharma (and really in any industry) will most likely be held by men. This question arose after finding a survey that revealed a majority of respondents believed the position would be taken by a male.

However, writing that blog also dredged up some follow-up questions. What are some of the reasons there are more men in leadership in pharma? Can the prominence of men in the industry really be chalked solely up to gender discrimination? Or is the lack of women in pharma leadership simply because there are fewer qualified women in the life science’s workforce?

Are Women Getting The “Wrong” Degrees?

There is an unspoken but fairly common assumption that math and science are more masculine trades, while the arts and humanities are more feminine. However, despite these rather broad notions, according to The National Survey of College Graduates from 2012 and 2013 (released in January 2015), women have begun outpacing men when it comes to degrees in the sciences, and their presence in the life sciences industry is also (gradually) increasing.

This smaller percentage of women earning doctorate degrees in the life sciences might explain why only 30 percent of the world’s researchers are women. (There are some exceptions to this— in Bolivia, for example, a staggering 63 percent of researchers are women.) The smaller percentage of women venturing into the advanced degrees could also certainly suggest that fewer women move farther into the life sciences industry after graduation.

When thinking about the role of CEO for a pharma company, however, I will safely assume that experience and interest in business is a necessity — and, as in the case of life sciences PhDs, men also outrank women in terms of education in business. Digging back into the NSF’s National Survey of College Graduates data — this time from 2010 — I found that more men received bachelor’s and master’s degrees in Economics compared to women. For instance, there were 33,000 men receiving bachelor’s degrees and 3,000 receiving master’s degrees compared to 16,000 women (bachelor’s) and 2,000 women (master’s).

It’s All About Who You Know

It’s become cliché to brush off a new job or accomplishment by saying “It’s all about who you know.” But in pharma, there have been several instances where personal connection certainly helped make a deal happen.

For example, a personal connection played a key role in the recent deal between Merck and NGM Biopharmaceuticals. Not only was there familiarity between key players (men) in both companies, but there was a spontaneous flight across country and a last minute dinner that brought Merck back into the game.

Similarly, a recent Forbes article profiling the CEO of Actavis describes how the idea for the Forest Labs acquisition originated over a steak dinner between two male CEO companions at the J.P. Morgan Healthcare Conference.

Recent stats from a Liftstream survey identified that unstructured hiring processes and a heavy reliance on personal networking among men is a big factor in why the biotech sector has so few female execs and board directors. In the U.S., women account for only 9.7 percent of board positions at biotech SMEs and 19 percent of large-cap biotech boards. In the big biotechs, women only account for roughly 14 percent of executive positions.

This isn’t to say that networking cannot and does not happen between men and women. However, in a Reuters article on how to keep women in the STEM (science, technology, engineering, and math) fields, the topic of female mentorship came up as being an important element to female success and leadership. There is certainly something to be said for having mentors of both genders, as each could provide very different best practices and advice on how to meet the challenges that arise while becoming a leader.

I am not overlooking the fact that there are some women in CEO and top ranking positions in the pharma industry, proving that there are available opportunities for women in pharma. Heather Bresch heads Mylan. Millennium, Takeda’s Oncology unit, had a female CEO, Deborah Dunshire prior to some restructuring in 2013. There are also women in pharma holding lofty titles, such as president, worldwide chairman, SVP, EVP, and/or C-suite positions.

I was also glad to read an article recently published in The News & Observer reporting that women actually dominate the workforce in contract research organizations (CROs). According to stats provided by some of the largest CROs, 60 percent of their workforces are women, and women hold 50 percent or more of managerial positions. (The article cites stats from CROs in The Triangle, including Quintiles, INC Research, PRA Health, PPD, and Rho.)

I’m not dismissing the fact that discrimination exists in the pharma industry. (A recent gender discrimination lawsuit against Novartis just last week suggests it’s clearly still an issue.) However, I don’t feel that a lack of female CEOs in pharma is purely a sign of the industry’s discrimination of women. While this could, and most likely does play some role in hindering women’s rise to the top, it’s also important to realize there are a number of other factors making the answers to  far from a black and white issue.

Something that is important to note however, is that many of those serving in prominent leadership positions are part of a different educational generation. The stats I found were all tallied within the last ten years. I would assume that, if I were to dig into the stats from 20, 30, and 40 years ago, the results might be more heavily skewed towards men in the sciences and business fields. In light of more recent educational stats, perhaps the question should change from “Why aren’t there more women in leadership?” to “When will there be more women in pharma leadership?”