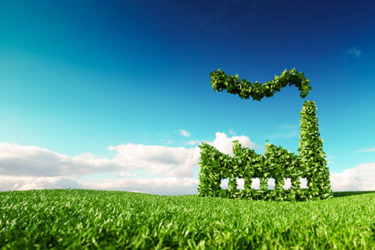 In part 1 of this two-part series, we began to compare the environmental impact of biopharmaceutical continuous manufacturing (BCM) with biologic batch manufacturing. We examined various metrics used to assess environmental impact and looked at water use, which plays a significant role in this impact. In this second part of the series, we will consider process efficiency, single-use technology (SUT), and facilities requirements, and compare and contrast BCM with batch manufacturing in a fixed facility.

It stands to reason that a more efficient manufacturing process can lower the environmental impact, and BCM is inherently more efficient than batch processing.1,2 This efficiency starts with upstream production operations. As mentioned in part 1 of this series, using a perfusion bioreactor in the N-1 stage of the cell culture train jump-starts the production process by introducing a higher density of viable cells into the production reactor.2 Perfusion bioreactors, in general, can lead to higher titers of final product and reduce unwanted substances (e.g., dead cells, host cell proteins, and other process-related impurities) coming out of the bioreactor. In one study, a fed-batch process had an overall process mass intensity (PMI) of 2,737, while a similar process using a perfusion bioreactor instead of a fed-batch bioreactor had an overall PMI of 2,105, a 23% reduction in overall PMI.3

Beyond the capacity to produce more starting material in the upstream process, BCM is also inherently more efficient at purifying that material than are batch processes (although, the transition from the upstream to the downstream portion of a fully BCM process remains one of the technical challenges for this technology).2 A typical mAb purification process involves four-unit operations, including Protein A capture, viral inactivation, a flow through anion exchange step, and some kind of polishing chromatography step (e.g., cation exchange).4 BCM processes often use multiple columns containing the same matrix connected in a series.1,5 The first column is overloaded, and the subsequent columns capture the overflow. This allows the process to achieve higher loading capacities with shorter residence times, thus increasing efficiency and often using less column resin and buffer.1,5 Because of the higher starting concentrations of product coupled with the increased capacities of the columns used, BCM processes generally lead to an overall lower sample dilution, which can minimize or eliminate the need for additional concentration steps.1 As an example, a BCM column configuration reported 53 times higher volumetric productivity with 90% less buffer consumption and 4.5 times higher concentration for a protein refolding process as compared with a similar batch process.1 A fully continuous process for recombinant antibodies that coupled a perfusion reactor to multicolumn downstream continuous flow operations achieved six times higher productivity as compared with a similar batch process, while another mAb BCM process reduced the required resin volume by 95% and buffer consumption by 44%.1 The increased production of starting material in perfusion reactors, coupled with the greater efficiency and reduced dilution of product in the downstream BCM purification, results in a more efficient process that yields more product using less resources.

One other point to consider with regard to process efficiency is that a more efficient process also results in less waste that needs to be treated and properly disposed of following manufacturing. High and low pH buffers need to be neutralized before they can be released into the municipal waste stream, and hazardous chemicals need to be isolated and stored for proper disposal. A more efficient process, by definition, produces more product with less waste and less impact on the environment. Furthermore, if the BCM process is under adequate control, rather than discarding an entire batch due to a failure during manufacturing, it may be possible to divert the production stream until the problem is resolved and then continue the processing, thus saving materials and resources.5

But What About All The Plastic?

While SUT can certainly be used for batch manufacturing, BCM is closely tied to SUT, including prepacked, disposable chromatography columns (which are generally reused for several batches before being discarded), cell bags, filters, and connectors. These types of disposable process technologies offer several advantages over more traditional fixed stainless-steel technologies in terms of flexibility and ease of use, which is important to developing a BCM process. As discussed in part 1 of this series, SUT also reduces or eliminates the need for extensive clean-in-place/sterilize-in-place (CIP/SIP) activities.6 While there are certainly negative impacts of disposable manufacturing materials on the environment, when these impacts are examined across the full process train, they are not nearly as impactful as the resources used in fixed stainless-steel facilities.6 The global warming potential (GWP) of a generic 2,000-L mAb process using SUT was shown to be 22.7 tons of CO2 per 1 kg drug substance, with most of the impact coming during the use phase of the process. When considering the environmental footprint from the end-of-life phase, disposal of the SUT materials, which is generally done by incineration or recycling, was extremely small, contributing at most 3% to any impact category.7 In another study comparing SUT vs. fixed-facilities for a 10-batch mAb campaign at 2,000-L scale with a mAb titer of 6 g/L, the cumulative energy demand (CED) and GWP for the SUT process were 38% and 34% lower, respectively, than for the fixed facility process, primarily due to reduced water and energy use.6 Any examination of the impact of SUT should also include transport of the components to and from the facility (something generally only required once for equipment at a fixed facility) and the requirement to irradiate the SUT for sterilization purposes. The supply chain requirements for SUT are only slightly higher than for fixed facilities, representing <1% of the overall life cycle impact of the facility.3 Furthermore, the durable equipment in a fixed facility has an expected life of ~10 years, after which it also has to be replaced, which can be considerably more environmentally costly than regularly replacing SUT.6

Another advantage of certain SUT, like single use membrane filters, is that they do not require the use of caustic chemicals and other harsh treatments to clean and sanitize the equipment and resin after each use, as is required for reusable columns. For example, sodium hydroxide solutions of anywhere from 0.1 M to 1 M are used to clean, sanitize, and store chromatography column resin.8 These cleaning solutions must then be neutralized prior to being discarded. Replacement of the reusable resins with SUT, like chromatography membranes, further reduces the the amount of effluent that needs to be treated before it can be released into the municipal waste stream.

In addition to the equipment used to produce and purify the product, the environmental impact of the physical facility itself must also be considered. A fixed facility designed to produce biopharmaceuticals takes many years and a lot of specialized materials to build and, if it is not designed with flexibility in mind, can be difficult to alter to manufacture a different product.5 These types of facilities can be quite large and require dedicated heating, air conditioning, and ventilation systems (HVAC) designed to maintain the proper air quality and climate control for each stage of the process. Furthermore, fixed facility batch processes often include hold steps that require appropriately large hold vessels, which need to be properly maintained in a controlled environment, which can also contribute to the size and energy requirements of the facility.5 The energy requirements for such a fixed facility can be considerable, which substantially increases the CED and GWP of such a facility, but switching to SUT can reduce the impact by 38%.6 The energy dedicated to HVAC in a fixed bioprocessing facility is estimated to constitute 65% of the total energy requirement of the facility.9 Perhaps not surprisingly, the higher the area classification or grade of the space within the facility, the greater the energy consumption, with the average energy consumption per floor area ranging from 47 kWh/m2 for unclassified space to 854 kWh/m2 for class B space.9 In contrast, BCM processes, which are usually closed systems, require less environmental controls to maintain the area classification and therefor consume less energy.1 It should also be noted that the level of CO2 emission from a facility is a function of the energy requirement, further contributing to the environmental impact of a facility.9

A flexible facility designed to accommodate SUT and amenable to BCM can be much smaller and less environmentally impactful than a fixed facility.3 BCM is generally more efficient than a batch process, so a smaller physical footprint is required to produce the same amount of material.1,2 In addition, BCM processes using SUT are, by design, closed systems that are less vulnerable to the air quality of the facility and therefore have less impact due to fewer requirements to maintain a certain air quality throughout the facility.7 There can also be a significant reduction in consumables – like media, buffers, and resins – needed in a BCM process, which further equates to a reduced facility footprint as storage and hold requirements are reduced.5 A BCM process also benefits from the lack of hold steps, which eliminates the need for holding tanks in the facility.5 There are other factors that are more difficult to quantify with regard to facilities and environmental impact, including human operators. Here, too, BCM can provide some benefits since it generally requires fewer operators and maintenance people to run the process and maintain the facility, as well as fewer resources to build the facility.2 BCM processes also have the added benefit of being flexible and scalable using the same equipment. A process can be developed and validated on the same equipment that will be used for commercial manufacturing batches.2 When the process is ready to be scaled up, it is possible to simply run the BCM process for a longer duration to increase the output of material. This saves on the effort and environmental impact of scaling up a batch process from development scale to commercial scale and eliminates the need for a pilot facility.

Upon consideration of BCM as an alternative to batch manufacturing, reduced environmental impact can be added to the list of advantages for BCM. As discussed in part 1 of this series, water use dominates the environmental impact of a fixed batch manufacturing facility, not only for production of growth media and buffers, but even more so for CIP/SIP operations and production of WFI used in these processes. The higher efficiency of BCM, coupled with the use of SUT, greatly reduces the water needed for such a process. BCM processes also tend to result in smaller waste streams that need to be treated prior to disposal.3 BCM facilities are smaller and can require less environmental control than fixed facilities, further reducing the environmental impact. Furthermore, the flexibility of BCM processes and facilities allows for more efficient manufacturing, further saving resources. As BCM technology improves and is implemented in commercial bioprocessing, additional benefits in terms of environmental impact are likely to be realized, and these should be considered in the decision to use BCM in the manufacturing of biotherapeutics.

Due to the importance of BCM to the future of biomanufacturing, the United States Pharmacopeia (USP) and BioPhorum are organizing a joint workshop on Continuous Manufacturing of Biologics to be held Dec. 7 and 8 in Rockville, MD.

John F. Kokai-Kun, Ph.D., is director, external scientific collaboration for the US Pharmacopoeia. He received his Ph.D. in microbiology from the University of Pittsburgh, School of Medicine, and has more than 20 years of experience in drug development. He has held various positions with several biotechs and pharma companies, where his R&D efforts have focused primarily on biologics and vaccines. Kokai-Kun was also an adjunct assistant professor of microbiology and immunology at the Uniformed Services University of the Health Sciences and is retired from the United States Army.