Who's YOUR Yoda? What Star Wars Can Teach Us About GMP/Quality Mentoring 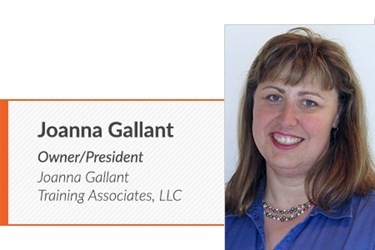 The newest round of Star Wars mania got me thinking about one of the themes in the movie series — mentoring.

Mentoring is a critical function in GMP environments, so let’s explore mentoring and move between the movies and our GMP/quality environment to show application and impact.

To me, Yoda is mentoring personified, so we’ll use him as our primary example and weave in some others for good measure.

What lessons can we learn from Jedi Master Yoda and the Force?

1. Mentoring is important to our story — it’s how we ensure we do what we do well.

In the Star Wars movies, Luke discovered and started using the Force with Obi Wan Kenobi, then went to Dagobah to train with Yoda to become a master of the Force and train as a Jedi. The storyline follows Luke’s development and mastery of this set of skills.

Now think about Star Wars without the Force and without Luke’s mentors: It wouldn’t exist.

How this translates to GMP/quality: For us, the concepts of GMP and quality are our “Force” — and these aren’t always apparent to new people coming into the life science industries.  Their ability to learn what quality and compliant behaviors are relies on mentoring from others who guide them through developing the skills and knowledge that enable good decision-making, and that enable compliant behaviors to become habits.  This, in turn, drives better performance and furthers compliance and understanding throughout our organizations.

Mentoring often — but not always — falls to our managers, supervisors, and leads.  These individuals should recognize and embrace the fact that mentoring is a significant part of their job. After all, their success relies on being able to obtain results through others, while managing personnel and operational performance.  What better way to do this than mentoring?

For example, I recently delivered a GMP refresher targeted to manufacturing personnel. During the first break, an attendee told me he didn’t understand how GMP applied to him, because he wasn’t in manufacturing.  We discussed where he worked (shipping), and as the session continued, I chose examples from his environment and spoke with him afterwards to help further his understanding of how the GMP concepts we addressed fit into the operations he knows and performs.  He has been in his position for almost a year, and I got the sense I was the first to address GMP and how it translates to daily operations with him. He seemed to want to understand so that he could do what was expected of him.  So why didn’t we seize the opportunity to mentor this willing learner in the ways of GMP?

Yoda isn’t the most imposing figure you’ll ever see.  He’s tiny, 800+ years old, and lives an isolated life in a swamp. He doesn’t fit our image of a leader, he’s not in a position of power or influence, and as a result, we certainly don’t expect him to have the abilities he possesses. But, as evidenced by his battle with Count Dooku, Yoda is fully capable of using the Force and his Jedi abilities when needed. And he’s been teaching others those skills for a long time.

How this translates to GMP/quality:  We often think of our leaders or management as mentors.  But that’s not necessarily true.  Anyone who teaches skills, provides feedback, or models behaviors can be a mentor.

Consider these non-management examples of mentors:

And there are more.  For example, someone I consider a mentor is a trainee from my early days in training — she shaped my philosophy on training. She came into my session excited for the learning experience, but because of dry content and lecture delivery, I watched her lose that excitement, and it was horrible to see.  Immediately afterwards, I told my manager I never wanted to see that happen again. From that day forward, I ensure that, in every course I deliver, people see how the content applies to them and are able to interact with it in a variety of ways.  She doesn’t know it, but the “feedback” she gave me changed my life.

3. Mentors should be masters of their craft.

Yoda embodies the Force, is a master of it himself, and teaches Jedi the skills and techniques to control and use it. Think about that — Yoda takes something that no one can see or touch, and teaches Luke about it and how to manipulate it.

How this translates to GMP/quality:  Over the course of my career, I’ve heard GMP/quality described as a code of ethics, a philosophy, a mindset, and — my favorite — as “religion”.  Common to all of these is that, while the rules are in writing, the execution must be mentally bought into and lived to be successful.

Those who mentor others must have “found religion”: They must understand the what, why, and how of the expectation and hold themselves to operating to that standard consistently.  It’s a mindset, internalized and applied to determine appropriate actions in a variety of situations.

So to successfully mentor others, we must be able to convey that mindset and explain what drives it in a convincing way, so that others can also internalize and live it.

Do we have to know everything to mentor someone else? No.  We need to be good at what we do, so we can guide others to do the right things, and be willing to direct people to other guides when we reach our limits. No one will ever know everything — embrace what you do know, then make yourself and others around you the best you possibly can at it.

4. Mentoring doesn’t have to happen on Dagobah.

Although Luke went to Dagobah to train with Yoda, his initial mentoring in the Force occurred on the Millennium Falcon, with Obi Wan Kenobi.  But we also saw him learning and practicing his craft elsewhere, while attacking the Death Star, with the Emperor, and on Hoth to name a few.

How this translates to GMP/quality: Not only must we teach people what to do and how to do it, almost more important is teaching them to recognize when to use specific skills.  Much of this can only be done by mentoring personnel through unusual, unexpected, or unfamiliar situations as they happen, or through discussions of what could happen and how to handle these situations.

For example, we teach people to document activities in the official record — which is great, so long as everything goes according to plan.  The problem begins when unexpected things happen; often, there isn't a space in the record for the unexpected. What should the person do? What should they document, where, and why?

Mentoring can happen anytime a teachable moment arises — someone asks a question, finds a problem, or isn't sure how to handle a situation.  Saving those conversations until you're in front of a specific piece of equipment or for a performance review does everyone a disservice.

Development is about the experience and the knowledge, not necessarily the location.

5. Mentors need to be willing to let people fail in the name of learning, but be ready to help them get back on the right path.

During training, Luke failed to raise his crashed X-wing starfighter from the swamp using the Force. After watching Yoda successfully accomplish the feat, an astonished Luke stammered, “I don’t … I don’t believe it.”— To which Yoda responded, "That is why you fail." Luke didn’t believe in himself or Yoda, until Yoda did what he thought was impossible.

Yoda also knew Luke would cut short his training to help his friends. Despite being warned of the danger he and his friends would face, Luke still chose to go.  Yoda let Luke make the decision, even if it was the wrong choice.

How this translates to GMP/quality: As hard as it is to watch, and as much as it may add extra work to tasks, people sometimes have to fail first in order to become successful.  We just need to ensure they don’t fail in such a way that it’s unrecoverable, and we need to be ready after the fact to continue educating them.

For example, consider the group that packaged newly manufactured product for shipment as it came off the manufacturing line.  As the group applied labeling and distributed package inserts, they had labeling accountability requirements to meet. Each time a new person started in the group, the supervisor explained the importance of paying attention so there would be no labeling discrepancies.  And, invariably, the first time the new person participated in the operation, the group would have to unpack and check the labeling in each box because of a discrepancy.  Once it happened, the new person understood the impact of failure, and would pay closer attention going forward.  Everyone in the group did the same thing when they started, and the mistakes simply involved an extra check to find the error and some additional documentation — minimal impact, in the grand scheme of things, but a failure that had to happen for the person to learn.

6. Mentoring isn't always successful, but that doesn’t mean we should stop trying — or that we have failed as a mentor.

Earlier, I referenced a battle between Yoda and Count Dooku, a former student turned to the Dark Side. Dooku attacks, commenting that he’s now more powerful than Yoda.  Yoda successfully defends himself, saying, “Much to learn, you still have.” And after this experience, he continued training other Jedi, including Luke.

How this translates to GMP/quality: Mentors can only show people the path — they must decide whether to travel that path or go their own way. Some will understand and make the right decision, while others won’t. And we may need performance management processes in some cases.

But failing with one person doesn’t mean we should stop trying to guide others.

For example, I once mentored a trainer who didn’t understand the concept of discriminatory comments, and therefore wasn’t behaving appropriately in a classroom.  We spoke several times about comments I heard or examples provided to me by others, and why they were inappropriate and discriminatory.  No offense was intended on the trainer’s part, but the comments were still problematic.  Despite repeated efforts to change the person’s understanding and behavior, the comments didn’t stop — so as their supervisor I had to manage their performance, and chose to reassign the person to support responsibilities.  At the same time, I was mentoring other trainers, and was lucky enough to be able to watch them spread their wings and become successful.

Everyone in regulated industry has been mentored in some way.  Sharing knowledge and guiding performance through mentoring benefits our culture of quality by ensuring consistent understanding and application of practices, along with development of skills that are important for success in a regulated environment.

As a final illustration, I consider three people as my Yodas — primary mentors in my career. Two were my direct managers, and one my manager’s manager.  They taught me “religion,” problem solving skills, big picture of the industry, and how to make that meaningful to others, and much more.  But there are others I’ve learned from — far too many to mention.  And now I try to pay it forward by mentoring others.

So I ask: Who’s your Yoda?  And, more importantly: To whom are you serving as Yoda?