That’s why Altis developed a next-generation intestinal platform that produces a layer of human intestinal stem and differentiated cells – either of the large or small intestine – that can be used for compound screening, disease modeling, and microbiome research. It can also be used to study many aspects of drug disposition including toxicity, metabolism, drug absorption, and efficacy.

Altis Biosystems is a spin-out company from the University of North Carolina at Chapel Hill and based in Durham, North Carolina. The intellectual property behind its stem cell platform was created as part of an NIH Transformative Research Award to develop a microfluidic organ-on-a-chip mimic of the human colon and awarded to Altis’ scientific founders. We are proud to have industry leading scientists on our team, capable of disrupting preclinical studies, and accelerating drug development to produce more effective drugs. 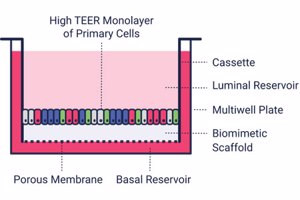 The monolayer format produces a continuous layer of stem or differentiated cells on a flat and porous surface. 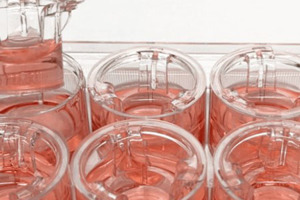 The form factor for RepliGut® kit is a multiwell plate, which can be provided in 12 or 96 well sizes, depending on a scientist's needs. Each well contains a cassette insert with an individual tissue sample. 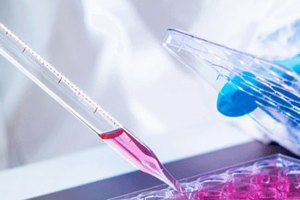 Accurate biological screening based on real human intestinal tissue, with a standardized workflow for reliable and reproducible data, RepliGut® represents  the next generation for in vitro testing with faster actionable data.