Are You Missing Out On The Benefits Of Microparticle Technology For Oral Drug Solubility Enhancement? 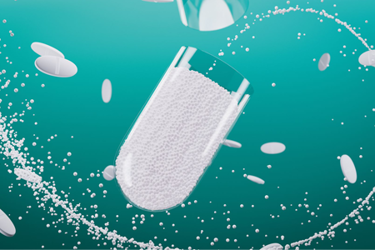 Spray-dried dispersions, hot-melt extrusion and solubilizing excipients are the most common techniques for solubility enhancement, but the pharmaceutical sector needs new developments to maximize amorphous solid dispersion benefits. The very high number of new molecular entities which are poorly soluble, the dependency on formulation and processes for pharmacokinetic performance and the inability of existing manufacturing technologies to overcome these hurdles are all potential barriers to optimal drug delivery.

The increased use of oral microparticles offers a potential solution. Microparticles – which consist of the drug and polymer – have been widely studied for decades as an attractive formulation technology for controlled and extended drug release. They are mostly developed for use in parenteral drug formulations. After injection, microparticles continuously release the drug and maintain the drug level within the therapeutic window over time to provide long-term therapeutic effects.

The drug is encapsulated inside the polymer matrix. After administration, the polymer either dissolves or degrades in the human body, then the drug in released from the microparticles.