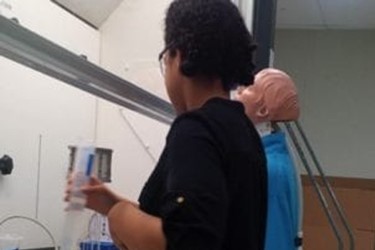 For many years, the containment/lab exhaust industry has frequently heard the phrase “my fume hood doesn’t work!”

Most of us who start our careers being frustrated with this comment eventually learn that it is a cry for help from people who want effective exhaust and are focused on the most tangible element of the exhaust system, the exhaust hood. Technically, the customer is 100 percent correct. If fumes escape from the containment area, the hood is not working. We only need to add two words to make the sentence both technically and comprehensively correct: “the fume exhaust system is not working!”

While there are “bad” fume hoods1, anything wrong with the entire system (exhaust fan, ductwork, building configuration, make-up air, automated regulative dampers) may cause a lack of containment in a hood. As fume hood manufacturers, we strive to make our hoods robust; that is capable of surmounting minor issues in other lab exhaust system components. However, major system issues2 will always be a threat to system containment.

The situations described below involve fumes being detected in labs. This scenario is frequently discovered or verified with the ASHRAE 110 containment test. A complete description of this test is beyond the scope of this paper, but it can be summarized as diffusing a tracer gas, usually sulfur hexafluoride (SF6), into a fume hood. A sensor is placed in the breathing zone of a mannequin 3” past the hood sash plane. If SF6 is detected in the mannequin breathing zone at a concentration at or above 0.050 ppm, the tester and colleagues start looking for things that may be adversely affecting fume hood containment.

1. Some early hood designs would release contained fumes because fumes would get trapped between sash glass and bypass when the sash was raised. This is just one of many examples.