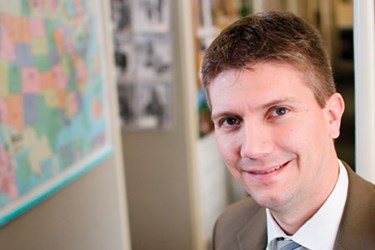 While still an emerging technology, much has been written about how 3D printing is already revolutionizing the healthcare industry. The media is awash with stories of how 3D printers are being used to create everything from custom prosthetics and surgical implants to assisting with facial reconstruction — all of which are enhancing the lives of patients. However, by contrast, examples of how 3D printing can be applied in the pharmaceutical industry have been almost nonexistent — until now.

Recently, researchers at the University College London (UCL) School of Pharmacy and FabRx, Ltd. published a paper titled Effect of Geometry on Drug Release From 3D Printed Tablets. This paper details a method in which 3D printing and hot melt extrusion can be used to create medicinal tablets in various odd shapes that would be difficult to produce via traditional manufacturing methods. Moreover, the paper illustrates the direct correlation that exists between the shape of a tablet and the rate at which the drug is released into a patient’s bloodstream.

For this study, researchers used a method of hot melt extrusion — a widely used technique within the pharmaceutical industry to evenly spread medication throughout a water-soluble PVA (polyvinyl alcohol) polymer — to create a drug-infused 3D printer filament. Specifically, researchers purchased a water-soluble PVA filament from MakerBot and some USP-grade paracetamol (also known as acetaminophen) and salts. They then cut the filament into small (2mm) pieces, mixed in the paracetamol, and extruded the mixture from a Filabot filament extruder at 180 degrees C.

Using AutoCAD 2014, the researchers then designed five tablets, each with a distinctly different shape — a cube, pyramid, cylinder, sphere, and torus (i.e. ring/donut). The sizes and shapes of each tablet were varied using the scale function of the software to fabricate tablets with a constant surface area (275 mm2), surface area/volume ratio (1:1), or weight (500 mg). In all cases, however, the ratio of the length, width, and height of each shape was kept constant. Finally, researchers printed each tablet using the drug-infused filament and a MakerBot Replicator 2X Desktop 3D printer.

Once the tablets were printed, researchers conducted dissolution tests to determine the drug release profile of each pill. They found that when the surface area of the printed tablets was kept constant, the drug release rates were the fastest in the pyramid-shaped tablet, followed by the torus, cube, sphere, and finally the cylinder. This order is directly correlated with the tablets’ surface area/volume ratio, with the pyramid tablet having the highest value and the cylinder the lowest. This led the researchers to conclude that the geometrical shape of a tablet undoubtedly influences its drug release profile.

Tablet Shape Matters In More Ways Than One

So what implications will this study have on the pharmaceutical industry? Will drug companies start producing tablets in different shapes to achieve desired drug release profiles? Not likely. Not only is producing tablets of different shapes difficult (if not impossible) using traditional manufacturing methods, but there’s a good chance oddly shaped pills would be rejected by patients.

“The visual appearance of a tablet is a very important consideration for patients,” says Dale Natoli, President of Natoli Engineering Company. “In particular, tablet size and shape is critical to patient medication adherence. In other words, patients won’t take their medicine if a tablet appears difficult to swallow.”

Natoli, in conjunction with his pharmaceutical clients, has conducted several studies that examine how the shape, density, and texture of tablets impact consumer acceptance. He even authored a whitepaper titled First Impressions: Tablet Shape Can Impact Patient Acceptance where he outlines why patients prefer the smoother edges of tablets with a flat-faced radius edge design as opposed to those with a more traditional flat-faced bevel edge design.

In short, the pharmaceutical industry didn’t just randomly choose to standardize drugs in tablet and capsule form. These shapes, over time, have demonstrated themselves to be the easiest to swallow and the most widely accepted by patients.

Alvaro Goyanes, Postdoctoral Research Fellow at UCL School of Pharmacy and one of the lead researchers involved in the 3D printing study, is in complete agreement with Natoli’s assertion that patients won’t take pills that are hard to swallow. As a result, he doesn’t foresee companies producing tablets in pyramid, cube, or other difficult-to-swallow shapes simply because of the drug release information brought forth by the study. To Goyanes, the fabrication of the different tablet shapes was simply a proof of concept, and the real impact of 3D printing on the pharmaceutical industry will be very similar to the role it’s playing throughout the rest of the healthcare industry — it will allow for greater personalization and customization.

For example, while producing a tablet in a pyramid shape may not be practical because it is difficult to swallow, what if holes could be placed throughout an already easy-to-swallow tablet or capsule shape to change the surface area-to-volume ratio and modify the drug release rate based on patient need? This type of pill modification and fabrication would be possible with 3D printing.

To Goyanes, the most promising application of 3D printing technology in the pharmaceutical industry would be its ability to provide more customized doses of medications for patients. Currently, pharmaceutical manufacturers mass produce tablets and capsules in predefined, commonly prescribed doses (10 mgs, 30 mgs, 50 mgs, etc.). Oftentimes, patients need to break capsules into pieces in order to get the right dose for their needs. According to Goyanes, this is a common practice for patients taking anti-cancer drugs because of the toxicity levels of these medications.

“With 3D printing, the punch and die limitations of tableting machines disappear,” says Goyanes. “Tablets with precise personalized doses can be printed on-demand by pharmaceutical companies or even at hospitals or home health agencies to administer to patients at the point of care. I believe 3D printing can play a critical role in helping the pharmaceutical industry address the needs of personalized medicine.”