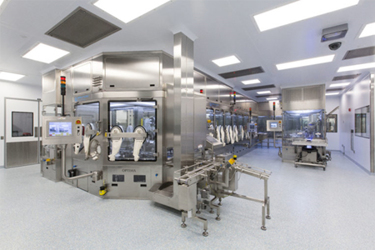 An extremely wide range of advanced therapeutics are administered as parenteral drug products. The stars of the pharma universe currently are the 11.8 billion doses of messenger RNA (mRNA) inoculations that have been delivered globally. Now a blockbuster-enabling technology, mRNA-based pharmaceuticals are poised to take off near-term and set to provide a solid foundation for the huge growth expected for injectable drug products of all kinds.

The market for all sterile injectable (SI) drugs and their delivery devices is growing fast. Many of today’s most advanced therapeutic molecules are parenteral, administered via injection or infusion and dispensed by healthcare providers (HCPs) around the world.

With parenteral drugs every dose requires an aseptic process train within a highly controlled manufacturing space to assure 100% product sterility. For much of pharma’s manufacturing history, sterile environments were dedicated to a product and built large enough to achieve the economies of scale necessary to deliver a return on the capital invested.

Traditionally, cleanrooms were fabricated on-site over long complex project timelines using stick-built construction methods. For much of pharmaceutical plant history, the fact that this method was cumbersome to engineer and slow and expensive to construct, was not an issue providing it functioned, was validitable and compliant. The traditional development of commercial pharma cleanroom space historically involved a “committee” of contractors and technology integrators to deliver the cleanroom space. Such a list might include a host of team members to cover all critical project elements, but without a single source who was ultimately responsible for the performance of the cleanroom asset.

Read how modular technologies deliver as a comprehensive system offer a cascade of cost-efficiencies in construction and subsequently in operation. This is especially true relative to the expected demand for modular cleanroom systems to support the SI manufacturing sector.