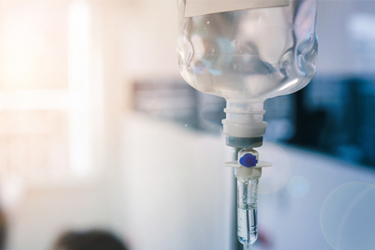 A pharmaceutical manufacturer contacted Silverson as they wanted to develop a production process for an intravenous oncological medicine. The medicine would consist of a low viscosity liquid into which a hormone based active ingredient (AI) needed to be dispersed. The nature of the hormone was the challenge in this application as it had to be dispersed finely enough so that the suspension remained stable and didn’t separate over time, but it could not be over-sheared otherwise the associated medical effects could not be guaranteed, leaving a small margin for mixing and dispersing the AI effectively.