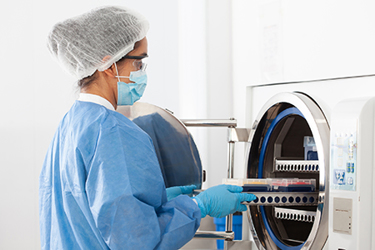 Vapor Hydrogen Peroxide (VHP) under ambient pressure conditions is used in industrial settings to decontaminate aseptic fillings lines. In hospitals, VHP in a pre-vacuum modality is used mainly to sterilize instruments such as endoscopes and others that may be sensitive to high temperature steam. VHP can be considered, relatively speaking, to be a “new” method for sterilization/decontamination. The use of high temperature steam/moist heat, low temperature steam/moist heat, dry heat, and ethylene oxide (EtO) as sterilization techniques have been around for decades. Hydrogen peroxide has only recently started to be used as a means of large-scale decontamination/sterilization.