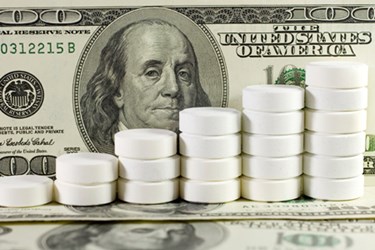 High prescription drug prices continue to draw the ire of the American public. So much so, the issue has become a central platform for many 2016 presidential hopefuls. However, several states (including New York, California, Massachusetts, and Pennsylvania) aren’t waiting for federal measures to address this problem. These state legislatures have introduced their own cost transparency bills that demand pharmaceutical companies to disclose their research, development, manufacturing, and other costs to justify the final market price of a drug.

The pharmaceutical industry is no stranger to complying with transparency requests. For example, The Physician Payments Sunshine Act requires pharmaceutical companies to publicly report any financial relationships they have with physicians and teaching hospitals in the interest of exposing any potential conflicts of interest. Furthermore, the pharmaceutical industry also recently embarked on its own open data access initiative — working together to share clinical trial data in an effort to reduce R&D costs and get new, innovative therapies to market faster.

While these examples of transparency in pharma have proven effective, the concept of price transparency is inherently more complex. First, the prospect of divulging costs would in and of itself prove difficult because pharmaceutical manufacturers (and most for-profit companies for that matter) simply aren’t wired that way.

“Calculating the cost of a drug is difficult to do because there are so many variables to consider,” says Brian Corvino, SVP of Global Consulting Services at Decision Resources Group. “For example, since most drugs take years to develop, how would a company account for the overhead and R&D costs that span over this time period? How would all the failures that ultimately led to the approval of a particular drug be factored into the equation? How would clinical trial costs be accounted for? These aren’t static line items. They’re variable targets that are open to interpretation.”

Rather than tabulating capital costs and return on investment, pharmaceutical pricing is largely set by determining what the market will bear.

“Pharma companies research the prices of similar drugs already on the market, the benefit of their drug versus therapeutic alternatives, and the tipping point where a price might negatively impact adoption or reimbursement,” says Dr. James Bianco, President and CEO of CTI Biopharma. “This is how they ultimately land on a list price for a medication.”

The free market aspect of the American healthcare system also makes price transparency particularly problematic. Understanding the price of a drug overseas is a relatively straightforward proposition because there is a single payer that negotiates that price with the pharmaceutical company. Things don’t work that way in the U.S.

“Complying with something like The Sunshine Act is largely a non-issue because pharmaceutical companies control their sales forces and their physician investments,” says Ric Cavieres, Commercial Leader for Advisory Life Sciences for EY (Ernst & Young). “However, the end price of a drug isn’t something that pharmaceutical manufacturers control by themselves. Instead of a single payer, pharma companies must work with multiple payers in the U.S. market — each of which negotiates their own rebates against the medication’s wholesale acquisition cost. These rebates can range from 10 percent to 50 percent and ultimately determine the final price of the drug.”

To be truly transparent, pharmaceutical manufacturers would not only need to divulge their own costs, but also the negotiated rebates and discounts it has agreed upon with every payer it works with. Health insurers aren’t too keen on disclosing these confidential business agreements because they don’t want to reveal the discounts they are receiving compared to their competitors.

The Prospect Of Outcomes-Based Pricing

The complexity of prescription drug price transparency in the U.S. is unlikely to save pharmaceutical manufacturers from complying with the practice if state or federal cost transparency legislation passed. However, even if this were to transpire, most experts agree that the mere process of disclosing pricing methodologies would do little to actually lower drug costs.

“Divulging not only costs, but the clinical and health economic evidence pharmaceutical companies use to justify a price would only serve to change the nature of the debate,” says Peter Gilmore, Principal of Healthcare and Life Sciences at KPMG. “In all likelihood, government bodies and the American public would challenge the calculations drugmakers apply to the clinical value their drug provides over treatment alternatives, and the stalemate would continue.”

These experts believe that true progress in the area of prescription drug costs lies not in transparency, but in outcomes-based pricing. Healthcare providers in the U.S. are already moving down the path of transitioning from the traditional fee-for-service system to a pay-for-performance reimbursement model that provides tiered payment based on patient outcomes. There is growing consensus that adoption of a similar performance-based pricing model is largely inevitable in pharma.

In an outcomes-based contract, the price of a drug is contingent upon its performance within an individual patient or patient population. In other words, payers and/or patients would pay the premium asking price for a medication only if it achieves agreed upon desired outcomes. These stakeholders would pay less (or nothing at all) if the drug doesn’t work as advertised.

Since very few prescription drugs are 100 percent effective, this approach ensures that only those patients that benefit pay for the medication — essentially providing built-in cost justification and potentially lowering overall costs to the healthcare system. It’s important to note that performance-based pricing isn’t likely to be applied to the industry en masse. The model is definitely more appropriate for certain diseases and drug classes than others. Nevertheless, the potential impact of this pricing shift could be monumental.

“Outcomes-based pricing would totally change the pricing paradigm in the pharmaceutical industry,” says Gilmore. “Currently, if you receive a prescription for 30 days of pills or an injection, you pay for it up front whether the medication works or not. With pay-for-performance, insurers won’t pay for a drug therapy until it is proven effective.”

Performance-based pricing also has the potential to forever alter the competitive landscape in pharma. Currently, many competing products in the same drug family or class demand similar premium prices. In an outcomes-focused environment, these drugs would be more directly measured against each other in terms of effectiveness.

“With performance-based pricing, not everyone can claim to be the best in class,” says Cavieres. “Outcome measurements will clearly indicate which drugs perform better than others for specific diseases and/or patient types. If a certain drug performs significantly better than competitors, then that manufacturer can demand and receive a premium price. Conversely, if a drug doesn’t perform as well as a competitive product, it must demand a much lower price or it won’t be prescribed at all. In essence, performance-based pricing provides true transparency into medication effectiveness.”

Adopting outcomes-based pricing in pharma isn’t just something that is likely to appeal to payers, government bodies, and consumers. The concept seems to be resonating with pharmaceutical manufacturers as well.

“As discussed, pharmaceutical companies don’t want to focus on the cost side of the curve,” says Dr. Bianco. “However, they’re more than willing to focus on patient benefit and efficacy. This is why many are open to the idea of outcomes-based contracting.”

Novartis is one pharmaceutical manufacturer that has already begun to experiment with a performance-based pricing model. The company is testing the approach on its new heart failure drug — Ernesto. Ernesto is the first new drug in decades designed to help patients whose hearts can’t pump blood efficiently. However, to reach as many patients as possible, Novartis knows it will compete with several older, inexpensive medications used to treat the same condition. The company hopes to demand a premium price for Ernesto by proving that the drug is measurably more effective than other competitive products on the market.

In response, Novartis is sharing the risk with payers and patients through outcomes-based contracts. Only patients that realize the anticipated benefits from Ernesto will be charged the premium price for the drug. These patients will experience a marked increase in their drug costs, but the benefits of Ernesto will ultimately reduce their long-term medical bills.

If outcomes-based pricing is a looming reality in pharma, what do drugmakers need to do to prepare for this paradigm shift? Gilmore offers the following three suggestions for continued success in a pay-for-performance driven market.

The prescription drug pricing debate clearly isn’t going away. If anything, the issue will only make more headlines as we enter an election year. Steps will likely be taken to rein in drug prices that are widely perceived as exorbitant. While some call for transparency, it looks more and more like outcomes-based pricing is a more probable and realistic approach to addressing the issue in a way that is satisfactory to not only the government, insurers, and the public, but the pharmaceutical industry as well. It will be interesting to see if outcomes-based pricing measures are mandated or if more pharmaceutical companies take it upon themselves to price certain products using this model. In any case, pharmaceutical manufacturers should prepare for this potential pricing paradigm shift.