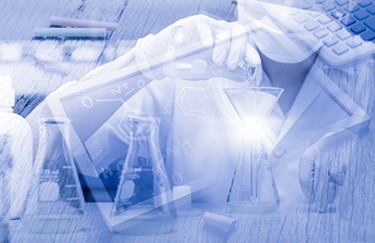 As competition and growth in the biotherapeutic industry continues, the need to reduce cell line development costs and decrease time-to-market is more crucial than ever. Ideally, the same host cell line would be used from discovery through large-scale manufacturing. The cell line of choice for biotherapeutic manufacturing is Chinese hamster ovary (CHO) cells. Historically, using these cells in transient systems for rapid production of sufficient quantities of protein for candidate screening has been challenging. Researchers have relied on alternative systems that use human embryonic kidney (HEK) cells, which have been able to deliver sufficient quantities of protein during the discovery phase. Once a molecule was identified, a stable CHO cell clone would be created for late development and clinical material generation. This approach requires a transition to a new host cell line, incurring additional time and expense when moving from transient to stable clone production.

The Gibco™ ExpiCHO™ Expression System enables the use of the same CHO host cell line from discovery through large-scale production, therefore shortening development timelines. This approach enables seamless discovery and production of the desired protein. The ability to transiently produce CHO cell–derived proteins as early as possible in the biologics development process is highly advantageous, as it minimizes the potential for changes in protein quality and function, which are often observed when moving from HEK to CHO cell lines.