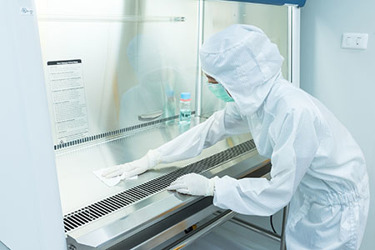 If you are involved with the world of sterilization, you are no doubt familiar with the ‘‘unexpected positive biological indicator’’ and the subsequent problems that ensue. If your involvement in sterilization is related to vapor phase hydrogen peroxide (VHP) at ambient pressures, then this subject can lead to sleepless nights.

Other sterilization processes, such as saturated steam under pressure with a pre-vacuum air removal, have penetrative capability. The same is not true for ambient pressure gassing processes. Due to the limited penetrating capability of VHP, presentation of the spores on the carrier surface is critical. In addition, presence of debris amongst the spores may lead to spores surviving VHP exposures where kill was otherwise expected; a concept referred to as ‘‘rogue BIs’’ in various publications.

How then does one proceed should the undesirable, unexpected growth-positive biological indicator (BI) appear during cycle qualification and/or requalification studies? We discuss the concept of using triplicate BIs, not as a reaction to having obtained an unexpected growth-positive BI in your vaopr hydrogen peroxide cycle, but as a proactive measure.